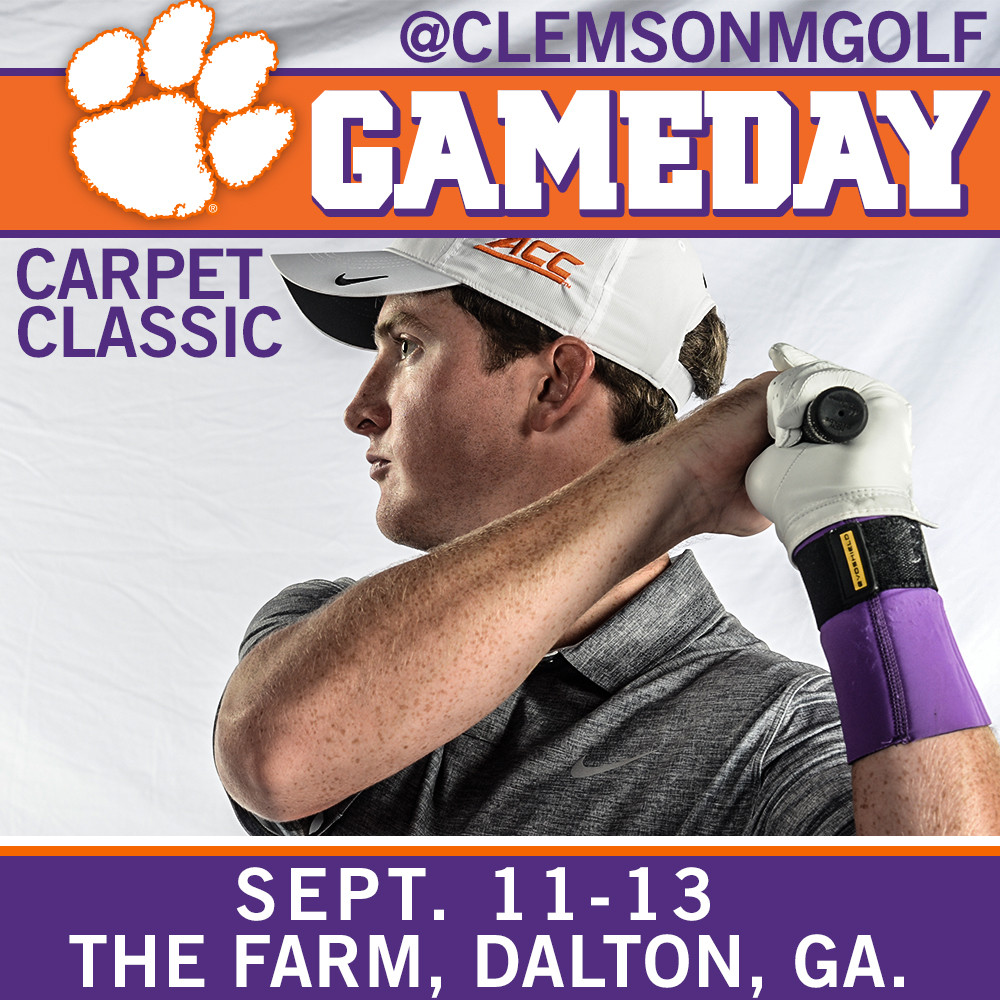 Other Notes of Interest:   Former Clemson All-American and current PGA Tour Top 30 player Ben Martin shot a 64 in his second career round for Clemson at the Carpet in 2006…he is planning on watching the Tigers for one of the days this weekend…Self won team qualifying to get the final spot in the Clemson lineup…first true freshman to make lineup for opening tournament since 2013 when Austin Langdale and Carson Young were both in the first tournament as true freshmen…Capps and Young in Clemson lineup and both played in the U.S. Amateur in August…Clemson is ranked 30th in the preseason Golf World Coaches Poll….last year Clemson finished sixth out of 14 teams with a nine-under par 855 score…Cody Proveaux, still on the Clemson team, but not playing this week, was Clemson’s top finisher with a fourth place, seven-under-par…Miller Capps finished 10th with 212 score and he will be in the Clemson lineup this week…Stephen Behr shot even par 212 and was 23rd.