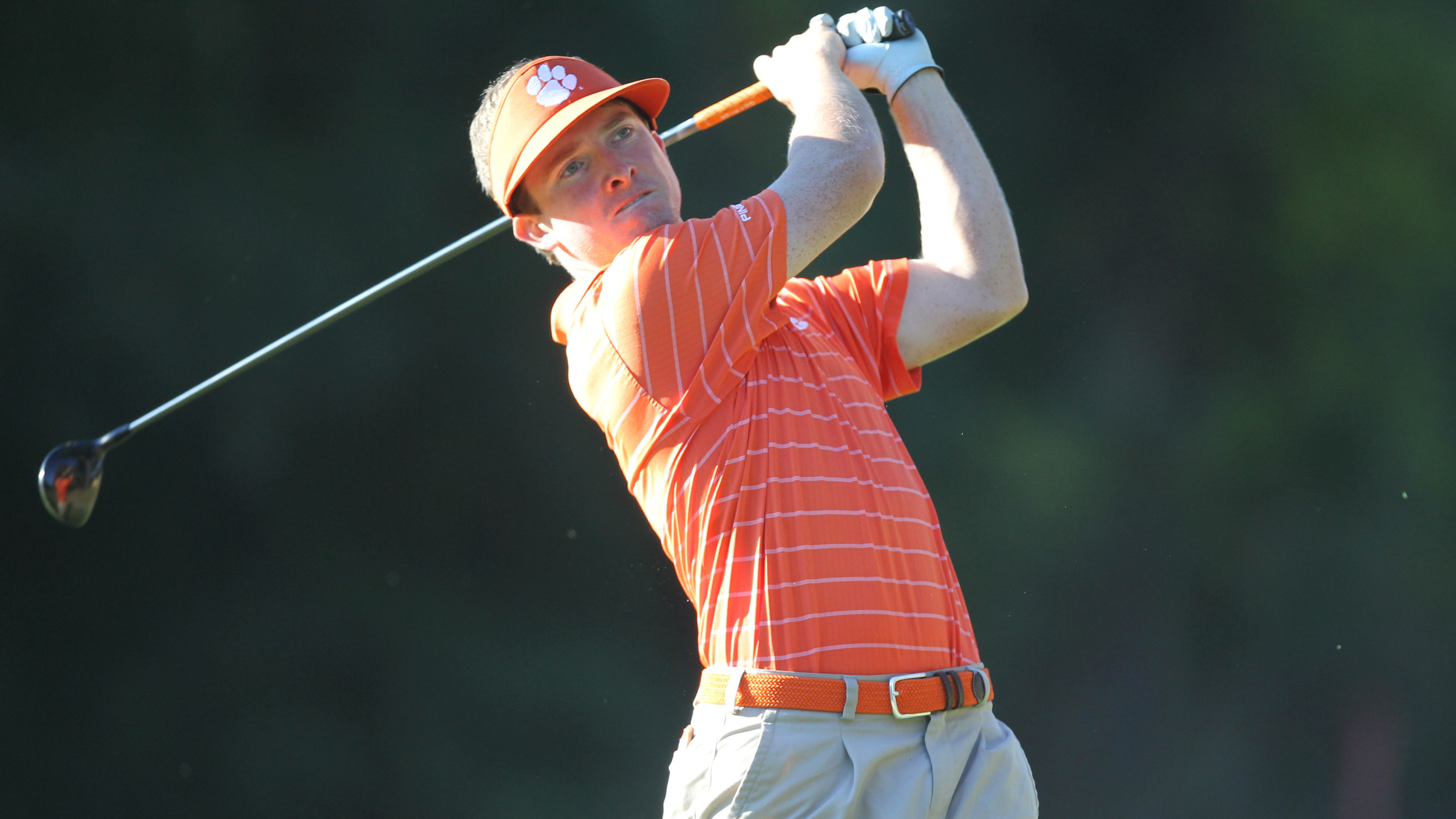 The 12-team field, the largest in the history of the event, will play 54 holes over three days at the par 72 course north of Charlotte.

Clemson enters the event ranked 33rd in the nation in the latest Golfstat ranking, one of six top 40 teams in the field.  Clemson is coming off a second-place finish at the Wolfpack Spring Open last weekend.

Seeded fifth, Clemson will start play at 10:20 a.m. on Friday morning and will play with Wake Forest and Florida State. Georgia Tech is the top seed in the field and has a number-five national ranking, while Virginia, ranked eighth in the nation, is seeded second.  Number-12 Virginia Tech is seeded third and 19th ranked Florida State is fourth.

Clemson finished fifth at the ACC Tournament last year with a five-under par 859 score.  Capps shot an even par 216 score to finish 21st overall in 2013, while Proveaux was 29th with a 219 score.

So far this year Behr is Clemson’s top player with a 72.38 stroke average.  The native of  Florence has two top 10 finishes, both this spring.  Capps is second on the club with a 72.61 stroke average and is first in rounds under par with eight. The Denver, N.C. native is the only Tiger playing in his home state this weekend.  He had the top individual performance by a Tiger this year when he won the Puerto Rico Classic in February against a national field.

Proveaux is coming off an eighth place finish at the Wolfpack Spring Open and he has a 73.41 stroke average for the season. He has a pair of top 10s this year.

Freshmen Austin Langdale and Carson Young round out the Clemson lineup.  Langdale has a 72.91 stroke average and like Capps owns a victory this year as he captured medalist honors at the Cleveland Golf Palmetto Classic in March.  Young has a 74.68 average this year and is coming off a #26 place finish at the Wolfpack Spring Open.

Admission to the ACC Tournament is free.  The address for the Old North State Club is 201 Old North Club Lane, New London, NC 28121.