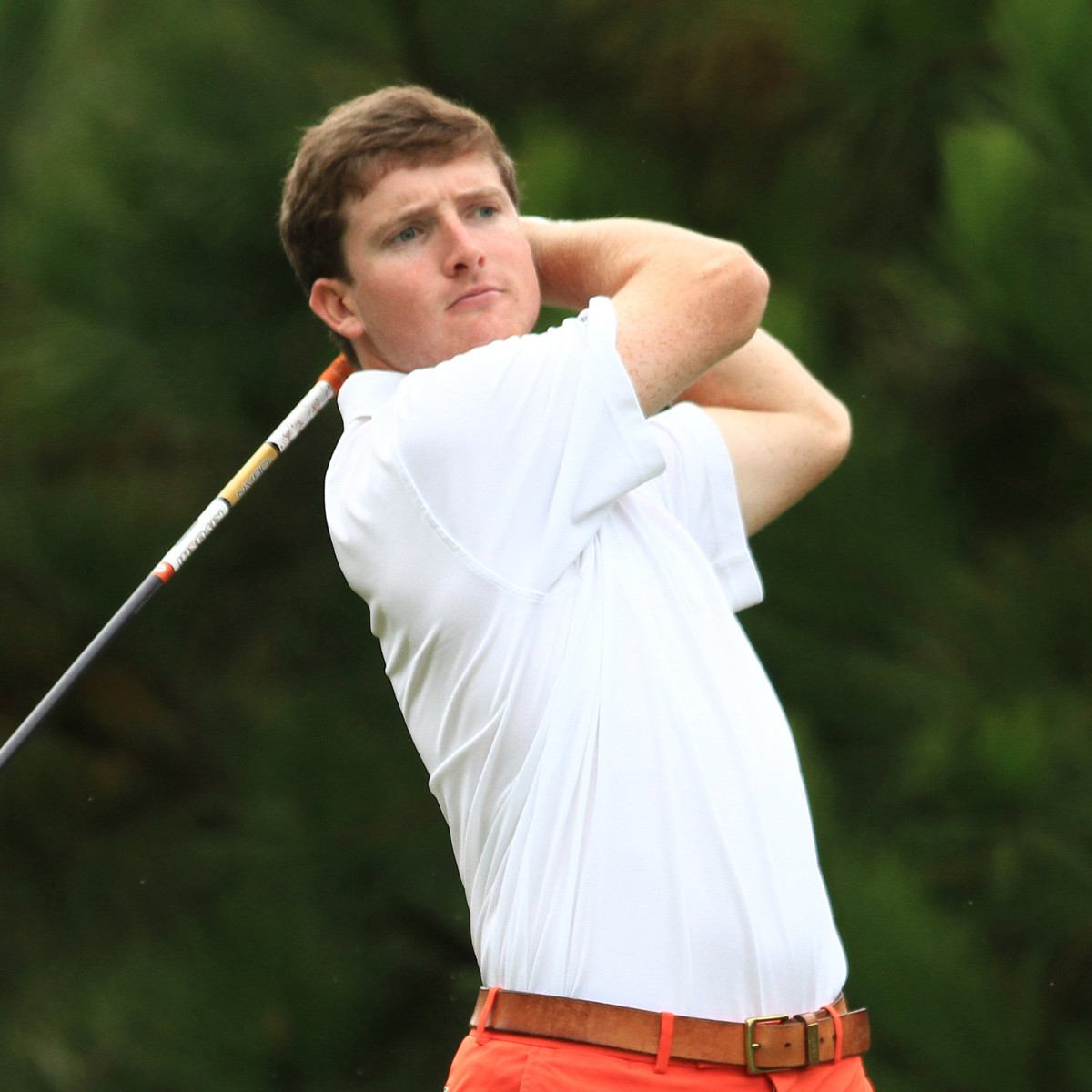 The 2015 team took Georgia Tech to the limit at the ACC Tournament before losing in a two-hole playoff after a brilliant comeback on the last three holes of regulation.  The Tigers then broke through at the NCAA Regional with a five-under par team performance in Chapel Hill, N.C., to reach the NCAA National for the first time in five years.

Now Larry Penley’s Tigers are ready to take another step.  “When you look at our experience with four seniors and two juniors, this is a year we have been pointing to,” said Penley, who has led Clemson to the NCAA Tournament each of the last 32 years, the longest streak by any active Division I college coach.

“We have some great depth with the young players coming on and they will push the older guys.  And that is a good thing. Those young guys don’t want to wait to play. “

Clemson got off to a strong start in the fall with a second place finish at the Carpet Classic and a third place at the U.S. Collegiate.  Those finishes helped Clemson get into the top 11 teams in the nation by the College Golf Coaches Association and the Golfweek/Sagarin rankings by the end of the fall season.

The Tigers return four starters, and three of the four rank in the top 15 in Clemson history in career stroke average and have played at least 96 rounds of competitive college golf for the program.

To make that next step, it is as much a mental process as a physical one.  “I have talked to the seniors about this being their last go-round and they have a chance to leave a strong legacy.  We came close at the conference and got to the NCAA Finals last year.  Now it is time to elevate our expectation level.”

The Tigers will miss 2015 senior Billy Kennerly, who had seven top 10 finishes in his 14 tournaments and had a team best 71.53 stroke average.

Capps is Clemson’s leading returning player in terms of 2014-15 stroke average at 71.93 and is coming off a very strong summer.  The native of Denver, N.C. was one of the few players to compete in both the British Amateur and the United States Amateur.  He won his U.S. Amateur qualifier with a 132 total, including a final round 62.  He then finished second at the Cardinal Amateur thanks to a final round 65.  In August, he reached match play at the U.S. Amateur with a 142 total for the 36-hole qualifier.

Now in his fourth year as a starter, Capps enters his final year with nine career top 10s, including co-medalist honors at the 2014 Puerto Rico Classic.  He has 43 career rounds at par or better, including 18 rounds in the 60, more than any other active Tiger.

Behr has been Mr. Consistency for the Clemson program his entire career.  He has made improvement each year in terms of stroke average, including a career best 72.43 figure as a junior.  The Clemson graduate who was an Academic All-American last year, has made just one B in the classroom.

On the course, Behr has six career top 10s and 15 career rounds in the 60s.  His 72.64 career stroke average is best among active Clemson players and 12th in Clemson history.   He finished the fall of 2015 with a No. 21 national ranking in the Sagarin ratings thanks to a team best 71.33 stroke average in four tournaments.

Proveaux was Clemson’s top player in the fall of 2014 when he had a stroke average under 71.  He finished fourth at the Carpet Classic, third at the U.S. Collegiate and second at the Palmetto last year.   His second round 63 at the Palmetto tied the Clemson record for a round that had lasted nearly 30 years.  He is considered one of the best putters Penley has coached.

Proveaux finished 2014-15 a 72.62 average, better than his 73.19 career figure.  The native of Leesville, S.C. had a team best 135 birdies last year and has eight career top 10s.  This past summer he had an active schedule in national amateur events and finished 13th at the Sunnehanna and 11th at the Northeast Amateur.  He had six rounds at 68 or better.

Langdale finished the year with a 72.67 stroke average, but he was Clemson’s top player during the postseason.   First, he finished 11th at the ACC Tournament with a 213 total, including a final round 69 that was a big factor in Clemson getting into a head to head playoff for the championship with Georgia Tech.

In the fall of 2015, Langdale had a 72.08 stroke average, second best on the team. He finished second (tied with Behr) at the Carpet Classic in the opening tournament of the year with a 213 score.

Young had an injury plagued sophomore year that was the result of summer 2014 knee surgery.  He played in just six of the 14 events and had a 75.75 stroke average for the year.

Clemson’s best player at the 2014 NCAA Regional, Young came back with a strong summer of 2015.  He played in seven tournaments and scored in the 60s nine times.  His summer included a 20th place finish at the Dogwood Amateur, sixth at the Carolinas Amateur and 11th at the South Carolina Amateur.  He also won his U.S. Amateur qualifier and played in the 2015 U.S. Amateur.

He then continued to play well in the fall of 2015 with a  fifth place at the Nike Collegiate and a 15th place at the U.S. Collegiate.  He had four rounds in the 60s over those two events and shot -9 at the Nike, his best tournament vs. par as a Clemson golfer.

Josh Fickes is another young player capable of going low.  Fickes had a 74.10 stroke average as a freshman when he played in four tournaments.   He finished in a tie for third at the Hummingbird Invitational.   The native of Beaufort, S.C. also had a strong summer with a sixth-place finish at the Oglethorpe Invitational in Savannah, Ga. and 18th place at the South Carolina Amateur.

There are four newcomers on the Clemson roster, three true freshmen and one red-shirt.    Peter Mathison sat out last year, but is ready to contribute in 2015-16.  The only member of the roster not from the Carolinas, Mathison played in the Monroe Amateur and the Rice Planters this past summer.  He had a second round 69 at the Rice Planters that was a highlight of his summer.

Bryson Nimmer and Coleman Self are two freshmen with family ties to Clemson.  Nimmer’s father Tony played with Penley on Clemson’s first NCAA Tournament team in 1980 and was also on Clemson’s first ACC Championship team in 1982.  Self’s grandfather Jimmy Self was the captain of the Clemson team in 1964 and 1965.

Nimmer was ranked among the top 35 players in the class of 2015 by Golfweek.  He won the AJGA Junior Open in 2014 and won the 2014 Jay Haas Award as the top SCJGA Player.   This summer he showed his capabilities with a fifth-place finish at the Rice Planters with a 14-under-par 275 score.

Rector is a true freshman who finished third at the 3A State Championship in 2014.  His Christ Church team won that tournament.  He finished second at the 2014 AJGA Puerto Rico Open.