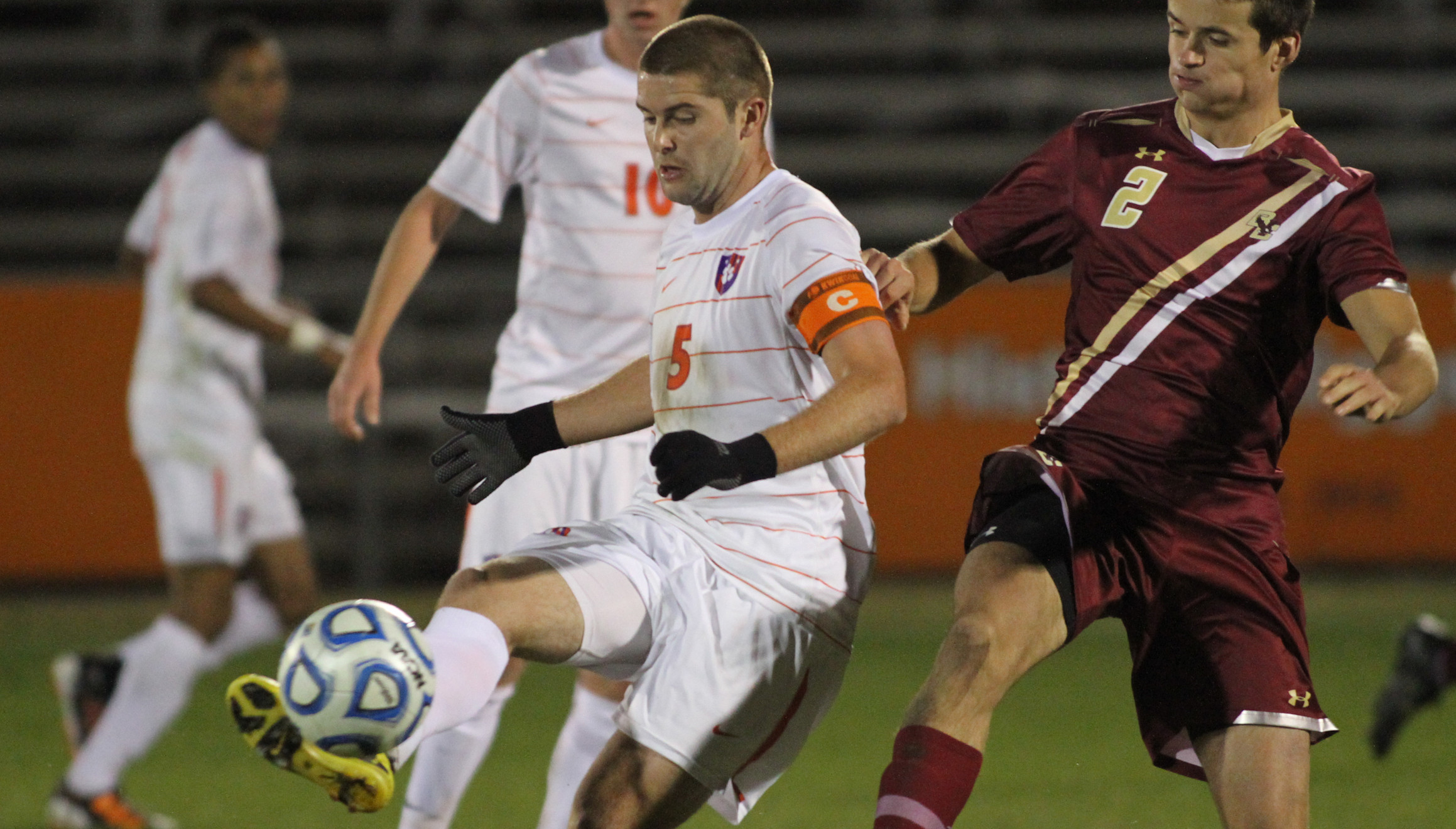 Clemson Men’s Soccer Will Play the Charleston Battery on Saturday

CLEMSON, SC – The Clemson men’s soccer team will play host to the Charleston Battery in an exhibition match on Saturday at 3:00 p.m. at Historic Riggs Field.  Admission is free and is open to the public.The Charleston Battery has two former Clemson players on the squad.  John Wilson, who played for the Tigers in 1995-98, and Austin Savage, who finished his eligibility this past fall, are currently playing for the Battery.Wilson had a superb college career at Clemson and was named All-ACC in 1997 and 1998.  He played in 57 matches for the Tigers, scored 18 goals and added 35 assists in his career.  Wilson helped Clemson to an ACC Championship, a #1 national ranking and a Final Eight NCAA appearance in 1998.Savage was named the 2012 Most Valuable Player and the Offensive Player of the Year for the Tigers.  Savage finished the year with eight goals and four assists for 20 points.  Savage scored the most points (20) by at Tiger since the 2006 season when Dane Richards scored 31 points.He finished his career with five career game-winning goals.  Savage had a hat trick on October 16 as he scored three goals in the first half in the Tigers’ 5-0 win over Gardner-Webb.  This was the first hat trick scored by a Tiger since the 2008 season when Michael Brooks scored four goals against Maryland on 10-3-2008.  It was only the sixth hat trick scored by a Tiger in the past 14 years.  Savage had two game-winning goals in 2012 and was named second-team All-ACC.