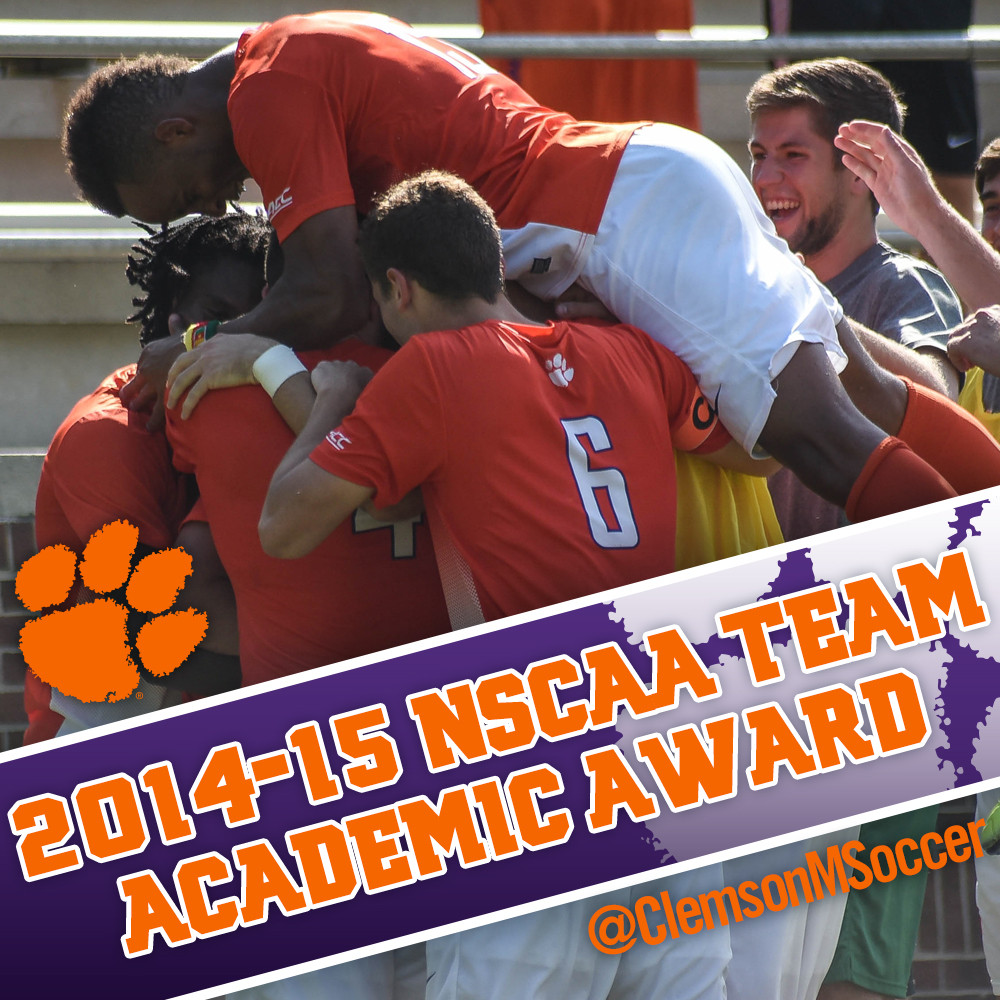 CLEMSON, S.C. – The Clemson men’s soccer team earned the National Soccer Coaches Association of America (NSCAA) Team Academic Award for the 2014-15 season, as announced by the association last week. It is the first time that the Tigers have earned the academic award under Head Coach Mike Noonan, the first time since 2007 and also just the fifth time in program history, and they did so in the same year that the team also won the 2014 ACC Championship title.

“I am so proud of the team for accomplishing a goal that we have been working towards since my first year at Clemson,” noted Noonan. “The fact that the team achieved the academic goal in a year in which it also excelled on the field makes it even more special. This is a testament to the importance our coaching staff puts on academics, the time and effort of the staff at Vickery Hall, especially our academic advisor Lindsey Ricketts, and, most importantly, the hard work, dedication and focus of our players.”

This is just the fifth time in program history that the Tigers have earned the NSCAA Team Academic Award, and the first time since 2007. The team was also recognized three consecutive years from 2002-04.

The Tigers recorded a 3.18 cumulative team grade point average for the 2014-15 academic year. Clemson is one of just five men’s soccer programs from the ACC to earn the academic accolade for the year, joining Boston College, Duke, NC State and Notre Dame.

A total of 886 soccer teams, including 313 men’s teams and 573 women’s teams, posted a team grade point average of 3.0 or higher, thereby earning the NSCAA Team Academic Award for the 2014-15 academic year.