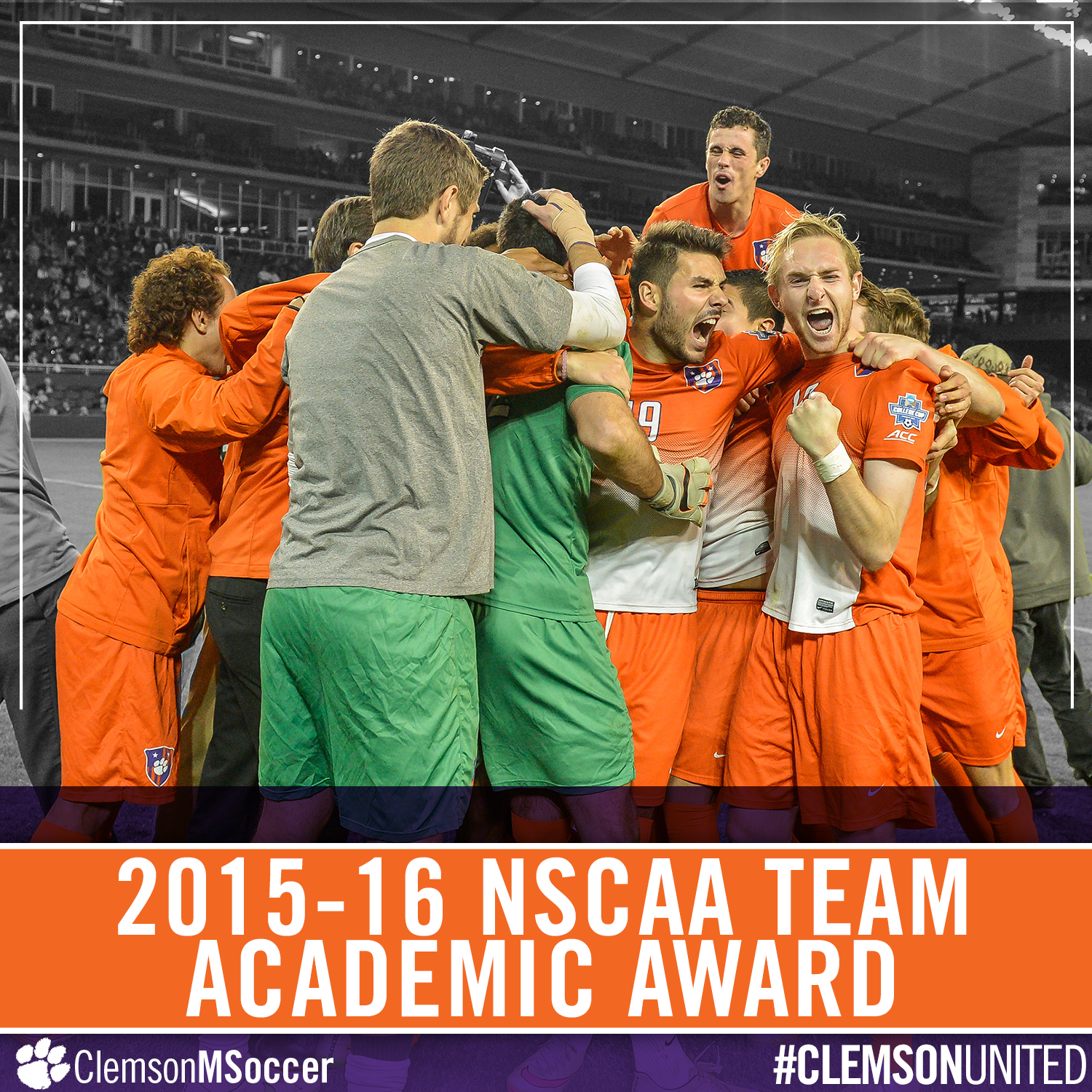 CLEMSON, S.C. – The Clemson men’s soccer team earned the National Soccer Coaches Association of America (NSCAA) Team Academic Award for the 2015-16 season, as announced by the association last week. It is the second time that the Tigers have earned the academic award under Head Coach Mike Noonan and the second year in a row. This is also just the sixth time in program history, and they did so in the same year as the team made a run to the NCAA National Championship game

“Academic excellence is a priority in our program, and we are ecstatic to be recognized by the NSCAA again this year. I want to thank our Academic Advisor Lindsey Ricketts for her terrific leadership in this area and the entire Vickery Hall staff,” noted Head Coach Mike Noonan. “Our players are the real stars. They have made excellence a habit in all they do so my hat is off to them for putting purpose into practice academically as well as athletically.”

The Tigers recorded a 3.36 cumulative team grade point average for the 2015-16 academic year. Clemson was one of just 221 schools throughout NCAA Divisions I, II, and III to have both its men’s and women’s teams earn the NSCAA Academic Team Award for the 2015-16 school year.