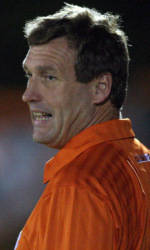 The 2011 Schedule features eight schools that participated in the 2010 NCAA Tournament.

Noonan enter his second year at Clemson. Noonan came to Clemson after a very successful stint at Brown from 1995-2009. While there, he led the Bears to 10 NCAA Tournaments and eight Ivy League Championships in 15 seasons.