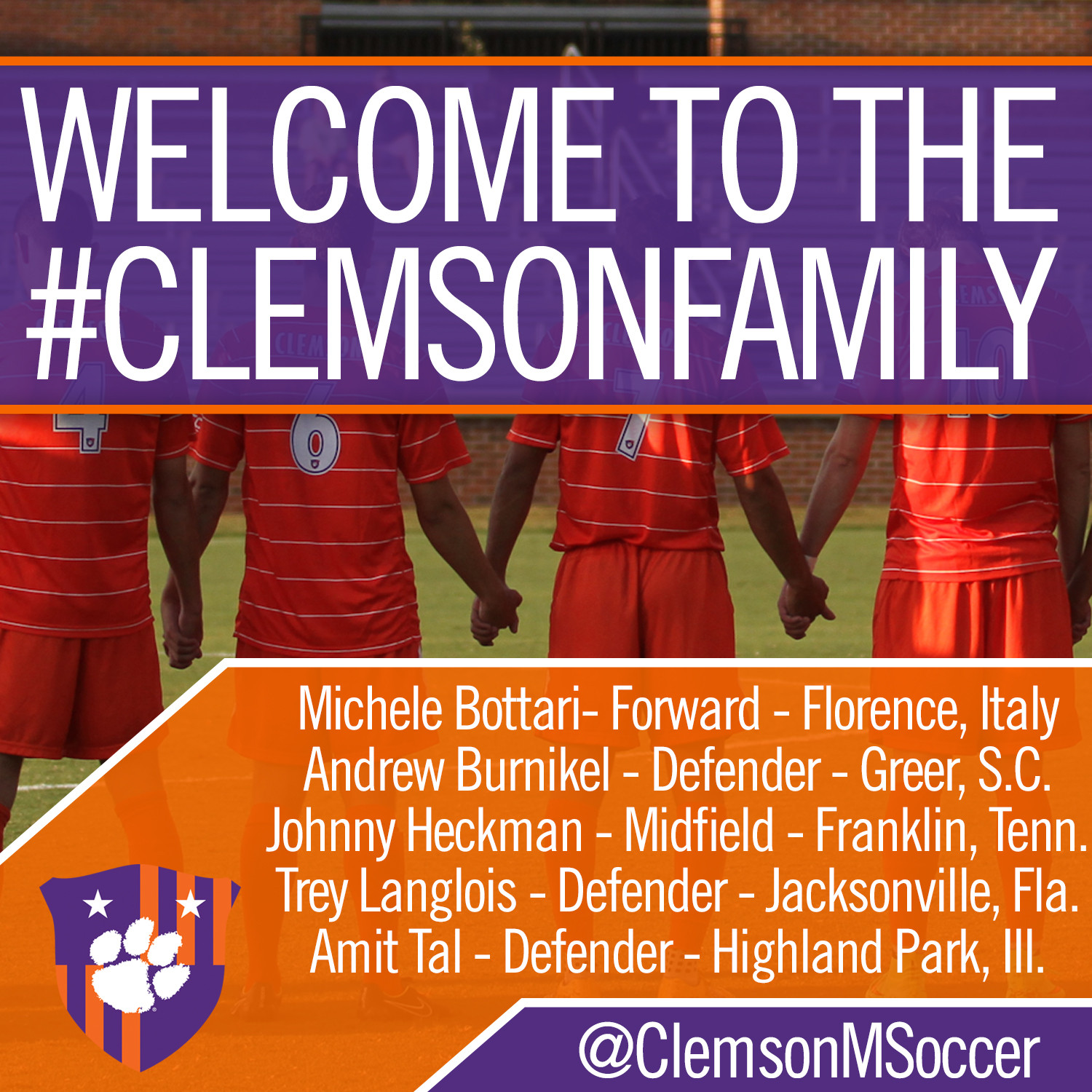 CLEMSON, S.C. – Fresh off an ACC Tournament Championship in 2014, head coach Mike Noonan and the Clemson men’s soccer program announced the signing of five players to national letters of intent for the 2015 season on Wednesday.

“This class continues to raise the profile of our program within SC and nationally,” head coach Mike Noonan said. “I am indebted to my staff and particular, recruiting coordinator, Phil Jones for another outstanding job in elevating the competition and depth within our squad.”

Below is a biography for each signee.