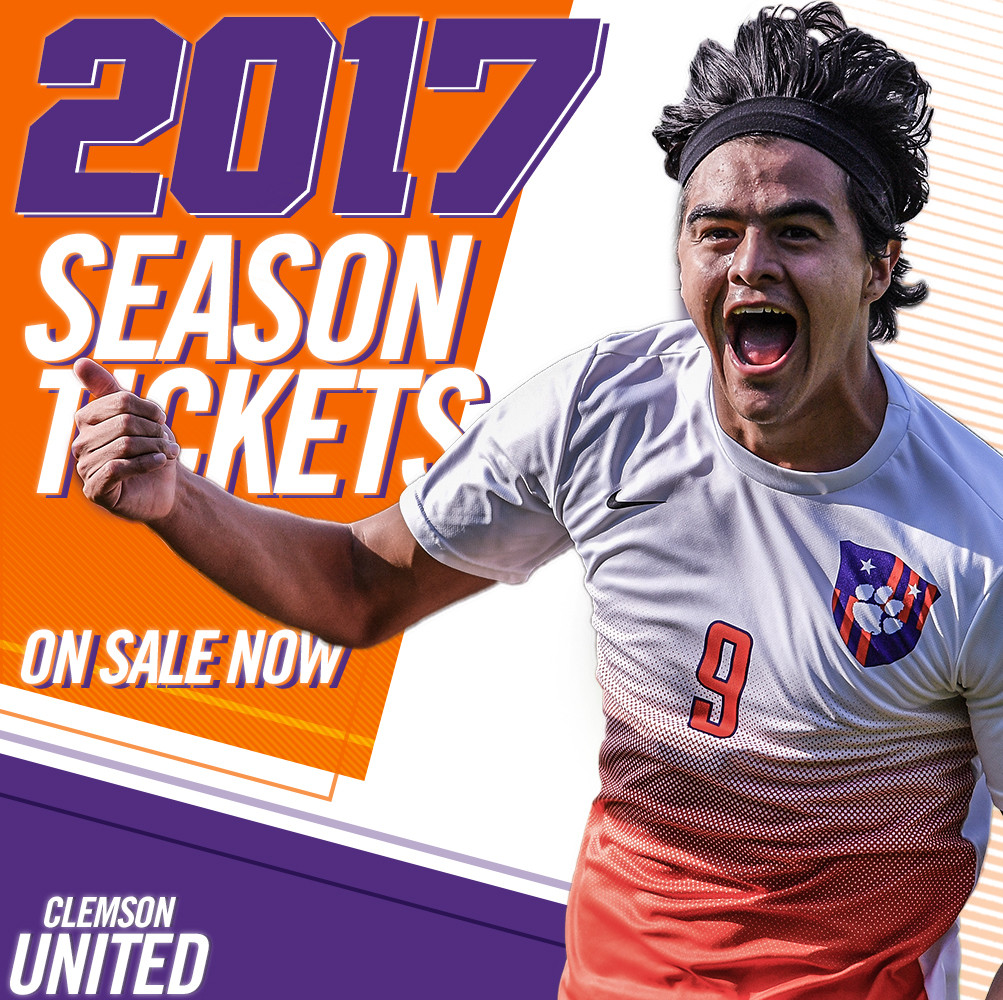 “The ACC continues to set the bar for college soccer regarding competition. We are extremely excited to host our ACC colleagues as well as our traditional rivals South Carolina & UNC-Charlotte,” said Head Coach Mike Noonan. “It will also be great to renew an old rivalry when UCLA comes to Historic Riggs Field on Tuesday, Sept. 19. I believe our 2017 team will be extremely competitive and also very entertaining for our fans.”

The Tigers, who were a NCAA Elite Eight team in 2016, open the regular season at home against Cal State Fullerton on August 25 at 5:00 p.m. The Titans were one win away from winning the Big West Tournament and earning an automatic to the NCAA Tournament. Just one week later the Gamecocks enter Historic Riggs Field on First Friday for the second time in three years. The Tigers also welcome powerhouse UCLA from the Pac-12. The Bruins fell to Louisville in the second round of the NCAA Tournament in 2016.

Season tickets can be purchased HERE.