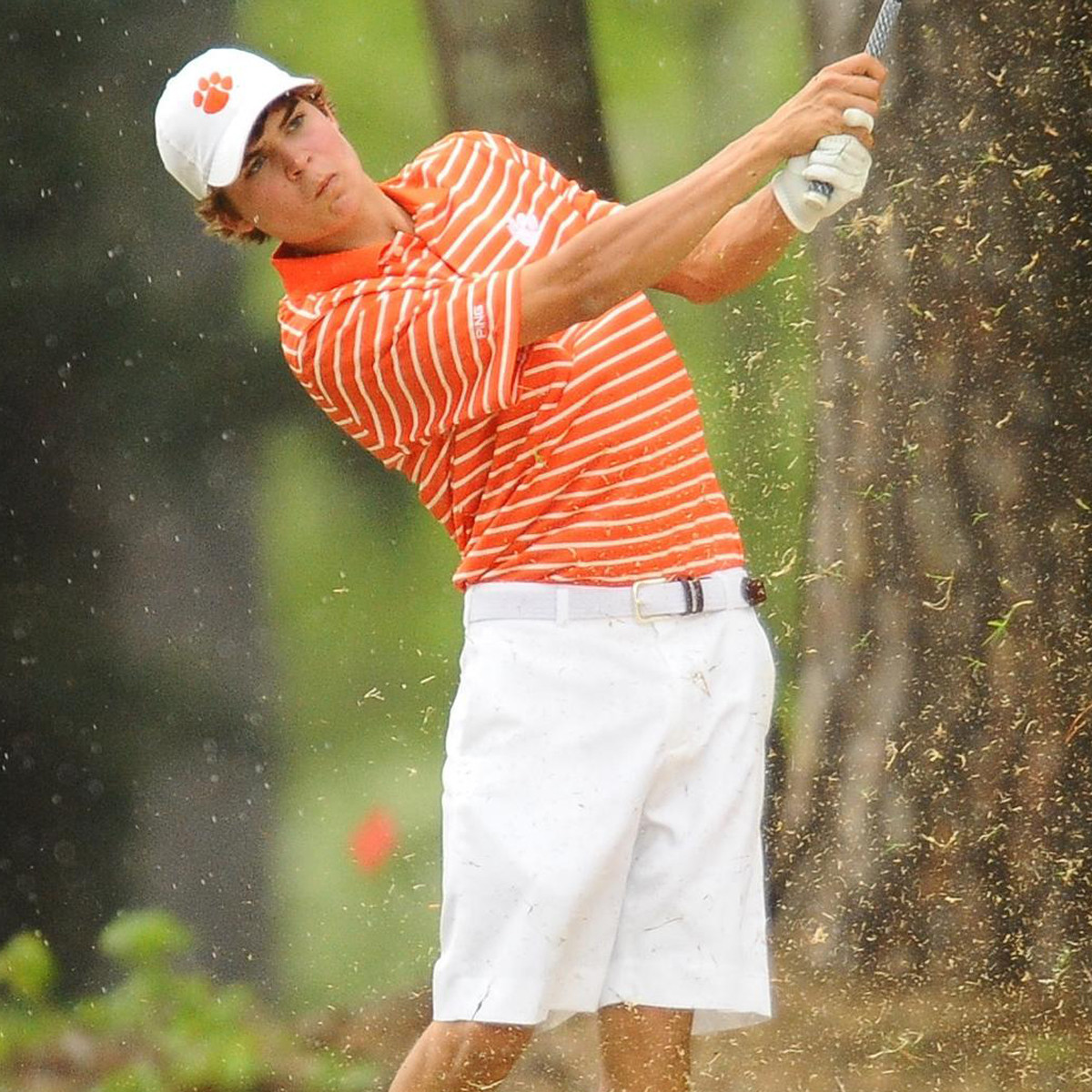 Clemson, S.C.—Carson Young shot a 33 on the back nine and a 70 for the round to lead Clemson to a second-place finish at the Wolfpack Spring Open at the Lonnie Poole Golf Course in Raleigh. NC State won the tournament played on their home course with a score of 821, 31-under-par.

Clemson finished 13 shots off the pace with an 18-under-par score of 834. The second-place finish broke Clemson’s program record five-tournament winning streak, the longest streak in the nation for any college men’s golf program.   The Tigers will attempt to get back on their winning ways next weekend at the ACC Men’s Championship at Musgrove Mill in Clinton, S.C.

NC State and Clemson were by far the top two teams in the field. Duke finished third at 849, 15 shots behind the Tigers. The course played much more difficult on Saturday, as the 90 players averaged 74.8, over two shots higher than the scores for the first two rounds.

Young finished third overall with a 206 score on the par 71 course over three days. He made birdies on the 13th, 14th and 15th holes to move into the top five. Earlier the native of Pendleton, SC had rounds of 69 and 67.   Young has been Clemson’s top golfer of late, as this is his third consecutive top three finish.

Freshman William Nottingham had his top finish as a Clemson golfer with a fourth place at 207.   Nottingham had a 75 on Saturday after scoring a 62 on Friday afternoon. That 62 was a Clemson single round scoring record and included a record 12 birdies, including a record seven in a row at one point. He finished the tournament with 16 birdies, most among Tigers.

Doc Redman, a native of Raleigh, N.C. was a third Tiger to finish in the top 10. He shot a one-over-par 72 on Saturday to finish seventh with a 209 total. Redman had an opening round 67 and a second round 70. With a four-under-par finish for the 54 holes, Redman has now finished with an under par score for the sixth straight tournament.