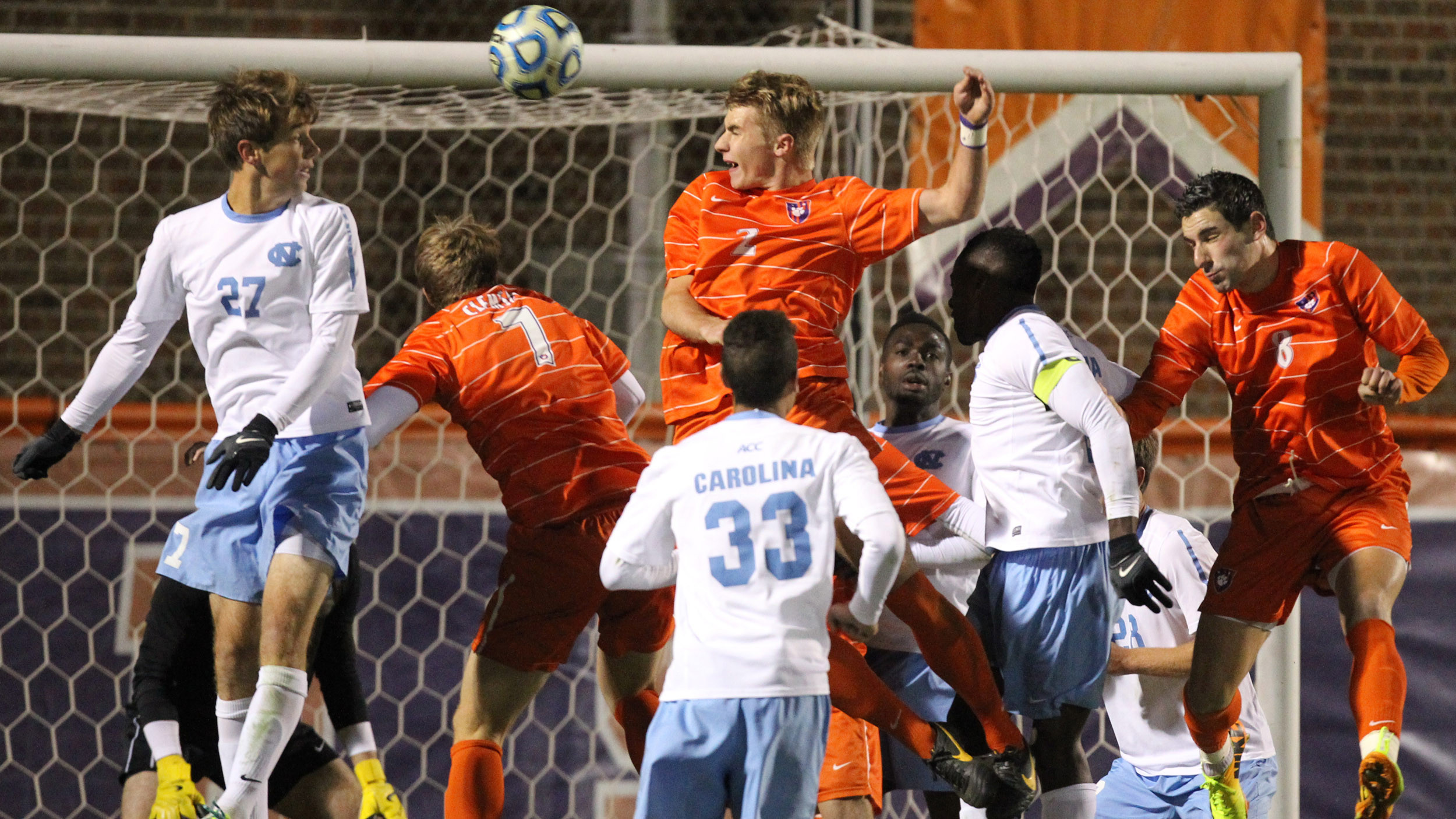 CLEMSON, SC – The Clemson men’s soccer team will play fourth-ranked Maryland in the ACC Tournament Friday night at 8:00 p.m. at the Maryland SoccerPlex in Germantown, MD. The match can be seen on ESPN3.

Clemson, seeded fourth in the tournament had a dramatic 2-1 victory over North Carolina in the ACC Quarterfinal round Tuesday night. The Tigers’ T.J. Casner and Kyle Fisher both scored in the last 15 minutes of regulation giving the Tigers the victory.

The Tigers are 11-6-2 on the year and are led in scoring by Thomas McNamara with seven goals and eight assists for 22 points. Teammate Ara Amirkhanian has six goals and three assists for 15 points.

Maryland has an 11-3-5 record overall. This week, Maryland is ranked as high as fourth in the latest polls. The Terrapins defeated Boston College 2-0 in their quarterfinal match. The Terrapins are seeded first in the ACC Tournament.

This will be the 56th meeting between Clemson and Maryland on the soccer field. The Tigers lead the overall series that began in 1967, 31-22-2.