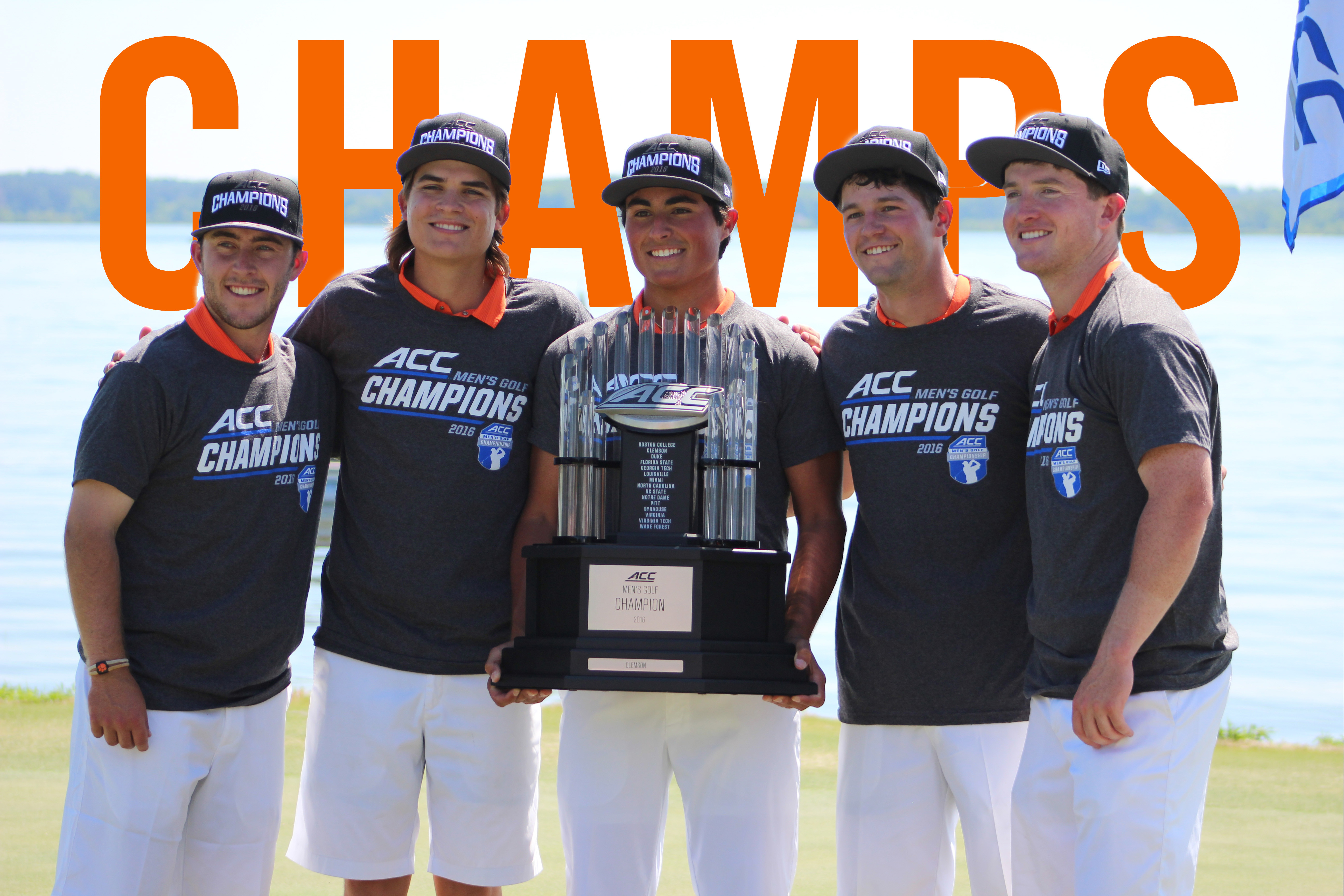 Clemson Jumps to No. 5 in Golfweek Ranking

Clemson, S.C.—Thanks to its 11-shot victory over No. 2 seed Wake Forest at the ACC Men’s Golf Championship on Sunday, Clemson has moved from 10th to fifth in the latest Golfweek/Sagarin national team rankings released Monday afternoon.  It is the highest ranking of the season for the Tigers in any of the three polls.

Individually, Clemson has all five of its starters ranked in the top 115 in the nation.  Austin Langdale jumped from No. 33 to No. 21 in the latest Golfweek/Sagarin rankings.   He is ranked third among all ACC players behind Hank Leboida of Florida State (#16) and Will Zalatoris of Wake Forest (#20).

Clemson graduate Stephen Behr, the winner of the 2016 Byron Nelson Award, is No 28 in the new rankings.  Bryson Nimmer, the Clemson freshman who finished fourth at the ACC Tournament, moved into the rankings for the first time at No. 83, while junior Carson Young is No. 88.   Senior Miller Capps is No. 115.

Clemson captured its 10th ACC Men’s Golf Championship, its ninth under Larry Penley on Sunday.  The Tigers won the event in wire-to-wire fashion for just the second time in its history.  Clemson also led after each of the three rounds in 1988.  The Tigers finished with an 839 team score, 11 shots better than Wake Forest.  It was Clemson’s largest margin of victory in the ACC Championship since a 14-stroke win in 1988.

Clemson was ranked 12th by Golfstat and 11th by the Golf Coaches Association before the ACC Tournament began last Friday.  Those polls have not released updated rankings.

Clemson will learn of its NCAA Regional site a week from Monday, May 2 at 9:00 a.m. on the Golf Channel.