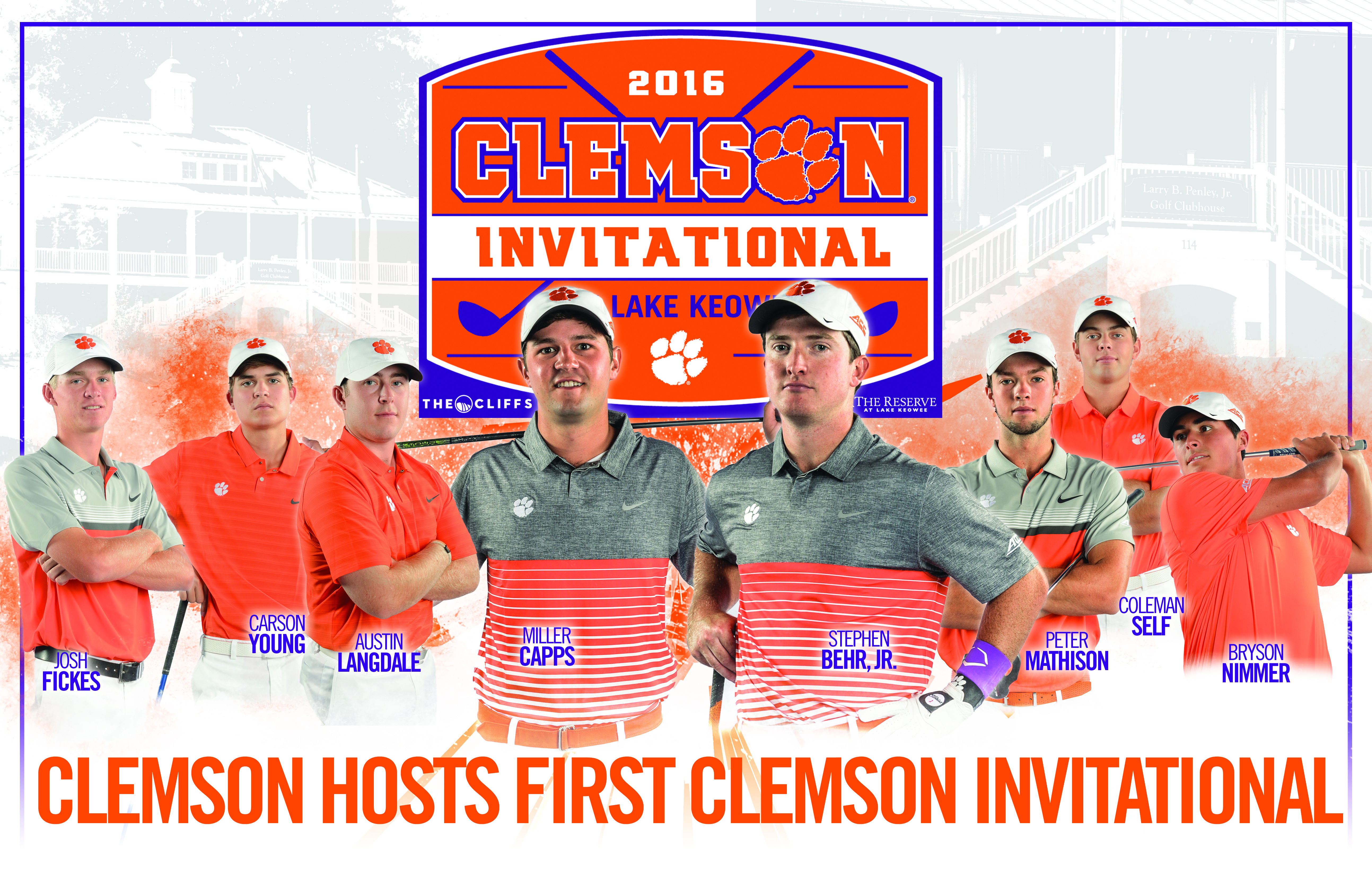 Clemson, S.C.—The Clemson men’s golf program will host its first tournament since 1987 when play begins in the Clemson Invitational on Friday at the Cliffs at Keowee Falls.  The 54-hole event will be played April 1-3 at the par 72 course in Sunset, S.C. that was designed by Jack Nicklaus.

Clemson leads a 12-team field that includes five ACC teams and eight of the top 115 players in the nation.  Clemson is the highest ranked team in the field with a No. 10 national rating according to the latest Golfweek/Sagarin listings.  The field includes ACC teams  Notre Dame, Boston College, Louisville and Georgia Tech.   For many it will be the final tune-up before the ACC Tournament April 22-24.

The field also includes Michigan State from the Big 10, and local programs Elon, Furman, UNC-Greensboro, UNC-Wilmington, and Winthrop.  The U.S. Navel Academy also will have a team in the tournament.

Clemson last played host to a golf tournament in 1987 when the McGregor Downs Invitational was held at Pickens Country Club for the last event of a five-year run.  This will be the first tournament that carries Clemson’s name.

Clemson has had a strong year and is the highest ranked team in the field.  Larry Penley’s 33rd Clemson team won the Bandon Dunes Championship in Oregon, has a pair of second-place finishes and a pair of third-place finishes in seven events so far this year.

The Tigers are led by graduate student Stephen Behr, an Academic All-American who has a 71.91 stroke average and three top five finishes in his final year with the program.  He has a team best nine rounds under par and five rounds in the 60s.  Behr is a candidate for the United States Palmer Cup Team that will compete this summer and has a No. 32 national ranking according to Sagarin.

Austin Langdale has a No. 39 national ranking according to Sagarin and his 72.00 stroke average is second best on the team.  The junior has two top 10 finishes to go with eight under-par rounds and four rounds in the 60s.

Miller Capps is another senior who is a four-year regular in the Clemson lineup.  The native of North Carolina has a 72.95 average this year with eight rounds at par or better. He finished eighth at the U.S. Collegiate in the fall.

Carson Young and Bryson Nimmer also will be in the Clemson lineup for the Clemson Invitational.  Young has a 73.05 stroke average and five rounds in the 60s, tied for the best mark on the team.  Nimmer is a second generation Clemson golfer who has a 72.92 stroke average in four events.   He has been Clemson’s second best player in each of the last two tournaments.

Josh Fickes, Coleman Self and Peter Mathison all will play as individuals in the field that will include 66 golfers.

Play begins at 8:45 on Friday morning from the first and 10th tees.

The Course:  The Cliffs at Keowee Falls