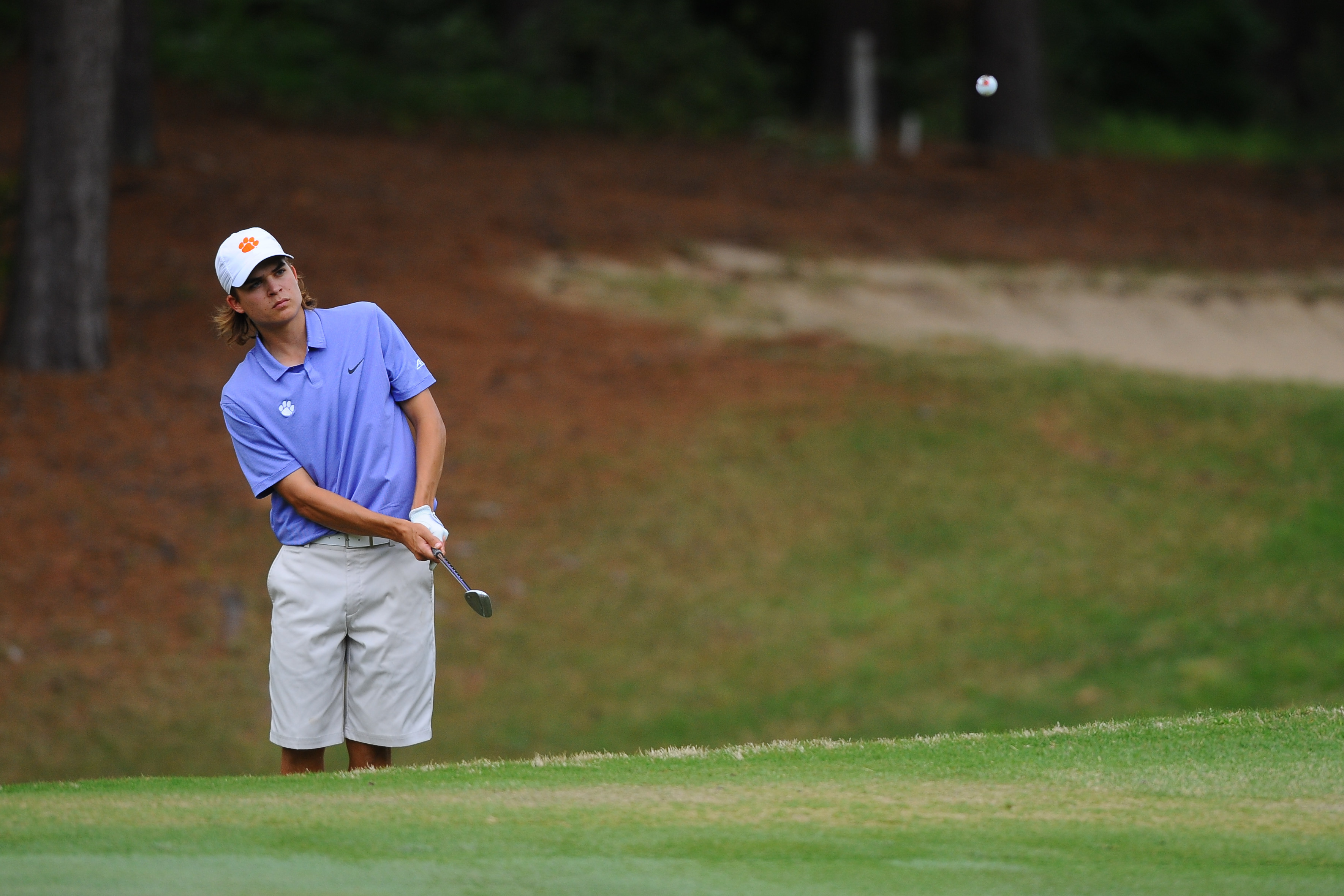 Clemson in Second Place after 36 at Palmetto

Virginia stands at 17-under-par 543 after two rounds while Clemson is three shots back at 14-under par 546. The Tigers are striving to win their third consecutive tournament, something that has not been done in the school’s 87-year history of golf. Clemson had a four shot lead after the first round when Larry Penley’s team shot a 269, but Virginia came back with a second round 270, seven better than the Tigers.

Virginia and Clemson dominated on Monday when the teams played 36 holes.   Augusta State is in third place 12 shots behind the Tigers at 558, while South Carolina is in fourth place at 566,   23 shots out of the lead and 20 shots behind Clemson.   Clemson and Virginia have eight of the top 15 players after two rounds.

A highlight of the early action on Monday was a hole-in-one shot by Nottingham on the 168-yard par three 11th hole.   The freshman from Kingsport, Tenn. used a seven-iron in scoring the first ace by a Clemson golfer in tournament play since October 26, 2010 when Corbin Mills had one at the Golf Club of Georgia in the U.S. Collegiate.

Nottingham finished the first round with a career best 66, four-under-par on the par 70 Palmetto Country Club Course. But it was not the best round of the day by a Tiger, as freshman Doc Redman had a 65 in the morning round. His round included an eagle on the 10th hole. It was his seventh eagle of the year, already the most by a Clemson freshman and just three off the single season mark regardless of class. It was also his third round of 65 or better this year, tying the Clemson career record held by John Engler.

Redman is tied for first after two rounds with a 134 score with Virginia’s Derek Bard, a former US Amateur finalist.   Senior Carson Young also had a fine day with rounds of 67-69 for a 136 total, and stands in fifth place. Young had a team best 10 birdies. Nottingham is in eight place after rounds of 66-71, while senior Austin Langdale is 12th after rounds of 71-68.   Bryson Nimmer had rounds of 74-72 and is in 42nd place at 146.

The 18 teams will play a shotgun start on Tuesday starting at 8:30 a.m.   Live scoring is available on golfstat.com.