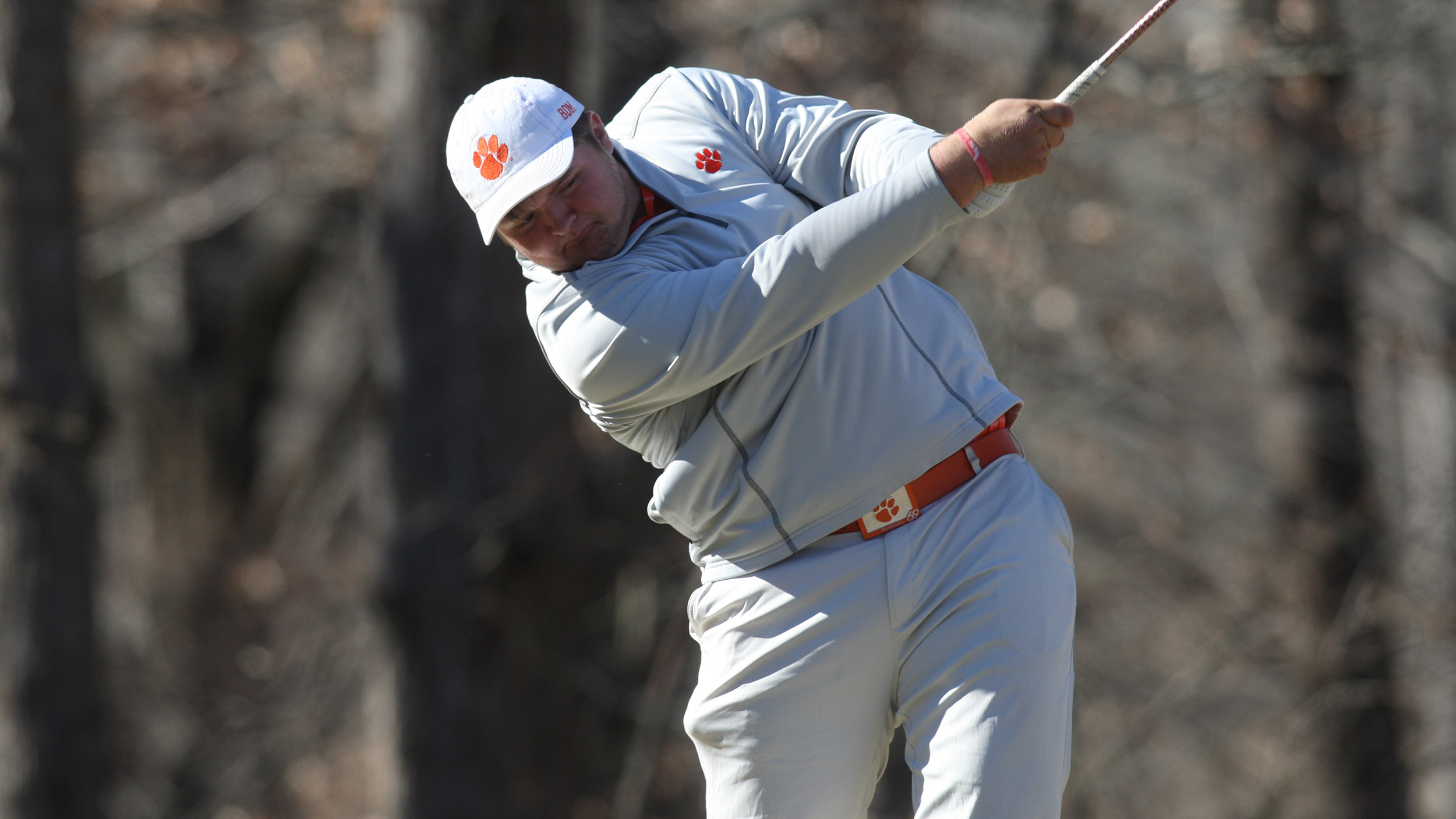 AIKEN, SC – Freshman Cody Proveaux had rounds of 71 and 72 to lead Clemson to a fifth-place standing after 36 holes of the USC-Aiken Cleveland Classic. The 18-team event is being played at the par 70 Palmetto Club in Aiken, SC. All 18 teams played 36 holes on Monday. The tournament concludes on Tuesday.

Proveaux stands in 11th place after the two rounds with a 143 total, eight shots back of leader Mac McLaughlin of Virginia who had rounds of 71-64. Senior Crawford Reeves and freshman Stephen Behr are tied for 17th at 145. Reeves had rounds of 72-73, while Behr had rounds of 71-74.

Miller Capps, a third freshman in the Clemson lineup, is in 30th place with a 147 total after rounds of 71-76. Junior Thomas Bradshaw is at 151 and stands in 52nd place.

South Carolina has the team lead entering the final round at 570. The Tigers are tied with Liberty for fifth at 577. Clemson is the defending team champion.