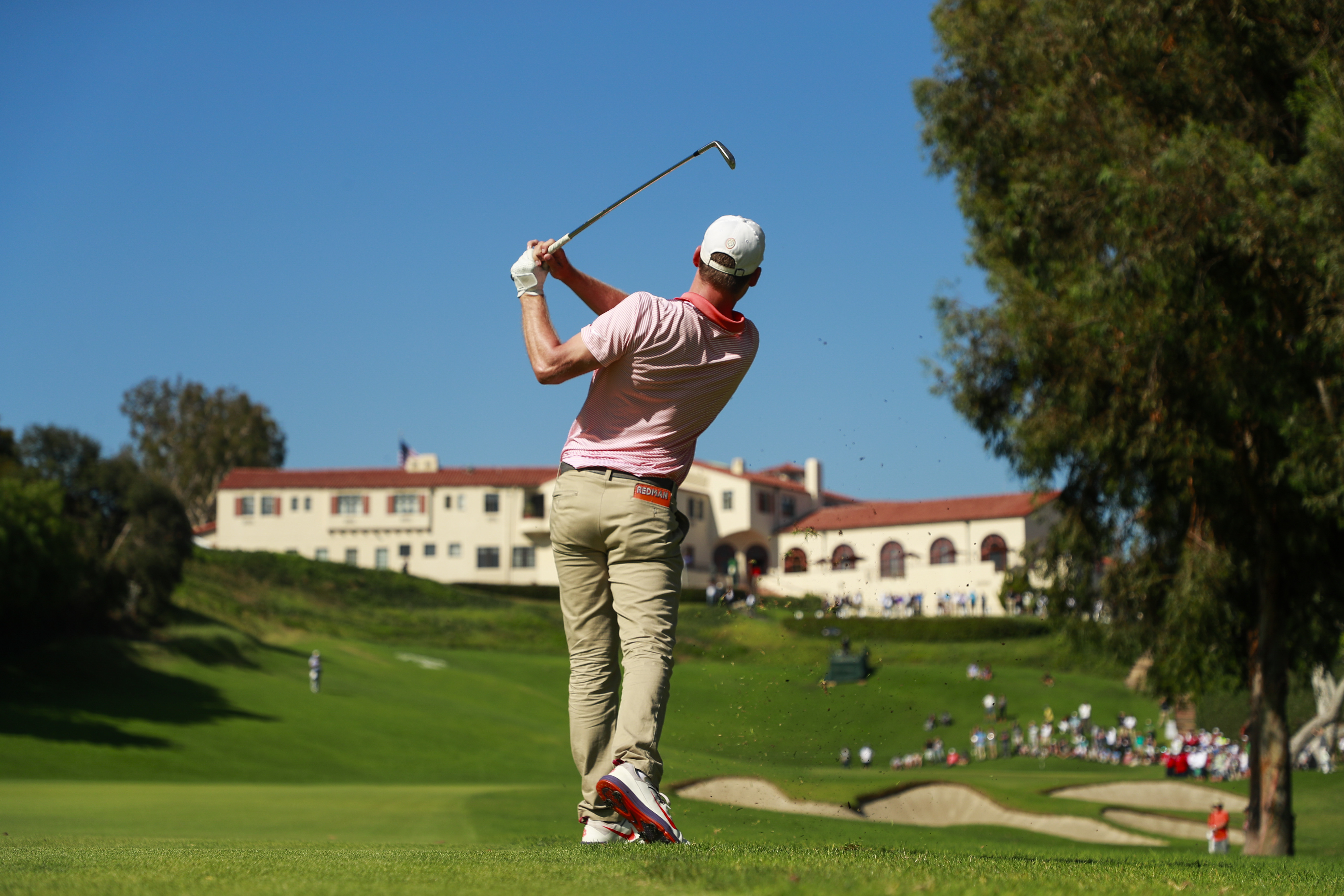 The 2016-17 Clemson golf season was the best of times and the worst of times. Head Coach Larry Penley, a straight shooter on the golf course and off over his 34 years as Clemson coach, would be the first to tell you that.

The Tigers won a record tying six tournaments during the regular season, including a school record five in a row from November 4 through April 9. There were three other second-place finishes, including the ACC Tournament and the NCAA Regional.

But the season ended with a disappointing 30th place finish at the NCAA National Tournament at Rich Harvest Farms, as Clemson could not overcome a last place 313 opening round score.

“We didn’t handle adversity very well at the NCAA National tournament,” said Penley, who was the NCAA District Coach of the Year in 2017.  “Perhaps it was because we hadn’t had much adversity (Clemson had a 119-3-2 record against the field in the eight tournaments leading up to the NCAA national) in a long time.

“I still believe we were one of the best teams in the nation last year, but we didn’t show at Rich Harvest Farms. I am confident our team has learned from that experience last year and it will motivate us this year.”

Penley has three returning starters from last year’s team who should rank among the top players in the nation entering 2017-18. Doc Redman, Bryson Nimmer and William Nottingham are all coming off outstanding summer performances that give Penley confidence.

Redman is the top returning player in terms of stroke average from last year and is coming off a terrific summer.   The native of Raleigh won the United States Amateur in thrilling fashion with a 37-hole victory over Doug Ghim of the University of Texas.   He also finished second at the Western Amateur and was named to the United States Walker Cup team, the first Clemson golfer named to the team since 2007.

As a freshman Redman had a 70.77 average, the second best in school history and best since D.J. Trahan had a 70.33 figure when he was National Player of the Year in 2002. Redman posted eight top 10 finishes in 13 events, most ever by a Clemson freshman, had 22 under-par rounds and shot 30-under-par for the year in 39 rounds. He became the first freshman to win two tournaments in the same year and was named a third-team All-American and Freshman All-American.

Bryson Nimmer is back for his junior year after being named All-ACC on the course and in the classroom each of his first two years. The son of former Clemson All-ACC player Tony Nimmer had a 71.33 stroke average last year and had seven top 10 finishes, including a tie for second at the ACC Tournament when he lost in a playoff.

The honorable mention All-American also had a strong summer of 2017 that included a sixth place at the Dogwood Amateur and a second place at the Players Amateur.

William Nottingham is a third returning starter who had a record breaking freshman year. First, he set the Clemson mark for low round in competition with a 62 at the Wolfpack Spring Open in April. He had five top 10 finishes in the spring semester, including a ninth place at the NCAA Regional. This past summer, Nottingham won the prestigious North-South Amateur at Pinehurst No .2, when he won five consecutive matches.

Three returning lettermen from the 2016-17 team will compete for significant time this year. Peter Mathison played in two tournaments last year and had a 72.50 average. He finished second at the Puerto Rico Classic’s individual tournament and finished 14th at the Clemson Invitational. His summer included a sixth-place finish at the Southeast Amateur, a performance that included three rounds in the 60s.

Josh Fickes played in nine tournament last year and had a 74.96 average. He finished 11th at the Clemson Invitational and saw plenty of action in major events in the fall when Austin Langdale was injured.

Jonathan Rector is a sophomore who had a 73.17 average for six rounds last year. He qualified for the Southern Amateur this past summer. Coleman Self sat out last year, but saw plenty of action this summer, including a top 25 finish at the South Carolina Amateur.

Three freshmen are joining the program this year. Turk Pettit qualified for the US Amateur at Riviera and advanced to match play. He finished second at the Alabama Amateur and was second at the Future Masters. The former high school quarterback went to high school in Auburn, Ala., but his family moved to North Carolina this summer.

Kyle Cottam is a freshman from Knoxville, Tenn. who also has a chance to join the Clemson lineup. He had 16 career top 10s on the SNEDs tour in Tennessee over his career as a junior.

Colby Patton had an outstanding high school career at Hillcrest in Fountain, Inn, SC. He is the son of former Clemson All-American and US Amateur Champion Chris Patton.