Clemson, S.C. — Freshman Gracyn Burgess fired a career best four-under par 66, and teammates Alice Hewson and Ana Paula Valdes also shot in the 60s on Saturday to lead Clemson to a school record 272 team score and a fourth-place standing entering the final round of the Sun Trust Gator Invitational. The two-day 54-hole event is being played at the par 70 Mark Bostick Golf Course in Gainesville, Fla. 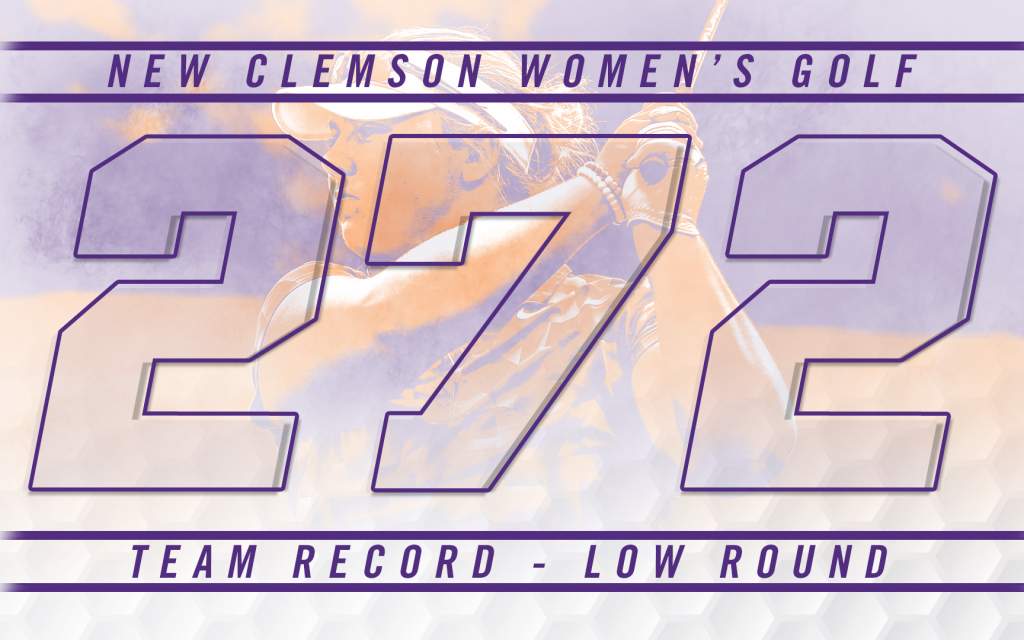 Miami is in the lead the tournament with a three-under par 557. Eighth-ranked Florida is in second at 560. Campbell is third at 562, just one stroke ahead of the Tigers.

Clemson played the par five holes in three-under par, best in the field. Clemson’s 28 birdies on Saturday were third only to Campbell (32) and Miami (29).

“We had a rough start, but the girls came back strong in the second 18,” said Head Coach Kelley Hester. “We made a ton of birdies and showed what we are capable of. I am looking forward to finishing strong tomorrow.”

Hewson had consecutive rounds of 69 to lead Clemson with a 138 total through 36 holes. The two-under par total is good enough for a share of second place in the field of 75 golfers. With two 69s on the day, the lone senior now has five rounds in the 60s this year.

Ivy Shepherd had a strong day also with consecutive rounds of 70. The freshman from Peachtree City, Ga. is tied ninth with an even par 140. She also played the par five holes in four-under par, best in the field.

Valdes had rounds of 75 and 67 for a 142 total through 36. The native of Morelia Mexico has played 81 rounds in her Clemson career and 76 have counted towards Clemson’s team score.

Burgess shot a first round 77 before her career best 66 in the second round. The 11-stroke turnaround puts her one stroke behind Valdes and tied for 24th place, while Alexandra Swayne had scores of 79-72 and her 151 score is tied 58th.

Sophomore Callista Rice is playing the event as an individual also shot a career best today with consecutive rounds of 69. She led Clemson in total birdies for the day with nine while leading the field in par four scoring at five-under. She is tied with Hewson for second with a 138 total through two rounds.

All 13 teams conclude the event on Sunday. Live scoring is available on golfstat.com.