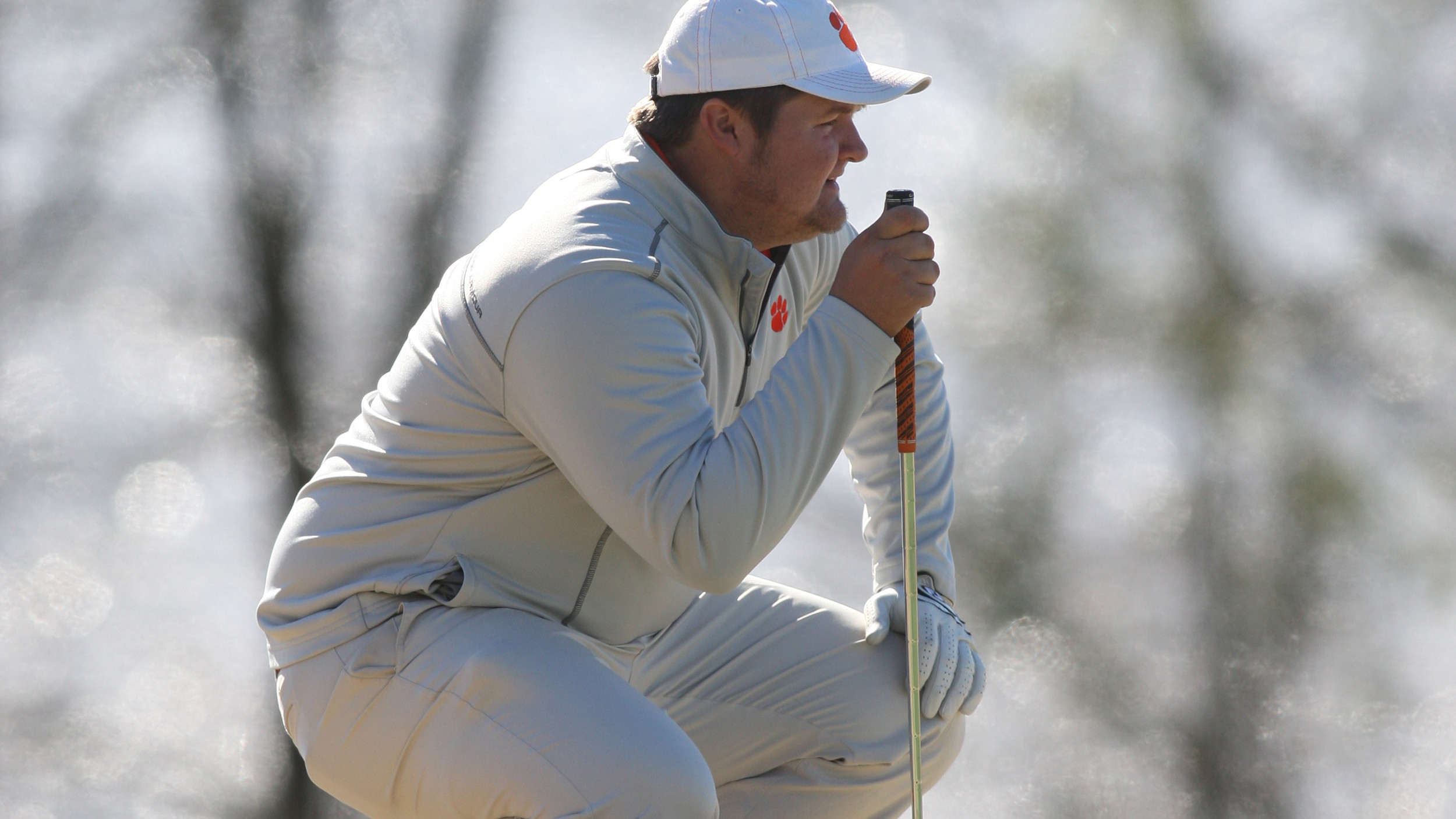 CLEMSON, SC – Cody Proveaux recorded a top five finish for the first time in his Clemson career to lead Clemson to a fourth place team finish at the Carpet Classic at The Farm in Rocky Face, GA. The Tigers finished with a team score of 865 for 54-hole event that included 14 teams.

It was a team effort for Larry Penley‘s Tigers who had all five of their players finish in the top 31 individually, the only team that could make that claim.

Proveaux had rounds of 73-70-71 to finish at two-under-par 214. The sophomore from Leesville, SC had four birdies and an eagle in shooting a 71 on Sunday. He played the last seven holes in even par, but had an eagle, a double bogey, two birdies, two bogeys and one par over his last seven holes.

For the tournament he had 11 birdies, second best on the Clemson team. The fifth place finish was the best of his career. He had a seventh place at the US Collegiate, also a tournament played in the state of Georgia, last year.

Miller Capps was Clemson’s best player on Sunday with a 70 and he finished at even par for the tournament. That was quite an accomplishment considering he shot a 75 in the opening round.

Like Proveaux, Capps had an eagle on Sunday. It came during a stretch from the 11th to the 14th holes in which he played five under par. He did make two bogeys coming in, but his two under par 70 allowed him to finish at 216 for the tournament, tied for 12th.

One of the players he was tied with was Clemson’s freshman Austin Langdale. The freshman from Pendleton High School shot a 72 on Sunday to finish at even par for his first career event. For the 54 holes he made 12 birdies, most among the five Clemson players. Langdale played the par four holes and four-under-par for the tournament, tied for the best in the field of 75 players.

Langdale played the front nine in one-under par 35 Sunday and finished with a birdie on the 18th hole.

Carson Young, Langdale’s classmate from Pendleton High School, got into the tournament when Billy Kennerly was ill on Wednesday night and could not make he trip. His score counted all three rounds, including Sunday when he shot a 73. Young finished with a 220 for the 54 holes. He had three birdies and four bogeys on Sunday.

Stephen Behr, Clemson’s top golfer in terms of stroke average last year, had a 74 on Sunday and finished at 221, five over par. He played the last four holes in two under par to finish at 74 in the final round. He had 11 birdies for the 54 holes, tied for second among Clemson golfers.

Senior Thomas Bradshaw played as an individual and had a 76 on Sunday. He shot a 239 for the 54 holes.