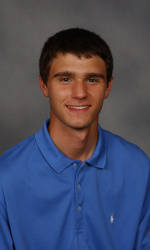 Clemson, SC-Clemson freshmen Kyle Stanley and Sam Saunders both recorded top 10 finishes in leading Clemson to a sixth-place team ranking at the Isleworth-UCF Collegiate Invitational in Windemere, FL. Clemson had an 894 team score for the 54-hole event that included 18 teams. Seven of the top 13 teams in the nation were on hand to compete on the par 72 Isleworth Country Club course that is 7,544 yards in length.

Texas won the team title with an 876 score, 12 shots ahead of Florida. Texas A&M who had the top round on Tuesday with a three-over par 291 score, jumped from 16th to third on the final day and finished at 890.

Defending NCAA Champion Oklahoma State was at 892, while Georgia was at 893, one shot better than Clemson. Kentucky was seventh at 896. Florida State, North Carolina and Wake Forest all tied for eighth with 900 team scores, while Georgia Tech was12th with a 903 score. Duke was 13th at 905 and rounded out the ACC contingent at the event.

Stanley was Clemson’s top competitor on Tuesday with a final round 72. He played the last seven holes in three-under-par to finish even for the day, one of just seven golfers in the 90-player field to shoot par or better in the windy conditions on Tuesday. Stanley, who now leads the Clemson team in stroke average for the season, finished with a 221 total to tie for 10th place. It was his first career top 10.

Among the players Stanley tied was classmate Sam Saunders. The native of Windemere, FL who had played Isleworth many times as a youth, had a solid tournament with scores of 74-72-75 to finish with a 221 total and his top 10 in his first career tournament. Saunders is the first true freshman to finish in the top 10 in his first tournament since D.J. Trahan finished sixth at the Ping Preview in the fall of 1999. (Red-shirt freshman Ben Martin had a third place finish at his first event earlier this year.) Saunders was one of just 12 players in the field to have rounds of 75 or better all three rounds. He played the par five holes six-under-par for the event, tied for second best in the field. His 10 birdies for the tournament led the Clemson team.

Phillip Mollica was Clemson’s third best player for the tournament and third best player on Tuesday. The sophomore from Anderson, SC had a 78 on Tuesday, but it was a gutsy performance considering he was six-over-par for his first four holes. He started with a pair of double bogeys, but settled down and played the final 14 holes at even par. Mollica finished with a 227 score, 11 over par and in a tie for 35th place. Mollica played the par threes at even par for the tournament, tied for second best among the field of 90 golfers.

Tanner Ervin had an 81 on Tuesday in the difficult conditions and finished with a 230 score for the three rounds, 14 over par. Ben Martin started the day in 12th place, but had an 83 on Tuesday, including a quadruple bogey on a par four on the back nine. He finished with a 229 score, 13 over par.