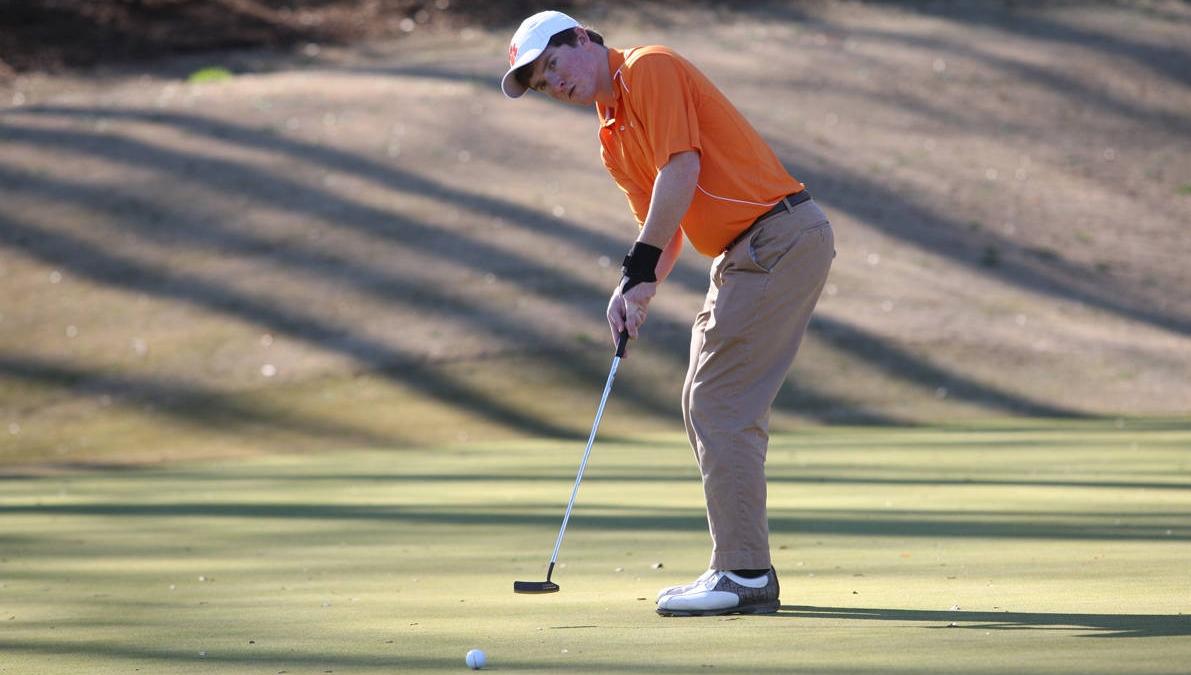 Behr finished fourth at the Carpet Classic last month and is now the first freshman in Clemson golf history to finish in the top 10 of the first two events of the Clemson season. He joins former Tiger and current European Tour Professional Michael Hoey as the only freshmen to record top 10 finishes in their first two career events. (Hoey did not play the first two events that year).

Behr is the first Clemson golfer, regardless of class to record top 10 finishes in the first two tournaments of the year since Kyle Stanley did it in 2008-09.

Behr had rounds of 73-70-71 on the par 70 Olympia Fields Course that was the site of the 2003 US Open. He was Clemson’s most consistent golfer on the difficult course where 74 was the average player daily score for the three days of the event. Over the course of the tournament Behr was one of just eight golfers who scored 73 or better all three rounds.

Clemson had a team score of 295 on Tuesday in its final round. Thirteen of the 14 teams were over par by at least double figures. Only Florida at 286, was under 290 as a team.Freshman Cody Proveaux also had a fine tournament for the Tigers with a 12th place finish after carding rounds of 74-73-69 for a 216 total. His final round 69 was the only under-par round of the tournament by a Tiger. He was one of just six players in the 70 player field to shoot in the 60s on Tuesday.

Proveaux had quite a run on Tuesday and was actually at four-under-par through his first nine holes. Playing the back nine first, the South Carolina Amateur Champion birdied the 16th and 17th holes, then made an eagle at the par five 18th hole to finish the nine with a 31. His eagle was the only one of the week by a Clemson golfer and one of just two eagles recorded by any golfer on Tuesday.

Senior Crawford Reeves was a counter for the Tigers on Tuesday with a final round 74. He had three birdies, but had a pair of double bogeys that hurt his scoring ability.