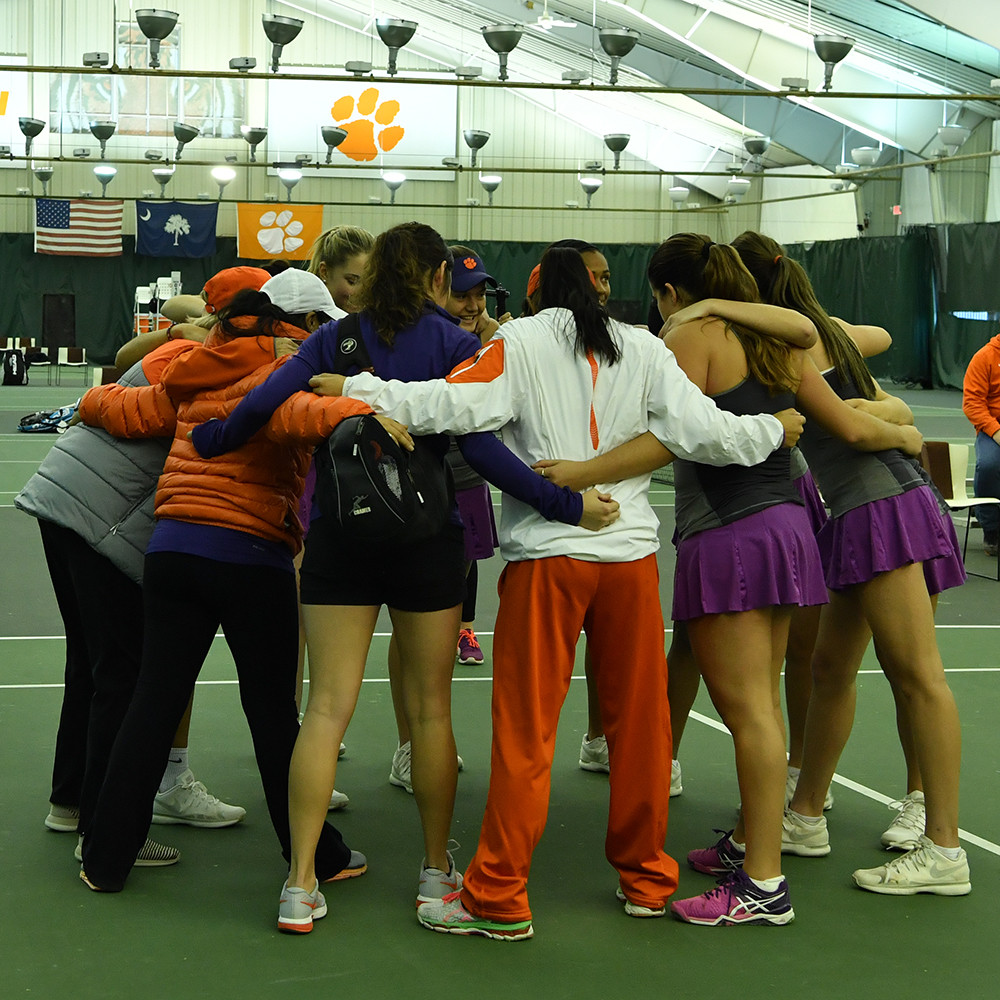 Clemson Falls to No. 6 Georgia Saturday

CLEMSON, S.C. – A highly-ranked and high-powered No. 6 Georgia team proved to be too much for the Clemson women’s tennis team as it suffered a 7-0 loss to the Bulldogs on Saturday afternoon at the Clemson Indoor Tennis Center. With the loss, the Tigers fall to 2-3 on the season, while Georgia improves to 3-0 with the win.

Georgia claimed the doubles point with 6-3 wins at No. 1 and No. 3, in that order. All three doubles matches were close through the first six points, before the Bulldogs pulled away.

In singles play, the Bulldogs’ No. 2-4 players were all ranked in the top 35 nationally, and their top player, Ellen Perez, was coming off a berth in the 2016 U.S. Open singles draw last fall. That proved to be a tough test for the Tigers, who lost in straight sets at No. 4, 1 and 3, in that order. Sophomore Ayan Broomfield, ranked 40th in the nation, battled against #23 Elena Christofi at No. 2 singles, ultimately dropping the first set 4-6 and then falling 6-2 in the second.

The Tigers have another top-25 matchup on the horizon, as 21st-ranked South Carolina comes to town next Saturday, Feb. 11. First serve is scheduled for 1 p.m. against the Gamecocks.