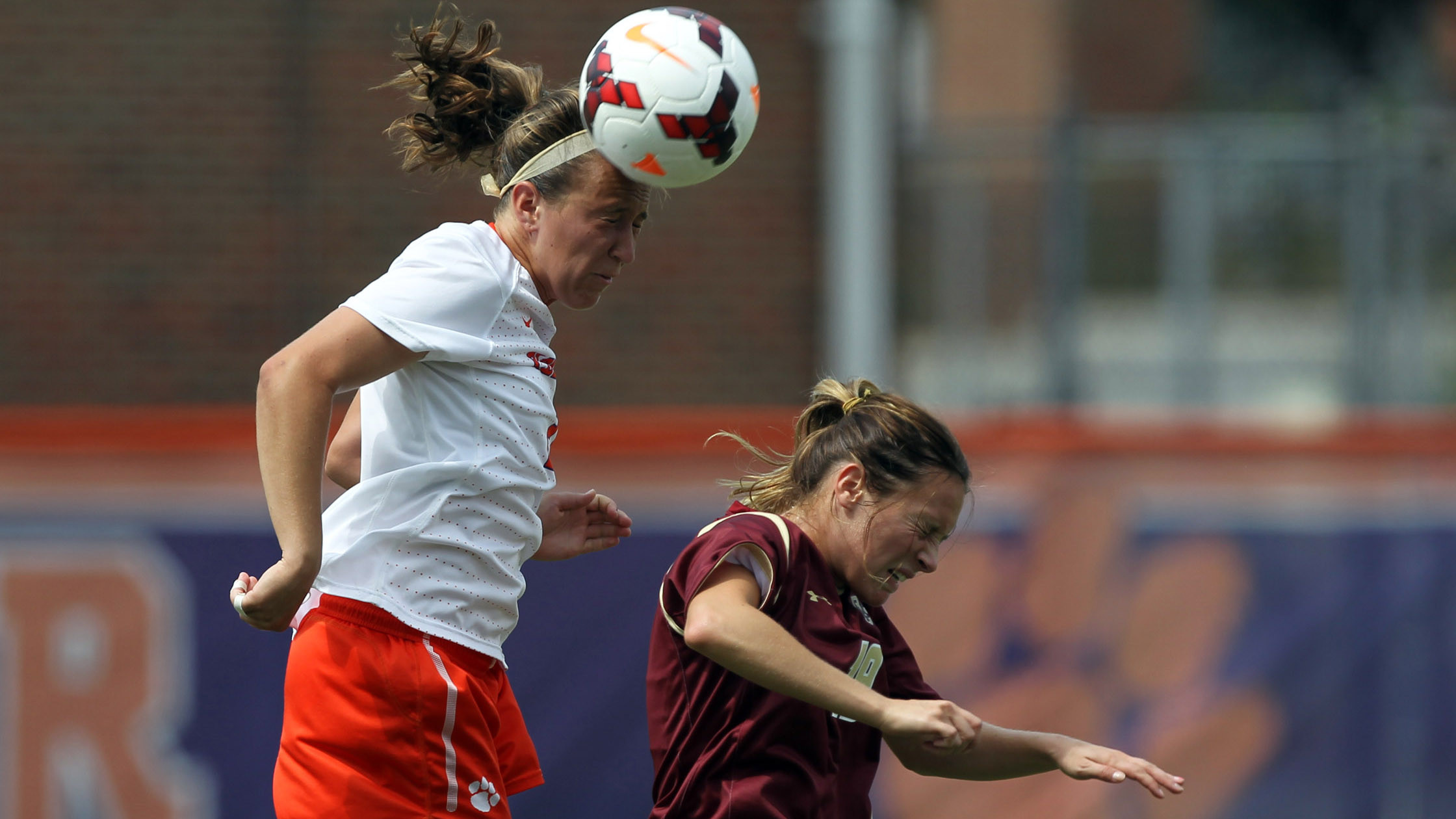 Clemson Falls to #12 Virginia Tech in Overtime in Blacksburg Thursday

BLACKSBURG, VA – The Clemson women’s soccer team played 90 minutes of scoreless soccer against 12th-ranked Virginia Tech to force overtime, however the Hokies netted a goal 44 seconds into overtime to claim a 1-0 victory Thursday night in Blacksburg.  With the loss, the Tigers drop to 6-3-3 overall and 3-2-1 in the Atlantic Coast Conference, while Virginia Tech improves to 10-1-2 (5-1-1 ACC).

“I feel good about our performance.  The girls played hard, represented themselves well and did a good job managing the game,” said head coach Eddie Radwanski.  “Virginia Tech is a good, well-coached team, and I was pleased with the way we dealt with their direct style of play.  Especially for a young team playing on the road, we were composed and we stuck to our game plan.  Once again, the back line was great, and Kailen Sheridan was fantastic in goal.  It was a good team defensive effort and I felt that we deserved a point from the game.”

The two teams played scoreless soccer for 90 minutes before the Hokies netted the game’s lone goal 44 seconds into the first overtime period.  On the play, Taylor Antolino sent a pass into the box and Katie Yensen finished the play with a shot to the left post to give Virginia Tech the 1-0 victory.

While Virginia Tech took 14 shots overall to Clemson’s five, in terms of actually threatening the goal, the game was nearly even.  The Hokies tallied four shots on goal to the Tigers’ two, and took two corner kicks to Clemson’s one.  Freshman Kailen Sheridan posted three saves in goal for Clemson, and Dayle Colpitts recorded two for Virginia Tech.

“It was a little bit like a chess game with both sides at a stalemate,” said Radwanski.  “Each team had one or two quality chances and there were a few close calls, but neither team really threatened the goal.  It was an unfortunate scenario that led to the goal, and I think we deserved more, but sometimes this game can be cruel.”

The road trip does not get any easier for the Tigers, as they will travel to Charlottesville to face the nation’s top-ranked team, Virginia, on Sunday.  The game between Clemson and the Cavaliers will kick off at 2 PM at Klockner Stadium.