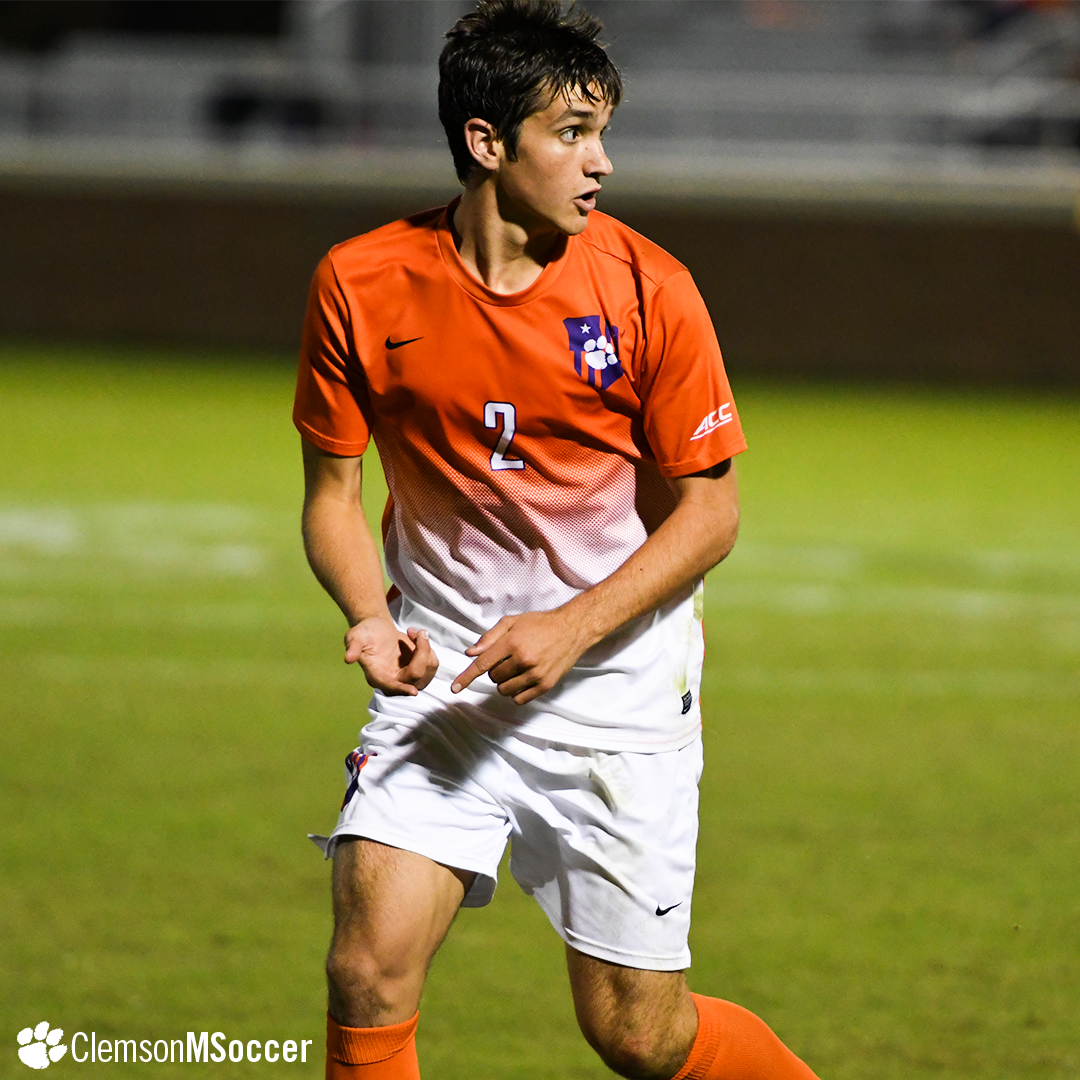 CLEMSON, S.C. – The third-ranked Clemson men’s soccer team fell to No. 14 Charlotte by a score of 1-0 on Tuesday night at Historic Riggs Field. With the loss, the Tigers unbeaten streak ends at seven, and they fall to 8-2-2 overall. while the Charlotte 49ers improve to 8-2 overall.

Clemson came close to opening the scoring inside the first ten minutes when senior Aaron Jones whipped a free kick into the box that found junior Diego Campos inside the six, but his header was saved. Both teams created scoring chances through 27 minutes, but neither team could find the opening goal. Neither team was able to find the go-ahead goal and the two sides would head into the half tied at zero.

Five minutes into the second half senior Thales Moreno had a low driven rip from 20 yards out, and the 49ers keeper was in great position again to make the save. In the 55th-minute Charlotte took the lead when redshirt sophomore Daniel Bruce was able to find his way around Ximo Miralles to pass the ball into the net, giving the 49ers the advantage. Clemson would press for the equalizer but was unable to find an equalizing goal before falling to No. 14 Charlotte.

“We are disappointed with the result, but the performance was good. Credit to Charlotte who took the goal well and put away one of their few opportunities,” said Head Coach Mike Noonan. “We have to finish our chances, but I am proud of the way the team played tonight.”

In the match, Clemson took 14 shots to Charlotte’s 9. The goal by Charlotte was the first goal allowed by the Tigers in four matches.

The Clemson men’s soccer team is back in action Friday, Oct. 14 at 7 p.m. when it travels to Boston College. With a short turnaround, the Tigers travel to Providence on Sunday, Oct. 16 to face Brown at 12:30 p.m.