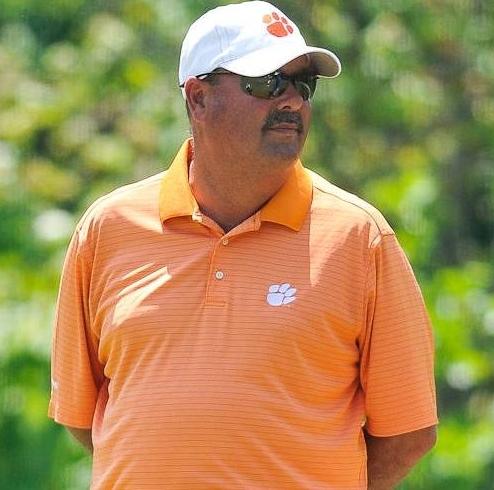 Clemson, S.C.—Clemson’s men’s golf team is ranked 10th in the nation according to the latest Golfweek/Sagarin college computer rankings released on Monday afternoon.  The Tigers are the highest rated ACC team according to the computer system.

Clemson is ranked 10th while Florida State is 13th, Duke is 18th, Wake Forest is19th, North Carolina is 21st and Virginia is 24th.   The ACC has six of the top 25 and nine of the top 50 teams in the nation according to Golfweek/Sagarin.  NC State is 34th, defending ACC Champion Georgia Tech is 44th and Louisville is 50th.

Clemson will be one of 12 teams competing for the ACC Championship at The Old North State Club in New London, N.C.  Larry Penley’s Tigers begin play this coming Friday at 11:30 a.m. and will be paired with Wake Forest and Florida State on the opening day.  Pairings for Saturday and Sunday will be based on team standings the at the end of play the previous day.

In addition to Clemson’s No. 10 ranking by Golfweek/Sagarin, the Tigers also hold down the No. 6 ranking when it comes to strength of schedule.  Only Florida State is ranked ahead of Clemson among ACC schools in that category.