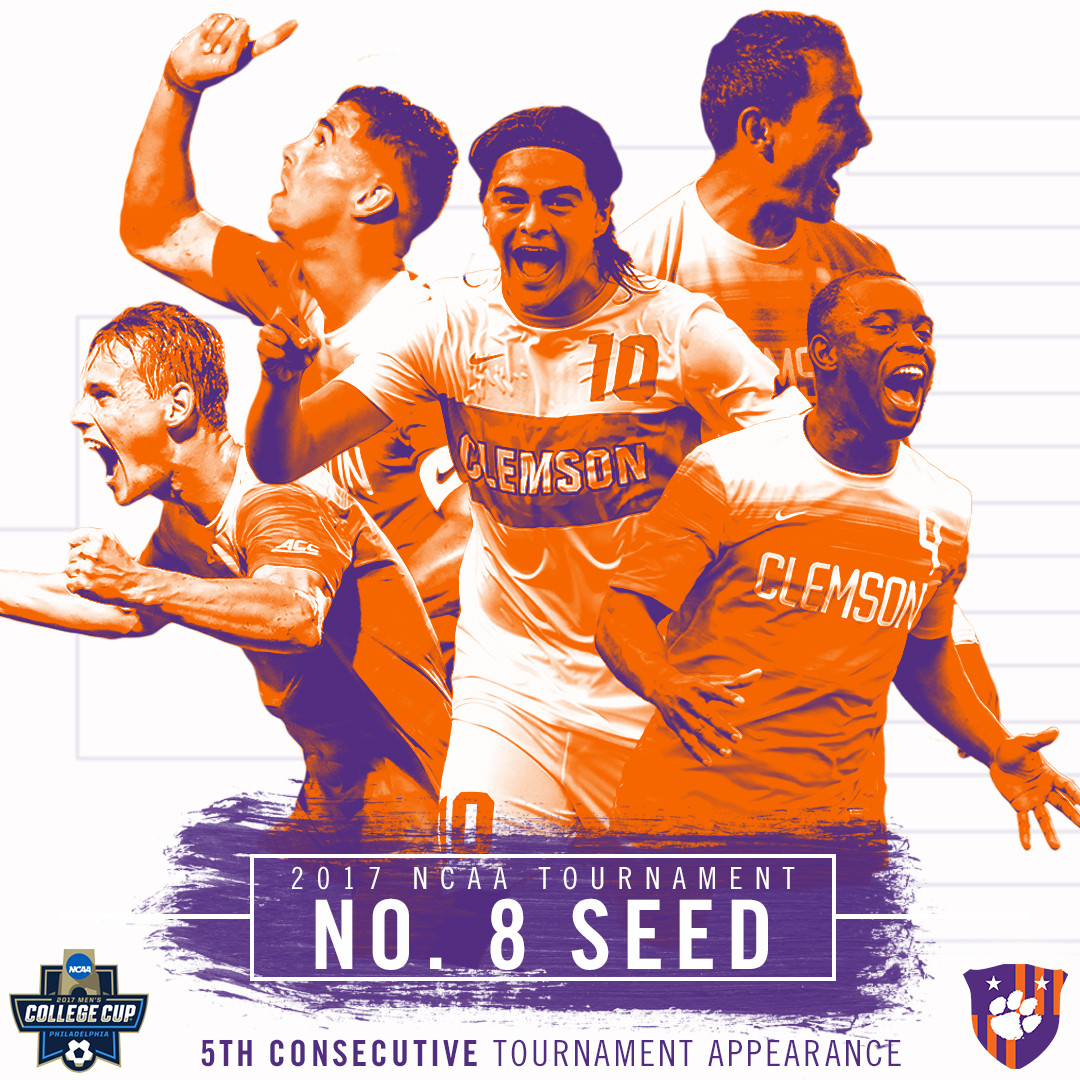 CLEMSON, S.C. – The Clemson men’s soccer team is the No. 8 National Seed in the 48-team bracket for the 2017 NCAA Tournament, as announced by the NCAA on Monday afternoon. Having received a first round bye, the Tigers will play the winner of Mercer and Coastal Carolina in the second round on Sunday, Nov. 19 at Historic Riggs Field.

The ACC earned an NCAA-record nine tournament bids for the second straight year, and seven of those nine teams are seeded in the top 12.

Tickets for Sunday’s match can be purchased HERE.