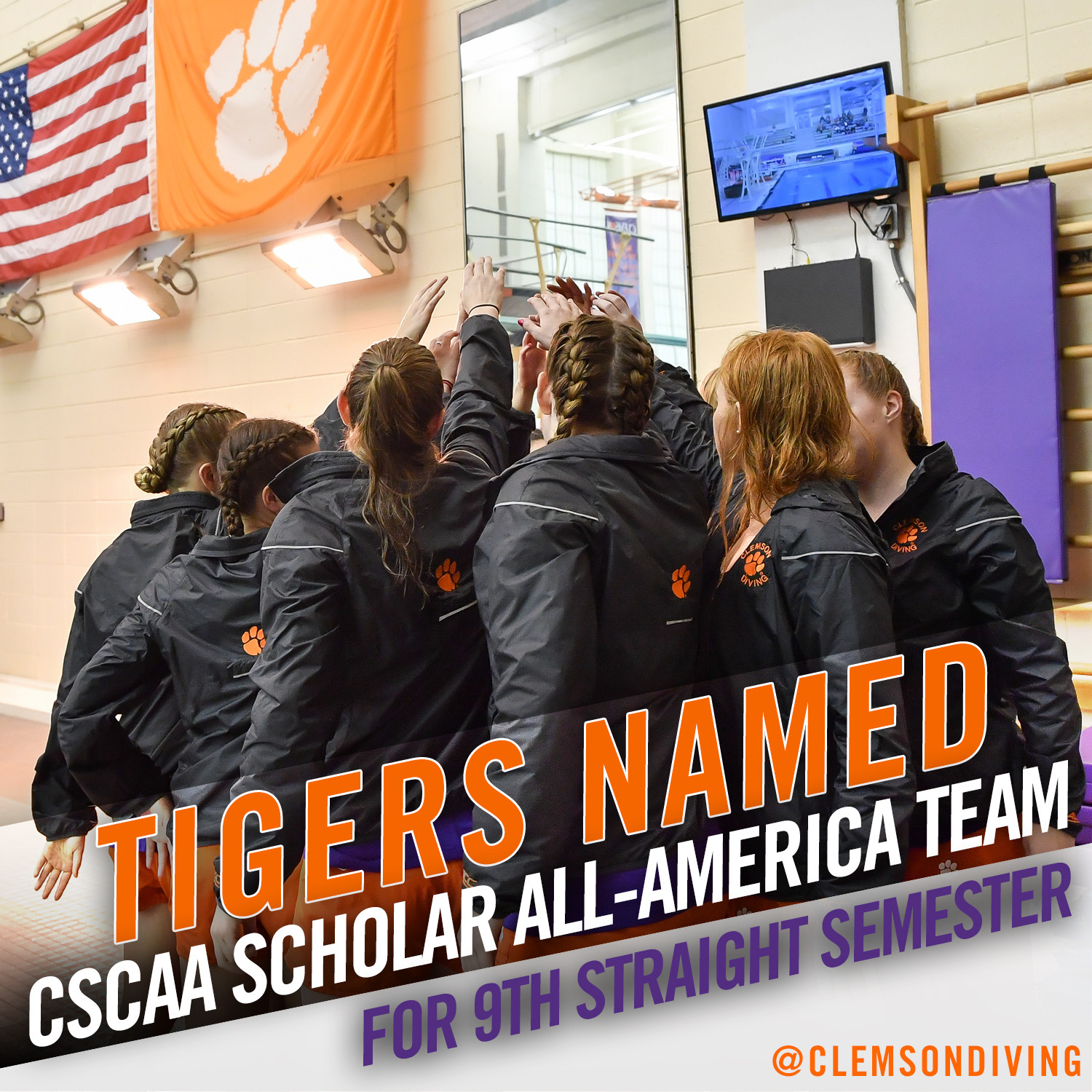 CLEMSON, S.C. – The Clemson diving team has been named a CSCAA Scholar All-America Team for the ninth consecutive semester, as announced by the College Swimming Coaches of America on Wednesday. The honor is awarded to teams that have a cumulative grade point average of 3.0 or higher, and the Tigers finished the fall with a grade point average of 3.27. This semester, 638 different teams representing 394 colleges and universities were on the list.

With two meets left in the regular season, the team has already totaled 49 NCAA Zone qualifying scores, with 22 each in both the one- and three-meter and five in the platform. Two Tigers, Danielle Reitsma and Freida Lim, have qualified for Zones in all three events, and Sarah Braun, Sarah Blank and Jaya Brown have all qualified in both the one- and three-meter. Reitsma and Lim have also set new program records this season, with Reitsma posting a score of 301.12 on the one-meter against West Florida on Oct. 29, 2016, and Lim shattering the previous platform mark of 255.90 when she recorded a 301.40 at the Virginia Tech Invitational on Nov. 19, 2016.