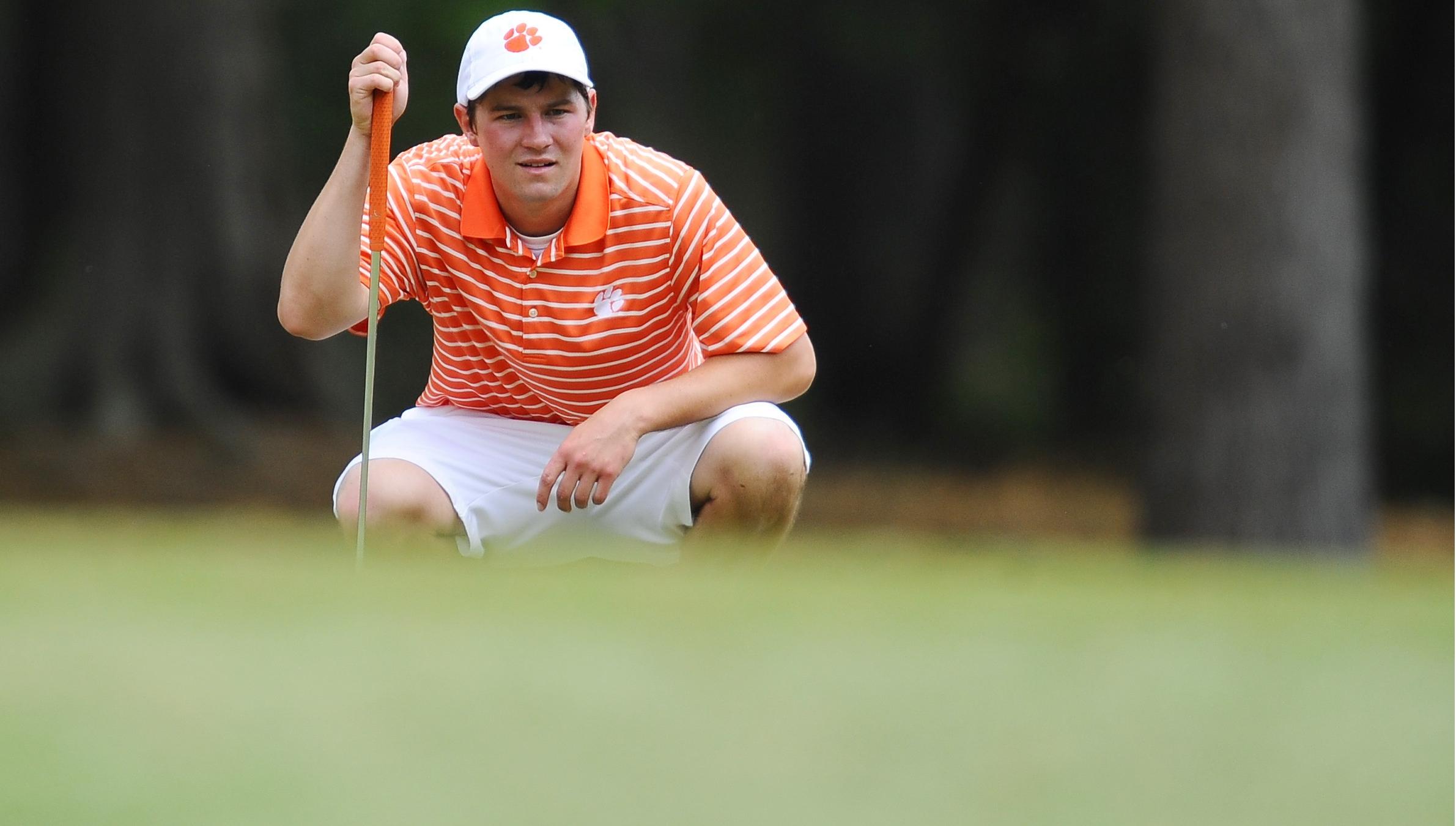 CLEMSON, S.C. – The Tigers received a bid to the NCAA Men’s Golf Tournament for the 33rd consecutive year on Monday. Clemson is one of 14 teams competing at the Illinois Regional (Sugar Grove, Ill.) at Rich Harvest Farms. It is one of six regional sites across the country held May 15-17.

The top five teams from each regional advance to the NCAA National Championship at Prairie Dunes Golf Club in Hutchinson, Kan., May 23-28. Clemson’s selection is its 34th in the NCAA Men’s Golf Tournament, and the 33-year streak is the second longest active streak in the nation behind Oklahoma State (69). Clemson has gone to the NCAA Tournament all 31 seasons Larry Penley has served as head coach. The Tigers won the NCAA Championship under Penley in 2003. Clemson, the No. 6 seed in the regional, enters the tournament ranked 29th in Golfweek and 33rd by Golfstat. The Tigers own the No. 11 strength of schedule in the nation according to Golfweek, and are coming off a third-place finish at the ACC Championships. Clemson has one victory (Cleveland Golf Palmetto Classic), a second place (Wolfpack Spring Open) and two third-place finishes. Clemson has had a balanced team this season, as the top three players on the team are separated by less than half a stroke per round. Stephen Behr leads the way with a 72.26 average for his 27 rounds. The sophomore from Florence, S.C., has five rounds in the 60s, including each of his last two rounds at the ACC Tournament. He finished eighth at the Wolfpack Spring Open and ninth at the Cleveland Golf Palmetto Classic.Miller Capps is Clemson’s No. 2 player in terms of stroke average with a 72.54 figure. The sophomore from Denver, N.C., had the most impressive performance of the year when he won the Puerto Rico Classic in February with a 204 total against a national field.Austin Langdale is a freshman from Townville, S.C., with a 72.68 average, third on the team. He has a team-best tying three top-10 finishes, including medalist honors at the Cleveland Golf Palmetto Classic. Langdale has consecutive top-10 finishes entering the NCAA Regional, including a ninth place at the ACC Tournament, the best finish by a Tiger freshman at the conference tournament since Kyle Stanley was third in 2007.Cody Proveaux also has three top-10 finishes this season, including two in a row entering the NCAA Regional. He was the only Tiger to score even par or better in each of the three rounds of the ACC Tournament. He has 10 rounds at par or better this season and was Clemson’s No. 2 scorer at the NCAA Regional last year in Arizona.Carson Young rounds out the Clemson lineup. The freshman from Pendleton, S.C., and high school teammate of Langdale has a 74.41 stroke average, but has scored 72 or better in four of his last seven rounds.