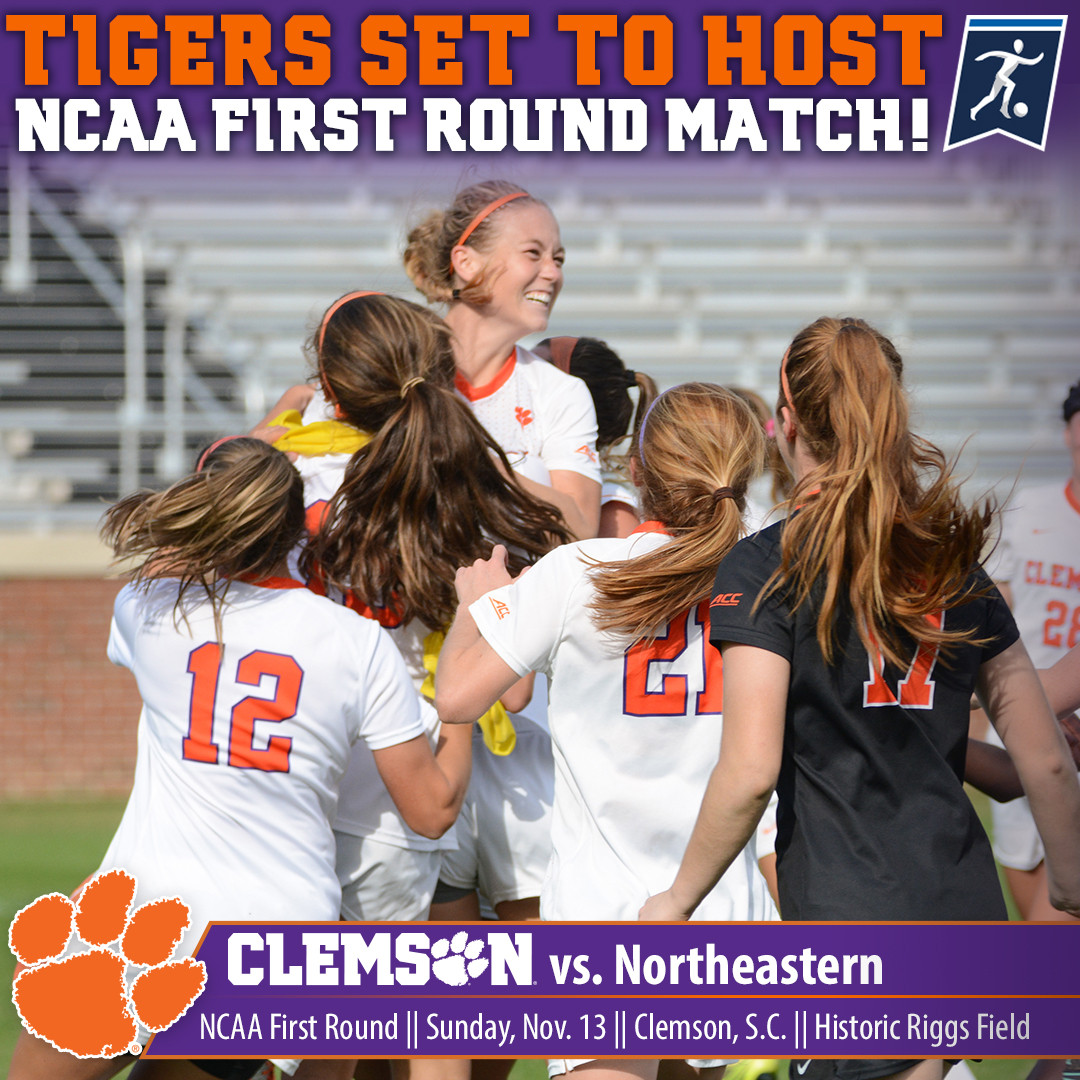 Clemson Earns a No. 3 National Seed, Hosts Northeastern in NCAA First Round

CLEMSON, S.C. – The ninth-ranked Clemson women’s soccer team is one of four No. 3 National Seeds in the 64-team bracket for the 2016 NCAA Tournament, as announced by the NCAA on Monday afternoon. The Tigers host Northeastern, the champion of the Colonial Athletic Association, in the first round on Sunday, Nov. 13 at 1 p.m. at Historic Riggs Field.

This is Clemson’s third straight NCAA Tournament berth under sixth-year head coach Eddie Radwanski, who, last week, was named the 2016 ACC Coach of the Year. It is the second-consecutive year that the Tigers have hosted a first-round contest. It is the program’s 17th all-time appearance in the NCAA Tournament, and Clemson has a 10-13-7 record in the national tournament all-time.

The Tigers are 13-4-3 overall and finished as the 2016 ACC Regular Season Champions, along with Notre Dame. In addition to Radwanski’s coaching accolade, four Clemson players, Catrina Atanda (first team), Kailen Sheridan (first team), Sam Staab (second team) and Claire Wagner (third team) earned All-ACC honors for the 2016 season. As a team, the Tigers rank in the top 20 nationally in six offensive statistical categories, including third in both assists (53) and assists per game (2.65).

Northeastern won its third CAA title in the past four seasons when it defeated Drexel 3-0 on Nov. 6, to improve to 14-6-1 on the season. The Huskies are coached by Ashley Phillips, who was a four-year letterwinner and All-American goalkeeper for Clemson from 2004-07. Phillips is in her first season as head coach at Northeastern, after spending six seasons as an assistant and/or associate coach at the school.

Ticket InformationTickets can be purchased online at ClemsonTigers.com by clicking HERE, or at the Historic Riggs Field gates prior to the match on Sunday. Gates open at noon on Sunday. Ticket prices are as follows: