“I liked the way our team fought and battled,” said head coach John Rittman. “It was a tough weekend for us. Regan Spencer did a great job for us in the circle. Louisville was able to capitalize on some opportunities, and credit goes to Taylor Roby and Camryn Greenwood for their work in the circle and at the plate. We hit a couple of ‘at ’em’ balls with runners in scoring position and didn’t capitalize in those key situations. We are going to take this weekend and learn from it as we prepare for the Gamecocks on Wednesday.”

For the third straight day, Clemson’s pitching staff led the charge to start the game as sophomore Regan Spencer only threw only 11 pitches in the first inning and picked up two strikeouts. She continued that momentum through the next few innings tossing only 10 pitches in the fourth with another two strikeouts to bring her total to six.

The bats came alive for the Tigers in the third inning as Alia Logoleo notched a single up the middle followed by Maddie Moore drawing a walk. With two outs, McKenzie Clark drove the fourth pitch of her at bat into left field to bring Logoleo home from second to give Clemson the 1-0 lead.

Clemson doubled its lead in the fourth inning after Sam Russ drew a walk and quickly stole her 15th base of the season to move into scoring position for freshman Aby Vieira to hit a two-out RBI single to bring her home. The Cardinals responded in the top of the fifth with two runs of their own to tie the game.

The Tigers looked to get some of those runs back in the bottom half of the inning after Pereira got on due to a Louisville error. Marissa Guimbarda drove a single into left field with two outs to put runners on the corners, but Clemson left them both stranded.

It took extra innings for a winner to be decided, and Louisville scored two in the eighth to take the lead.

The Tigers attempted to claw their way back in the bottom of the inning with Guimbarda starting things with a base hit into right center. She was replaced by pinch runner Carlee Shannon who was ruled safe at second in the next at bat due to Louisville bobbling a fielder’s choice that allowed Russ to reach. Vieira would advance Shannon to third off another fielder’s choice that ruled Russ out at second.

With two outs, Logoleo battled through 17 pitches, 16 of which were strikes, before Louisville forced her to pop one up to the shortstop to end the game. Clemson won the series with wins on Friday and Saturday but dropped the Sunday game, 4-2, to end the weekend series.

Spencer threw 5.0 innings and picked up a season-high seven strikeouts, one shy of tying her career high, before being replaced by Valerie Cagle. Cagle pitched the final three innings and struck out five batters as she fell to 8-7 on the season.

The Tigers are back in action on Wednesday at McWhorter Stadium hosting South Carolina. First pitch against the Gamecocks is scheduled for 7 p.m. on the ACC Network. 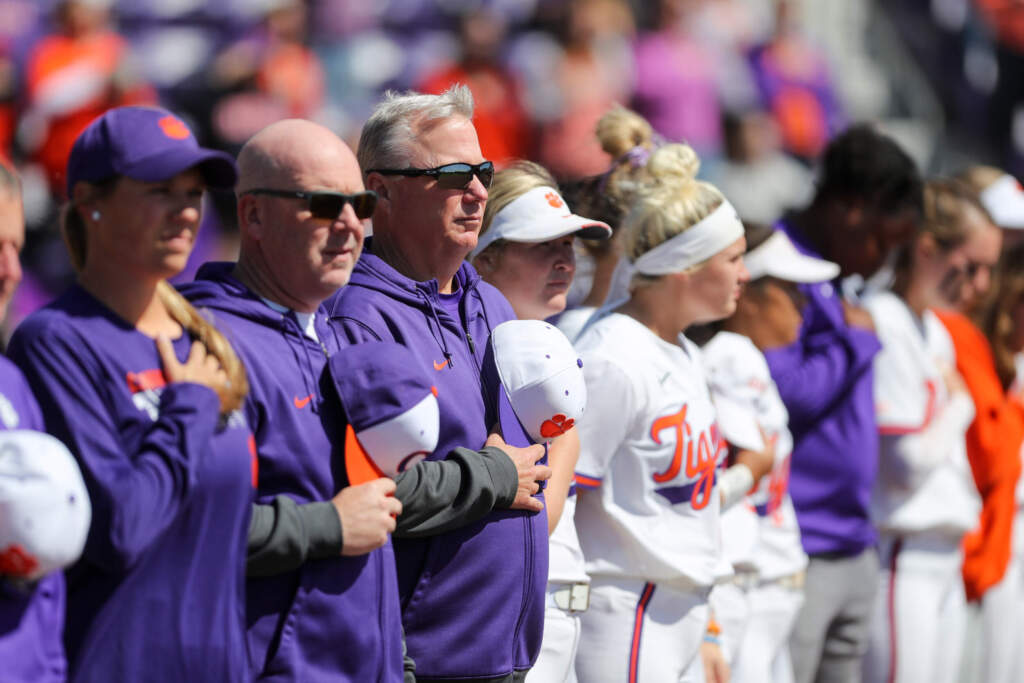 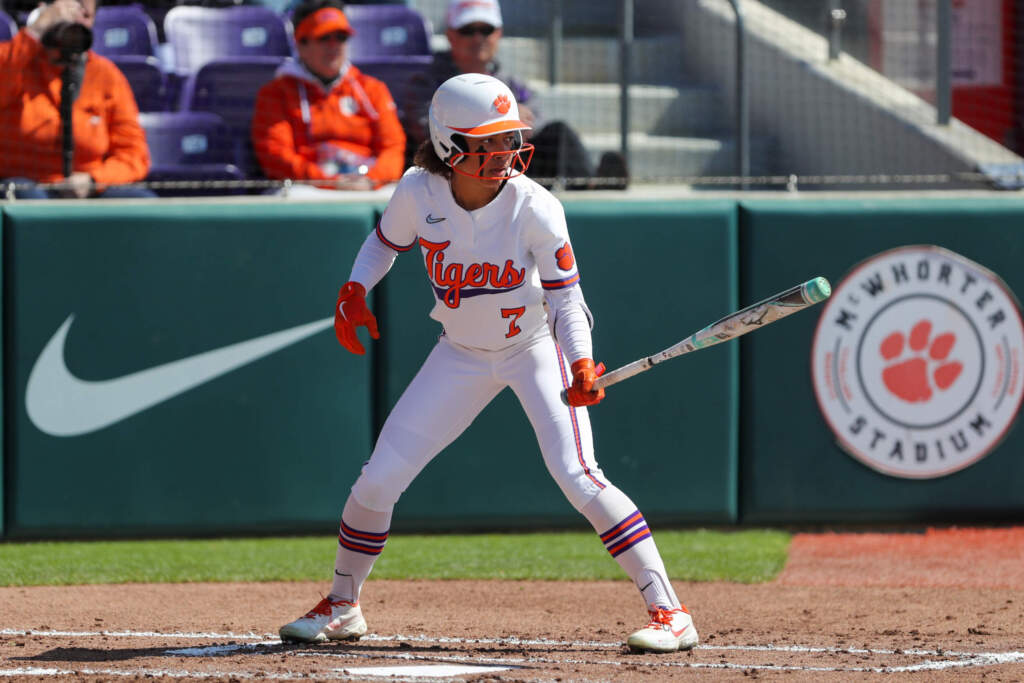 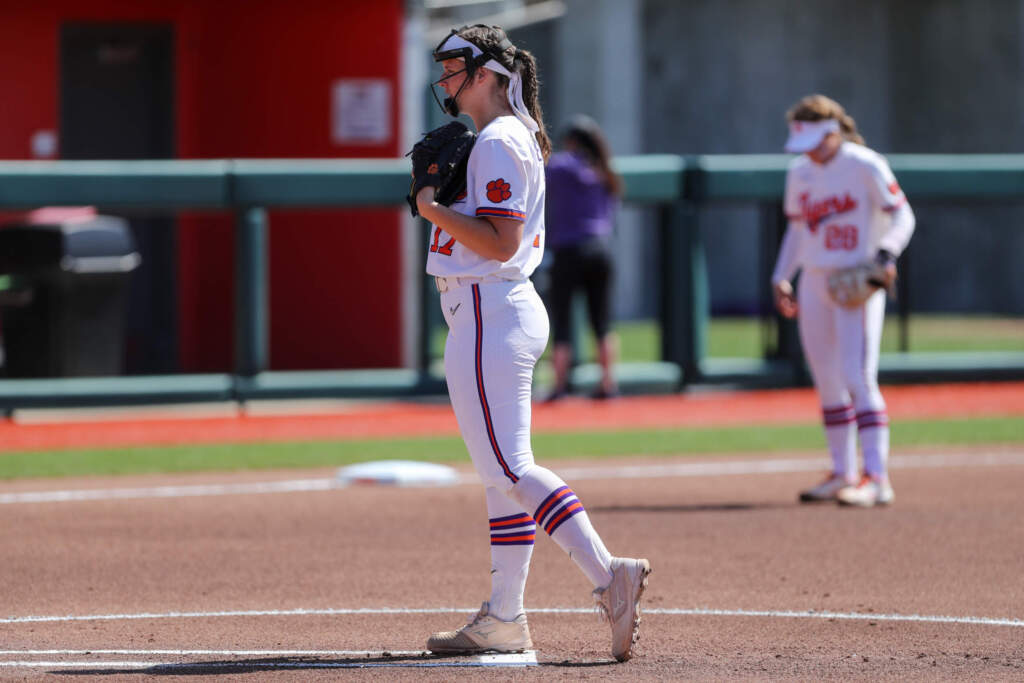 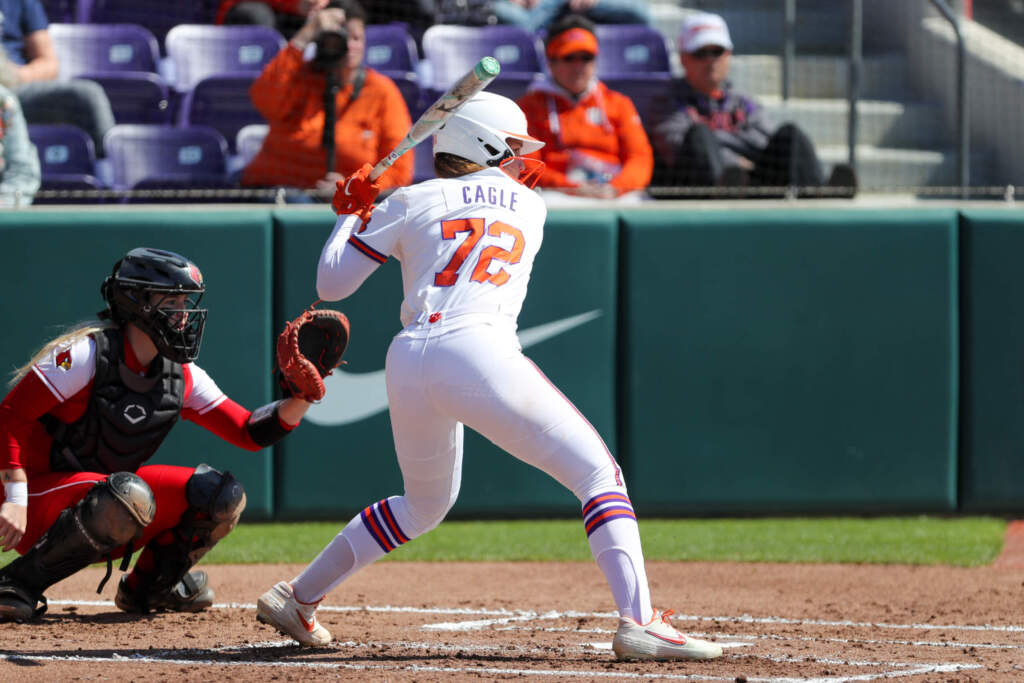 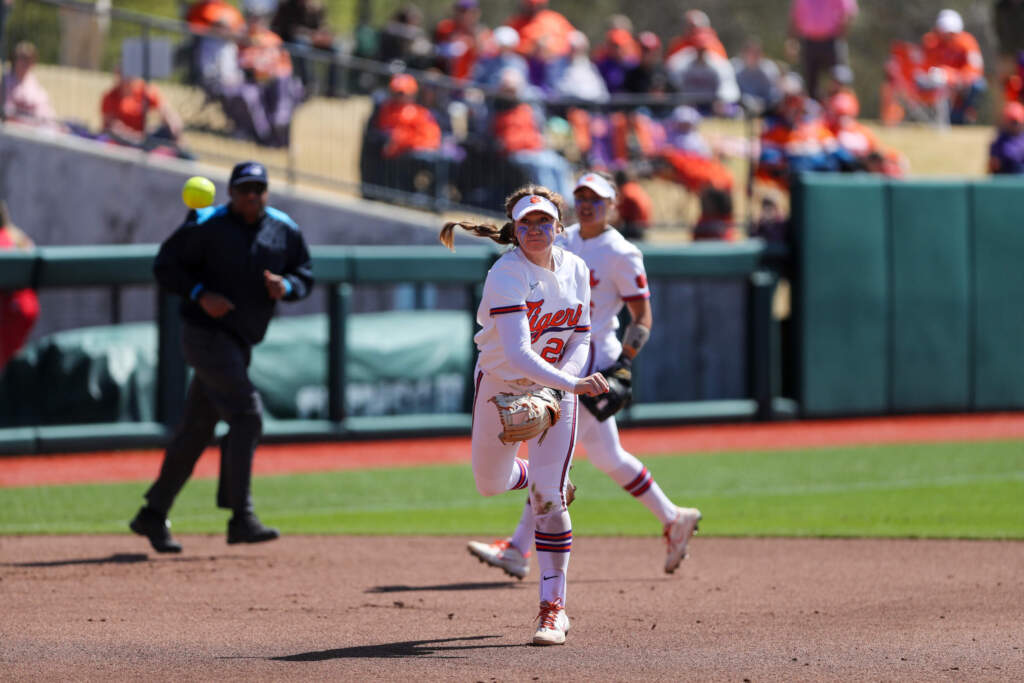 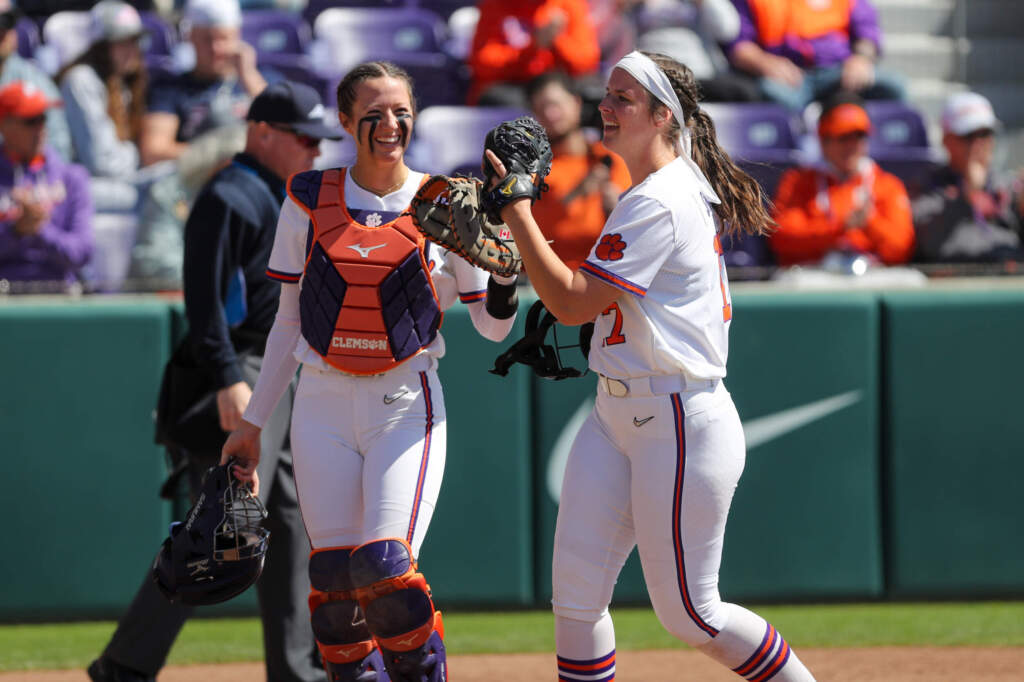 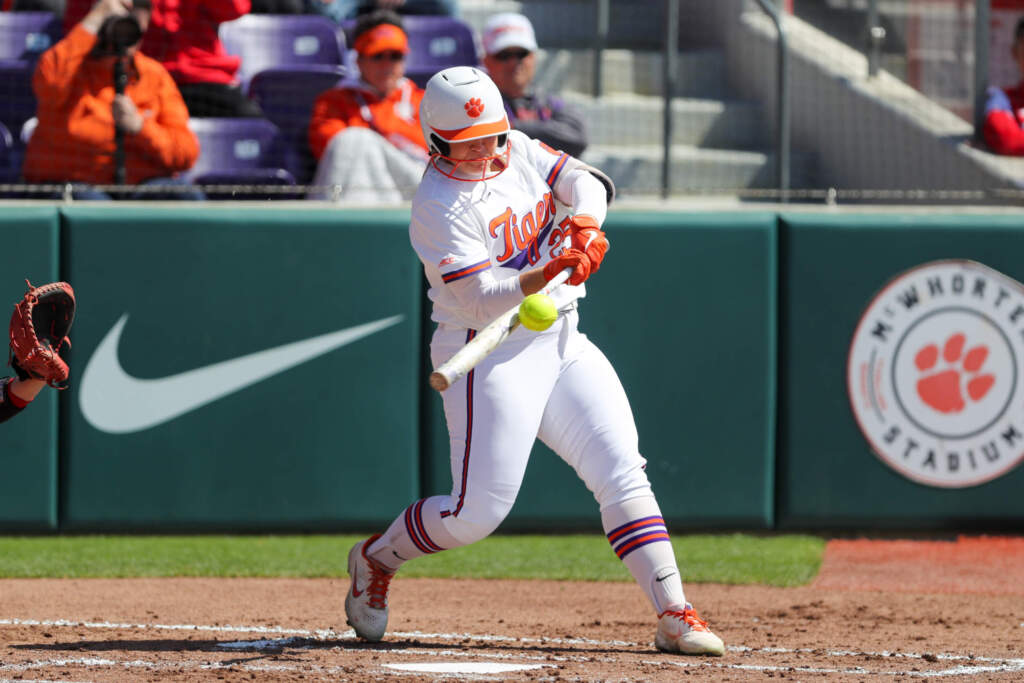 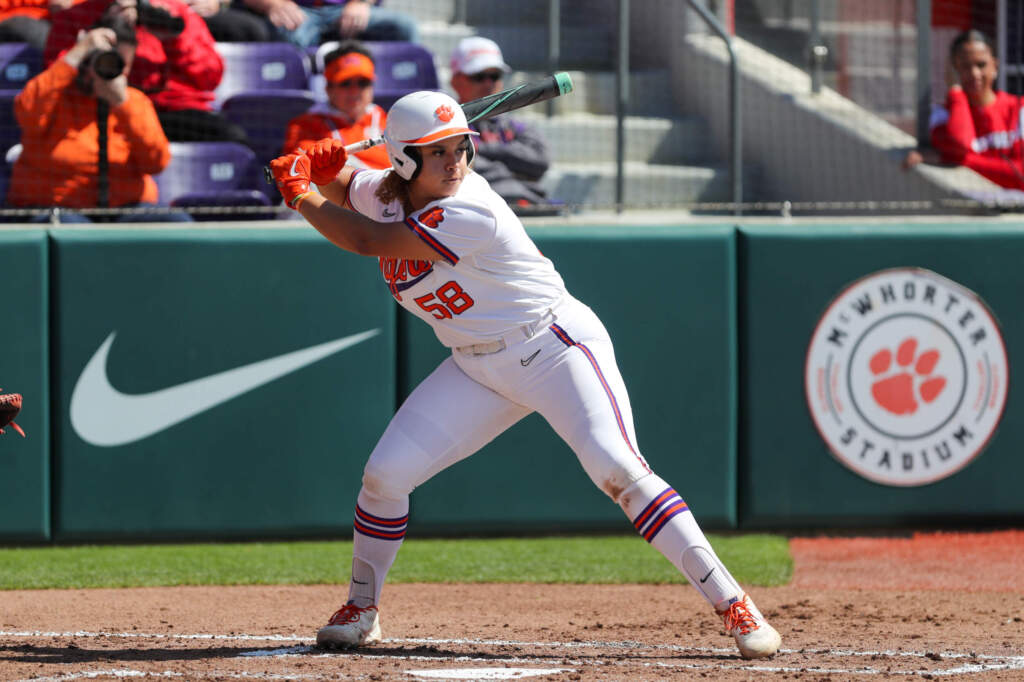 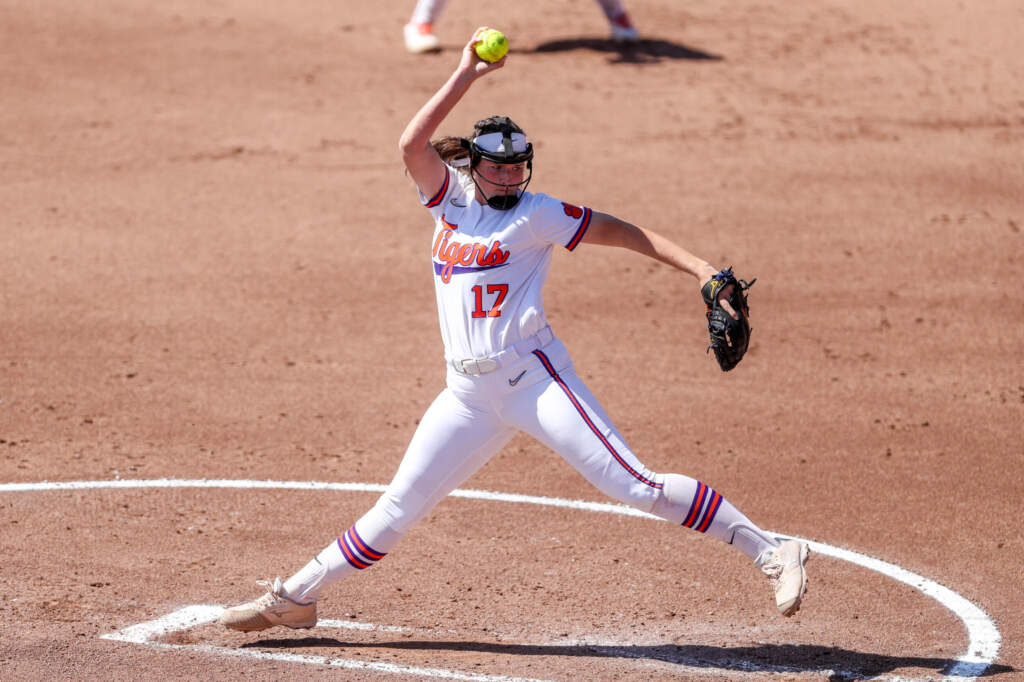 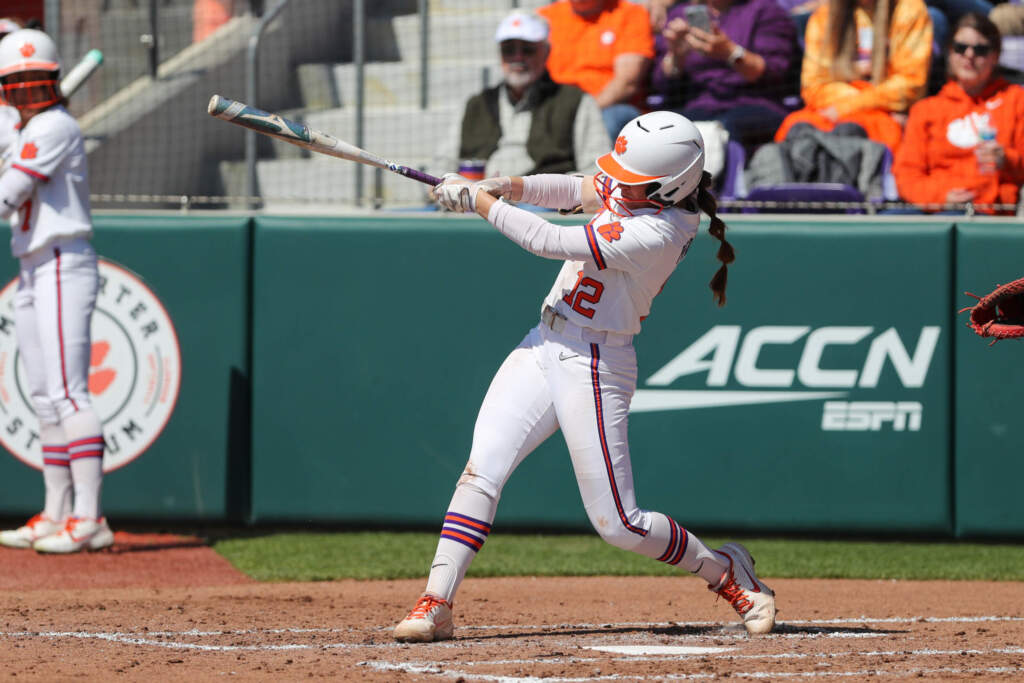