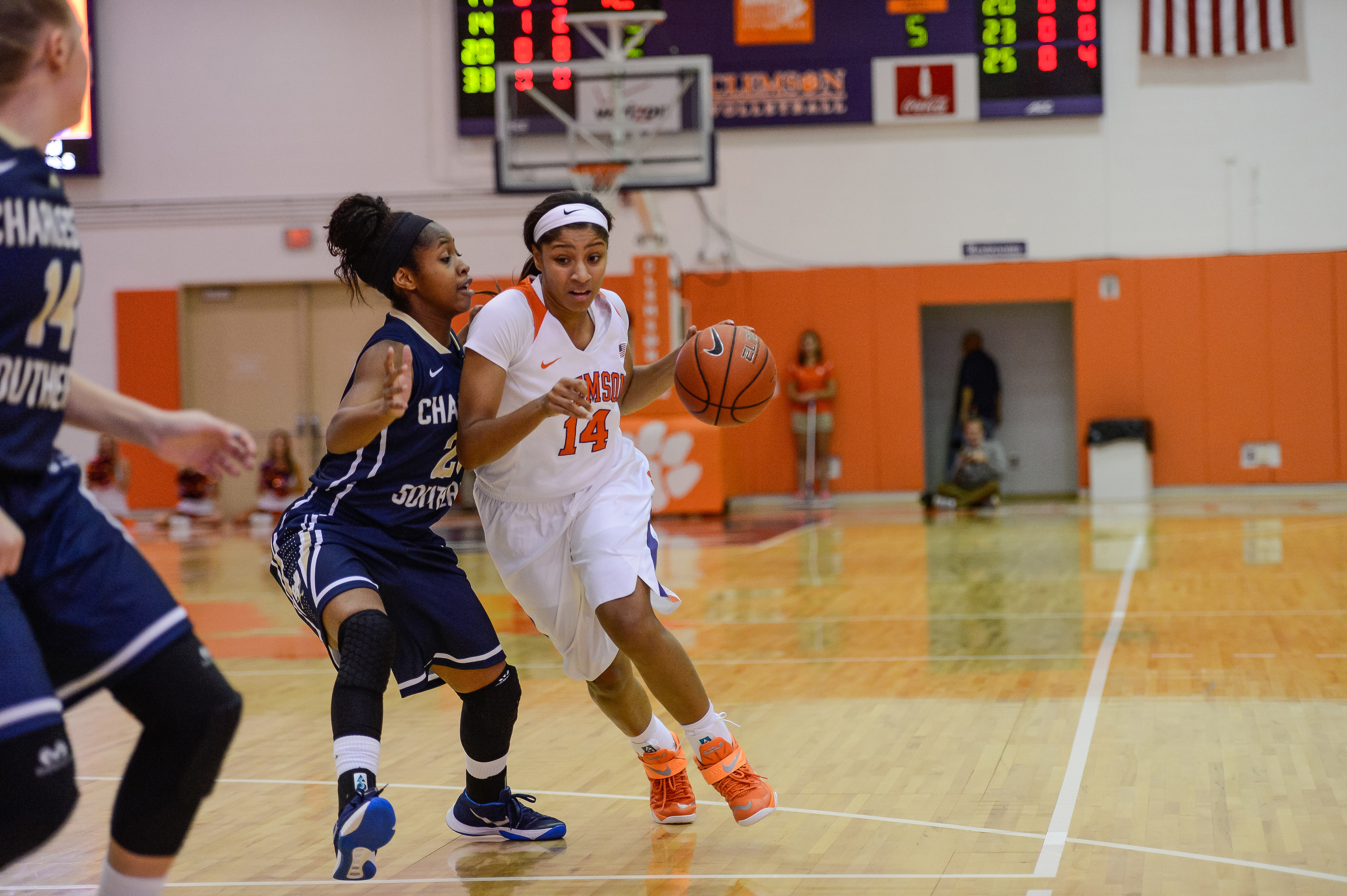 “Paige Mosley provided an offensive spark for us today. She needs to be more consistent but she came to play for us tonight. She stepped up scoring 16 points in 23 minutes,” Head Coach Audra Smith said following the contest.

Clemson began the game on a 4-0 run, but Pitt stormed back, scoring nine straight points to take a 9-4 lead halfway through the first quarter. Pitt continued to score on the offensive end, extending their lead until Mosley scored four consecutive points for Clemson to halt the Panthers’ run. Pitt’s lead held at 17-12 at the end of the first quarter.

The Tigers came alive in the second quarter as Mosley and Perry combined to score the first ten points of the quarter for Clemson. The Tigers took a 24-23 lead on an acrobatic layup by Alexis Carter, reclaiming the lead for the first time since early in the first quarter. Clemson closed the first half on a 12-5 run to take a 35-29 lead into intermission.

On an Aliyah Collier layup, Clemson took a 39-29 lead with 8:03 remaining in the third quarter. Pitt countered, going on a 10-0 run to tie the game up at 39 with 5:29 left in the third. Neither team could find separation for the rest of the third quarter, as Pitt led 44-43 heading into the fourth and final quarter.

Clemson fought back and took a 51-50 lead on a three-pointer by Victoria Cardaci with 6:12 remaining in the contest. The Tigers and Panthers battled back and forth for the final six minutes of the game, which featured four lead changes and two tied scores.

Pitt freshman Brenna Wise hit a free throw to tie the game at 56 with 1:13 remaining. Clemson could not score on the following possession and Pitt’s Stasha Carey hit a jumper in the lane to give the Panthers a 58-56 lead with 16 seconds left in the game. The Tigers went to Nelly Perry in the final possession but she could not find the bottom of the net and Pitt hung on to win in the final seconds.

“I very proud of the way we played. We played very hard and we had our chances. We dominated the second quarter and we were right there in the fourth quarter. We are young but we need to be able to get over the hump.”

Clemson returns to action on Thursday, Feb. 4 when they take on Syracuse at 7 p.m. in the Carrier Dome.