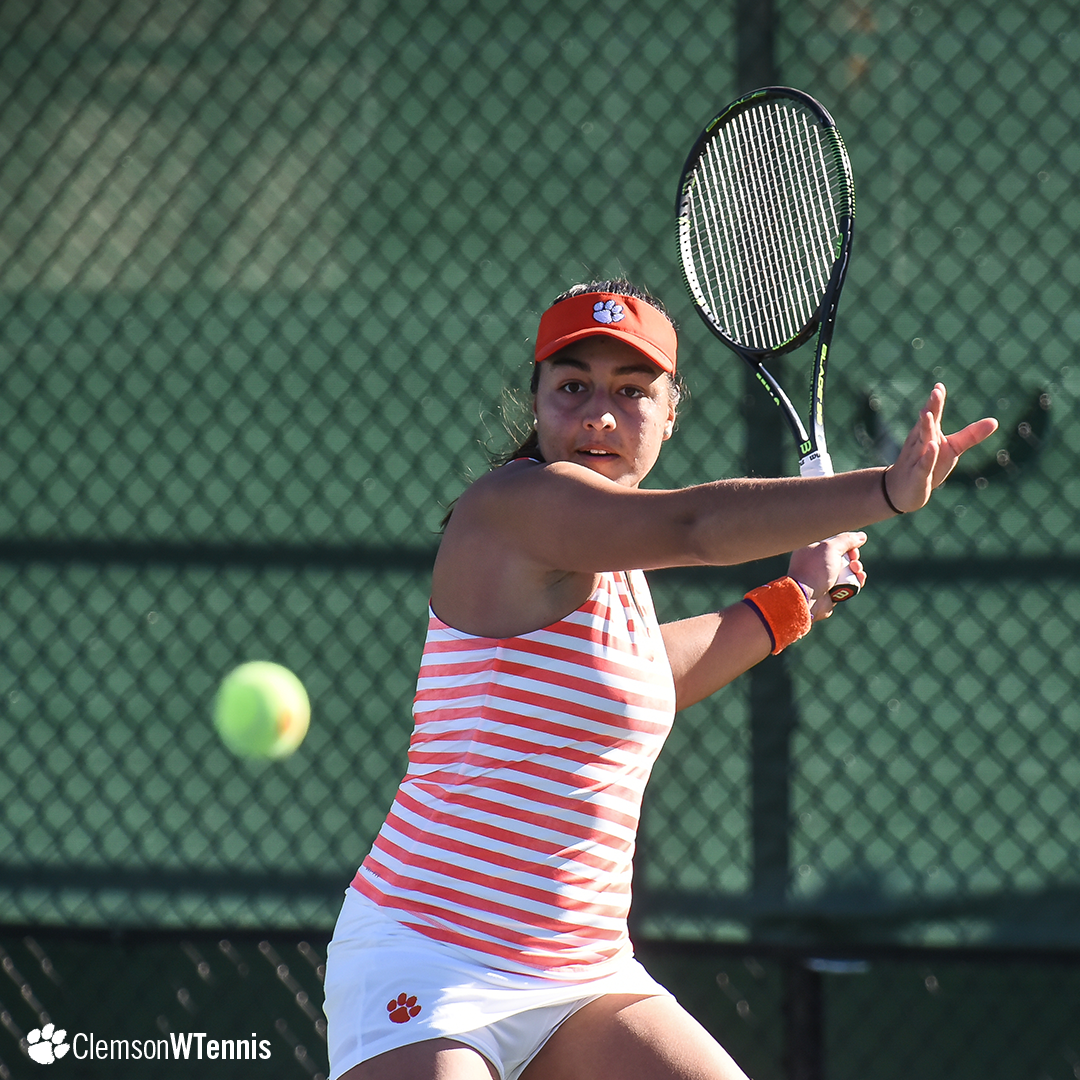 CLEMSON, S.C. – The Clemson women’s tennis team fell to in-state rival and No. 21 South Carolina on Sunday afternoon, 7-0. Five out of the six singles matches went to a third set in the hard-fought match by both sides. Clemson falls to 2-4, and the Gamecocks improve to 6-1 overall.

The Gamecocks took the doubles point over the Tigers with wins at No. 1 and No. 2. Horvit and Dailey of South Carolina won decisively at No. 2, topping Ally Miller-Krasilnikov and Sydney Riley, 6-1. Marie-Alexandre Leduc and Fernanda Navarro fought the entire match against Berg and Cline who are the 35th-ranked doubles team in the country but fell by a score of 6-2. The Gamecocks would take a 1-0 lead heading into singles.

In singles play the Gamecocks would take a 2-0 advantage after Berg defeated Dani Ruiz in straight sets, (6-1, 6-0). After losing their first sets, Krasilnikov and Riley both forced third sets on their respective courts but both fell in the third allowing the Gamecocks to clinch the match over the Tigers. South Carolina would take a 5-0 lead after freshman Gorches showed great fight against the 121st-ranked singles player Silvia Chinellato falling in three sets, (6-7, 6-4, 2-6). The Gamecocks would complete the sweep after two more three-set victories on courts one and two.

Clemson returns to the courts on to open ACC play on Saturday, Feb. 18 at 11 a.m. against Wake Forest in Winston-Salem, N.C.