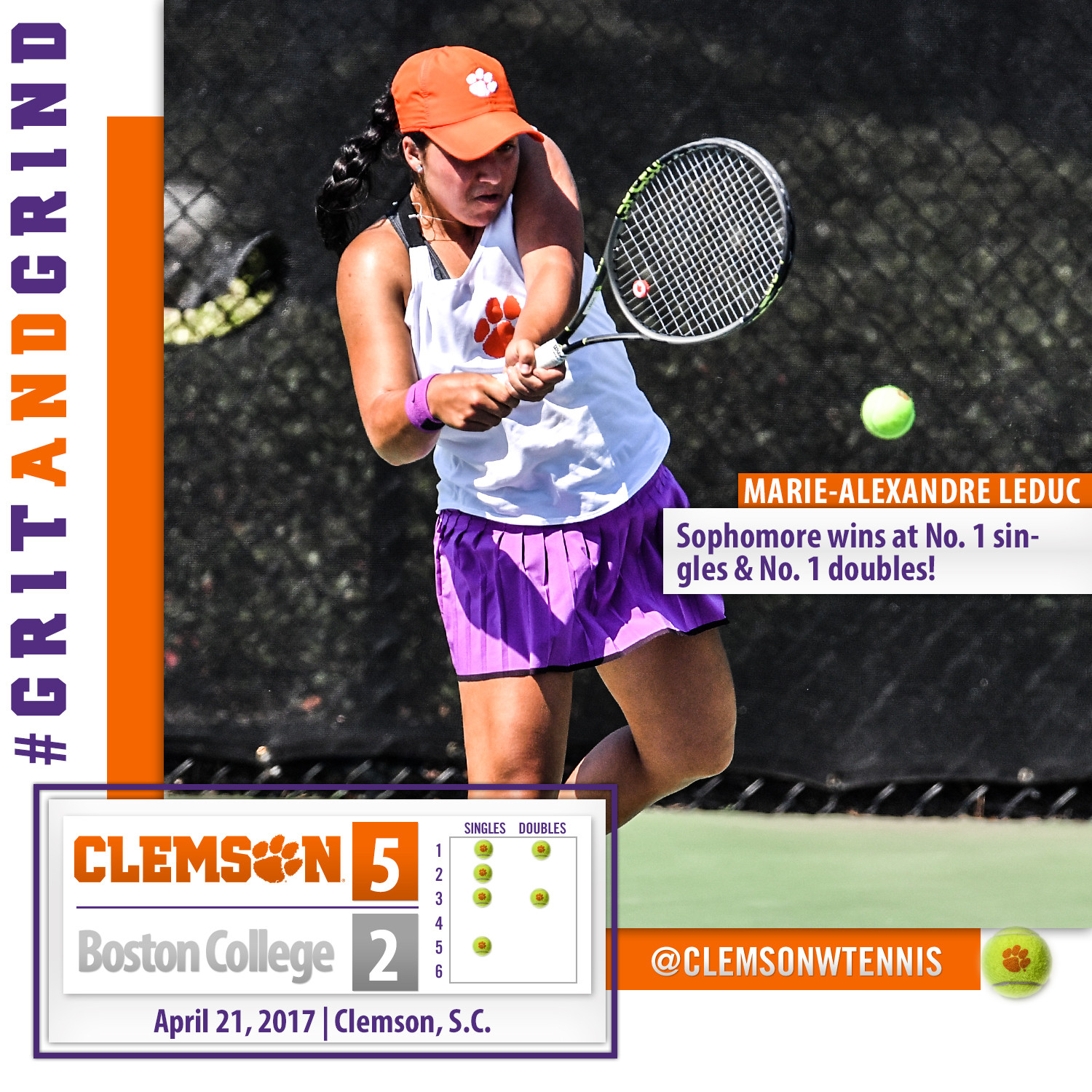 CLEMSON, S.C. – The Clemson women’s tennis team picked up another important win on Friday afternoon at the Hoke Sloan Tennis Center, defeating Boston College 5-2. With the win, the Tigers improved to 11-11 overall and 6-7 in ACC play, while the Eagles dropped to 9-12 (4-9 ACC).

Clemson started out the match by winning the doubles point for the eighth time in nine matches, winning on Courts 1 and 3. Ayan Broomfield and Marie-Alexandre Leduc, ranked 32nd nationally, defeated their Eagle opponent at No. 1 doubles 6-2, and then Fernanda Navarro and Daniela Ruiz won 6-4 at No. 3. Both teams have seen success in ACC play, as Broomfield and Leduc are 9-2 in conference matches and Navarro and Ruiz are 9-1. Navarro and Ruiz have also won eight straight matches in doubles play.

The Tigers return to action on Sunday, Apr. 23 when they host #33 Notre Dame at 12 p.m. at Hoke Sloan Tennis Center. It will be the final regular season contest of the year, as ACC Tournament play is April 26-30 in Rome, Ga.