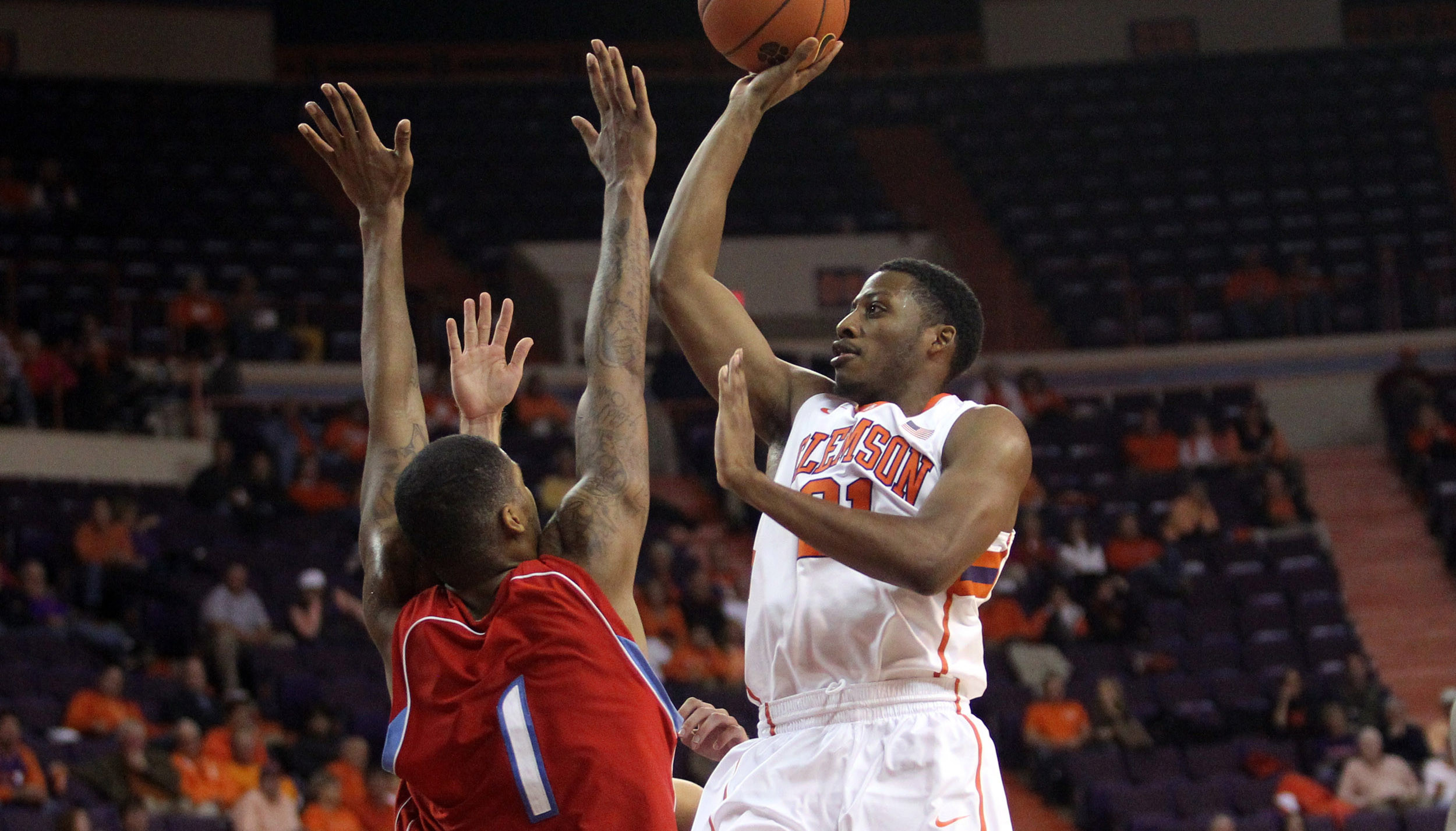 CLEMSON, SC – Clemson held Delaware State to just 14 second half points and matched its best scoring defense output under Head Coach Brad Brownell in a 58-37 victory Wednesday at Littlejohn Coliseum. The Tigers moved to 2-0 with the win, while the Hornets fell to 1-2 after the loss.

Clemson’s defense stole the show Wednesday, limiting Delaware State to 27 percent shooting overall – including a 4-for-24 effort in the second half. The 14 points were the fewest allowed in a half under Brownell, who has coached 98 games at Clemson. Conversely, the Tigers shot 41 percent overall and 79 percent at the free throw line. Clemson also possessed a 2-to-1 assist-to-turnover ratio (14-7).

Damarcus Harrison reached double figures for a second straight contest and led all scorers with 15 points on the night. He made 4-of-8 shots, including 2-of-4 from long distance. K.J. McDaniels was the game’s only other player in double figures with 11.

Jaron Blossomgame got Clemson going with his energy early on. He was a force on the offensive glass against Delaware State’s zone, and found himself open on a nifty pass inside from McDaniels for his first collegiate dunk to put the Tigers up 5-4. A couple of Hornet turnovers later and three-pointers by Jordan Roper and McDaniels suddenly saw the lead pushed to 11-4.

The action went back and forth for the next several minutes until Clemson’s lead grew to 13 on a power move inside by Blossomgame, who finished with eight points and eight rebounds. After the Hornets cut the lead to nine, McDaniels rose above the crowd to follow a Harrison miss with his first signature dunk of the season to make it 28-17.

Harrison then got in on the action, collecting a steal up top with 1:26 to go and slammed home his ninth point of the half to make it 31-19. But Delaware State’s Jason Owens sank a 12-footer as time expired to pull his team within nine at halftime, 32-23.

The Tigers came out a step slow to start the second half, but amped up behind a jam inside from McDaniels and another three from Harrison, as the lead grew to 42-27. Clemson pushed its lead to a 17-point margin after Adonis Filer scored on a fast break and Blossomgame followed with a long two. Clemson enjoyed a 20+ point lead much of the final 10 minutes thanks to a suffocating defense.