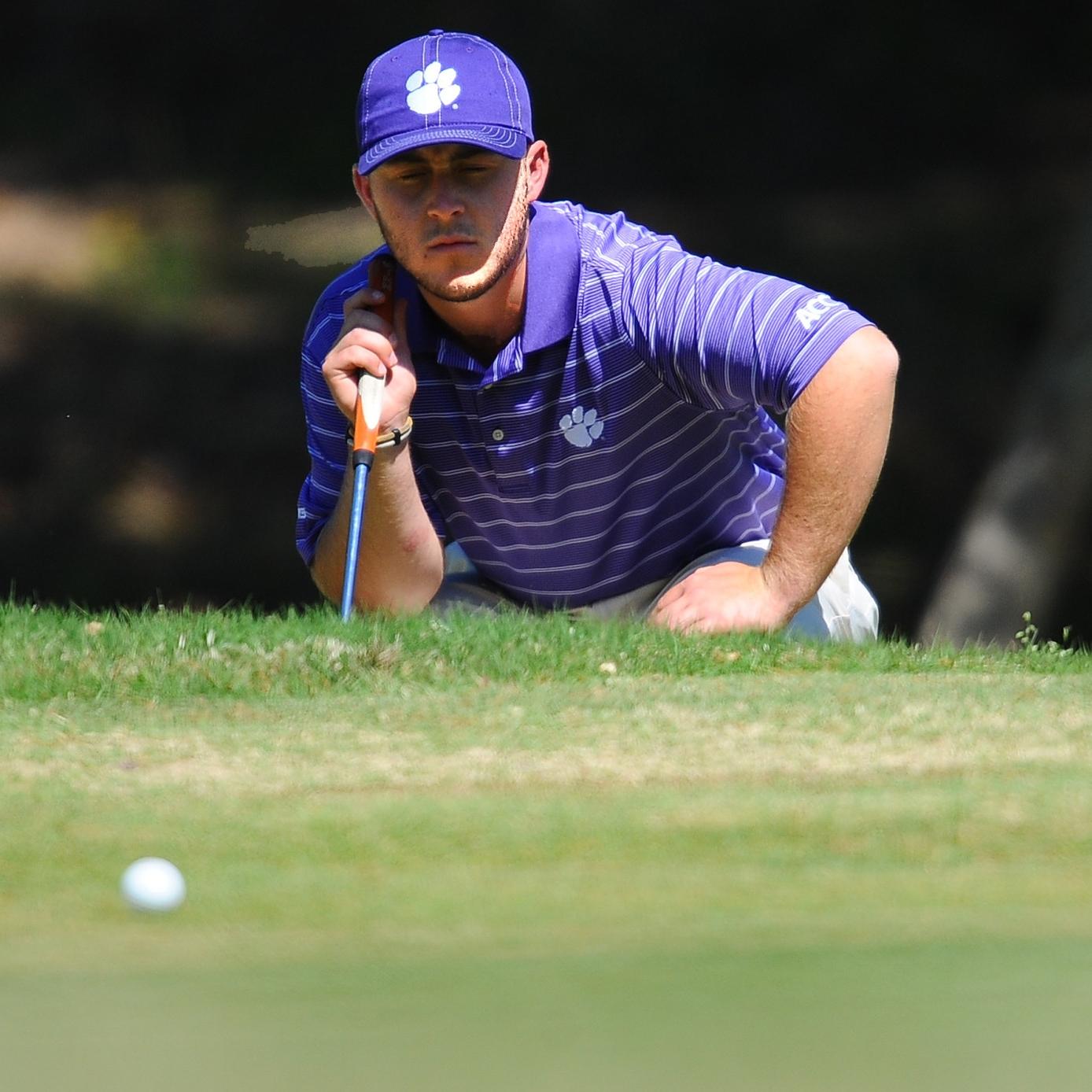 Clemson, S.C.—Defending champion Clemson will open play at the Cleveland  Golf Palmetto Intercollegiate on Monday, March 9 at the Palmetto Golf Club in Aiken, S.C.  Clemson will be one of 18 teams competing in the championship at one of South Carolinas’ top courses.    The par 70 course is the fourth oldest course is the United States and is 6,617 yards in length.

The 54-hole event will take place over just two days as the 18 teams will strive to finish 36 holes on Monday.

Clemson defeated Virginia by two strokes in 2014. The Cavaliers trailed by six strokes heading into the final round, but the Cavaliers were unable to complete the comeback.

Clemson sophomore Austin Langdale is the defending medalist after an even par 210 last year helped Clemson to the victory.  He is yet to play this year due to an injury, but is expected to be in action for this tournament.

Stephen Behr, who had a ninth place finish at the same tournament last year, is expected to make his spring debut on Monday as well.  He had a 216 score for 54 holes last year at this tournament, but has missed time this spring with a wrist injury.   He has a 72.19 stroke average for the year.

Clemson’s top player this year has been senior Billy Kennerly, who has a 71.26 average for 19 rounds.  The senior from Georgia is coming off a career best third place finish at the Puerto Rico Classic where he had three straight rounds of 70.  He had just three bogeys in his 54 holes.

Miller Capps is also slated to be in the Clemson lineup.  The junior has a 71.79 stroke average this year with nine under par rounds, including four rounds in the 60s. He is coming off a seventh place finish in Puerto Rico with a 212 score.