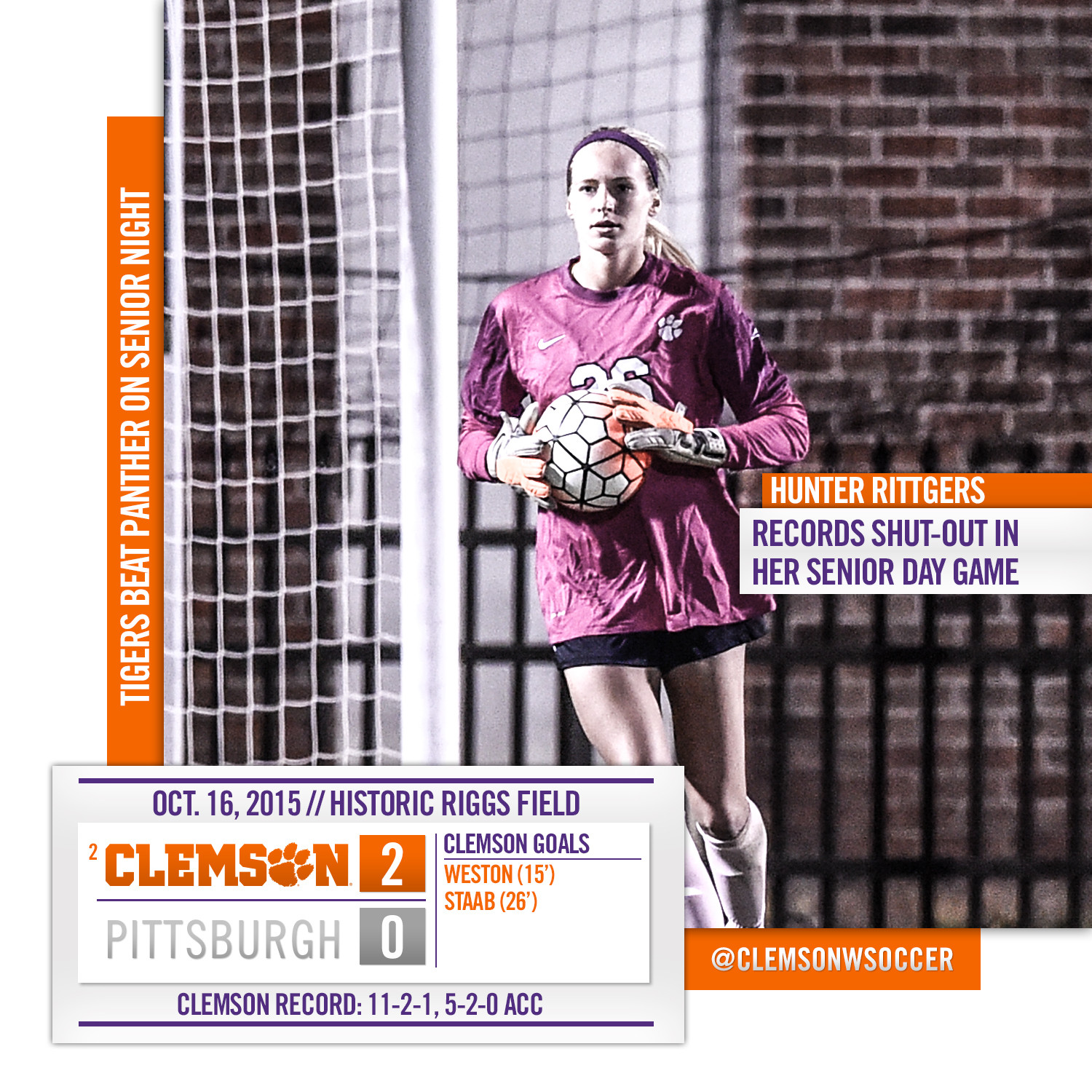 CLEMSON, S.C. – On senior night Friday at Historic Riggs Field, senior goalkeeper Hunter Rittgers and the Clemson Tigers (11-2-1, 5-2-0 ACC) shut out Pittsburgh (10-4-1, 4-3-0 ACC) by a final score of 2-0. Jenna Weston and Samantha Staab each scored for the Tigers, and Rittgers recorded four saves on the night.

A double assist combined by Abby Jones to Gabby Byorth found Weston in the 15th minute, 14 yards from the goal, to give the Tigers an early 1-0 lead. The goal was Weston’s fourth on the year. She is now tied with Catrina Atanda for season goals.

Eleven minutes later, Claire Wagner took a corner for the Tigers that found the head of freshman defender Staab, who was able to beat the Panther keeper for the first goal of her career.

The Tigers held their 2-0 lead for the remainder of the match with help from Rittgers and the rest of the back line, who allowed just ten shots by the Panthers who were averaging over 17 shots per contest. The shutout is the seventh of Rittgers career.

The night was filled with celebration of for the team’s three seniors. Rittgers, Tina Shakes, and Kylie Tawney were each presented a framed jersey by Director of Athletics Dan Radakovich prior to the game. The team also sported pink uniforms that were auctioned off at the end of the game with the proceeds going to support breast cancer research.

Friday’s match was the final regular season home contest for the Tigers, who finished the 2015 season with a 7-1-1 regular season record at Historic Riggs Field. The team travels to NC State and North Carolina next week for Thursday and Sunday matches starting on Oct. 22.