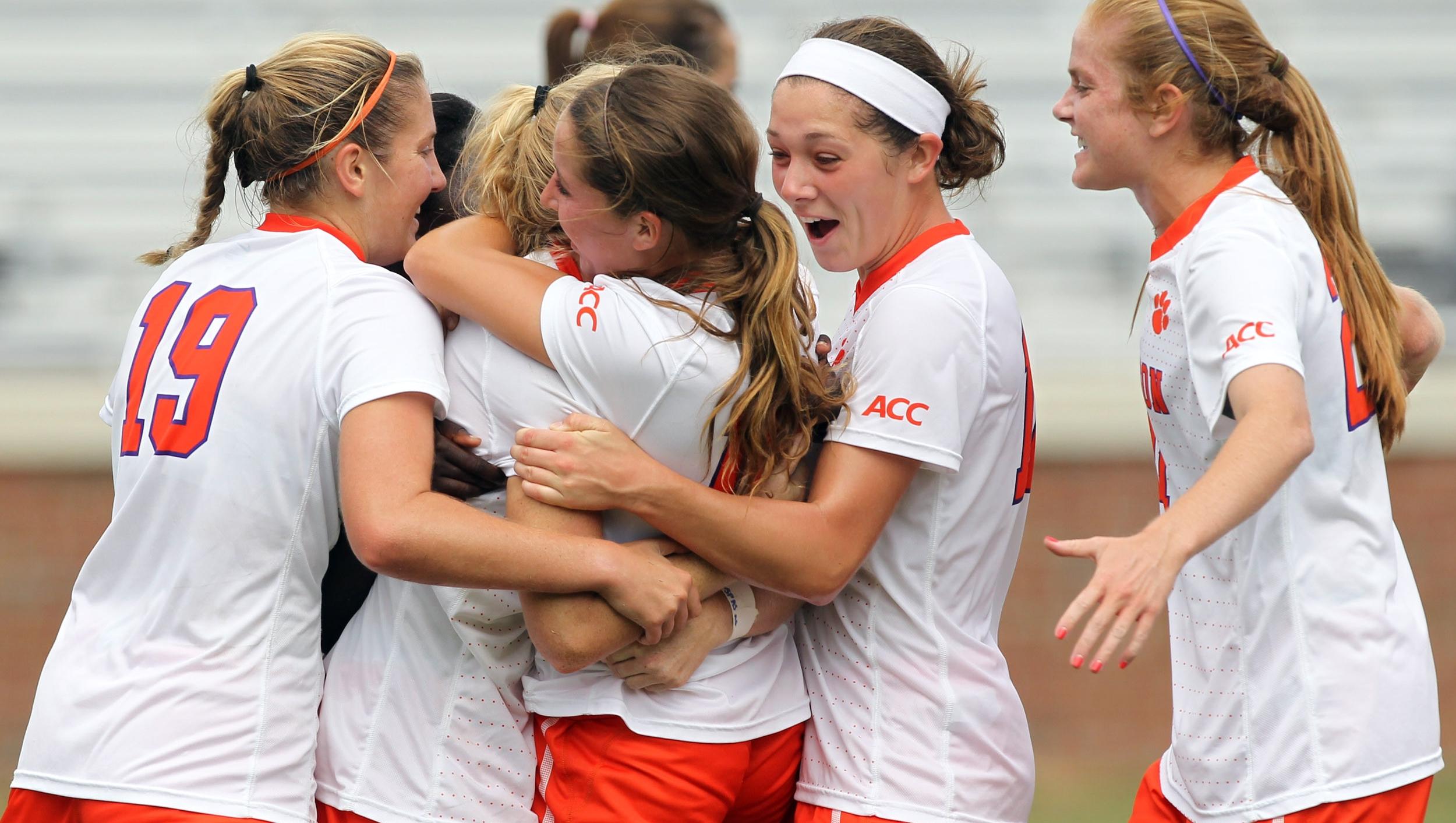 CLEMSON, SC – Behind goals from senior Vanessa Laxgang and sophomore Jenna Polonsky, the Clemson women’s soccer team defeated Boston College 2-1 Sunday afternoon at Historic Riggs Field for its first Atlantic Coast Conference win of the 2013 season.  The Tigers improved to 3-2-2 (1-1 ACC) with the win, while the Eagles fell to 4-3 (1-1 ACC).

“This is a great win for these kids, especially coming off the emotional rollercoaster following the Maryland game,” said head coach Eddie Radwanski.  “I’m really proud of the response today.  We executed our game plan.  We were a bit unlucky on the own goal, but also have to give credit to Boston College for sticking with it and continuing to battle.

“I liked the way that we responded to adversity.  I am very pleased with our character and ability to persist.  These kids deserve this.  They wrote the script today; the script was not written for another heartbreaker.  It’s nice to get a win, especially against one of the upper tier teams in this conference.  We’ll enjoy this for a day, but then we have work to do for next week.”

There was no scoring in the first half, which was statistically even with each team taking six shots and three corner kicks.  Boston College had an opportunity to open the scoring in the second half as their forward had a shot on an open net, which went high.  Clemson seized the momentum moments later when Laxgang blasted a shot from 23 yards into the top left corner past the Eagles’ diving keeper Jessica Mickelson.  The goal, which was scored at the 59:05 mark, was the second of the season for Laxgang.

Boston College tied the game 13 minutes later as a pass sent across the box was deflected into the net by a Clemson defender for an own goal in the 73rd minute.

The Tigers responded quickly, however, as Polonsky put the team up for good in the 85th minute.  Following a goal kick by freshman keeper Kailen Sheridan, sophomore Kylie Tawney sent a leading pass to senior Tabitha Padgett, who crossed the ball in from the right side.  Polonsky ran to catch up to Padgett’s pass and headed it in the net.  The goal was the first of the season for the sophomore, and the second game-winning goal of her career.

From a statistical standpoint, the Tigers had an advantage in shots (16-12) and corner kicks (9-7) for the game.  Sheridan posted four saves in goal for the Tigers as she earned her third win of the season.

The Tigers will conclude their six-game homestand next week with an ACC contest vs. Pittsburgh on Thursday, September 19 and a non-conference match against Alabama A&M on Sunday, September 22.  Clemson will face the Panthers at 7 PM Thursday and the Bulldogs at 1 PM Sunday.