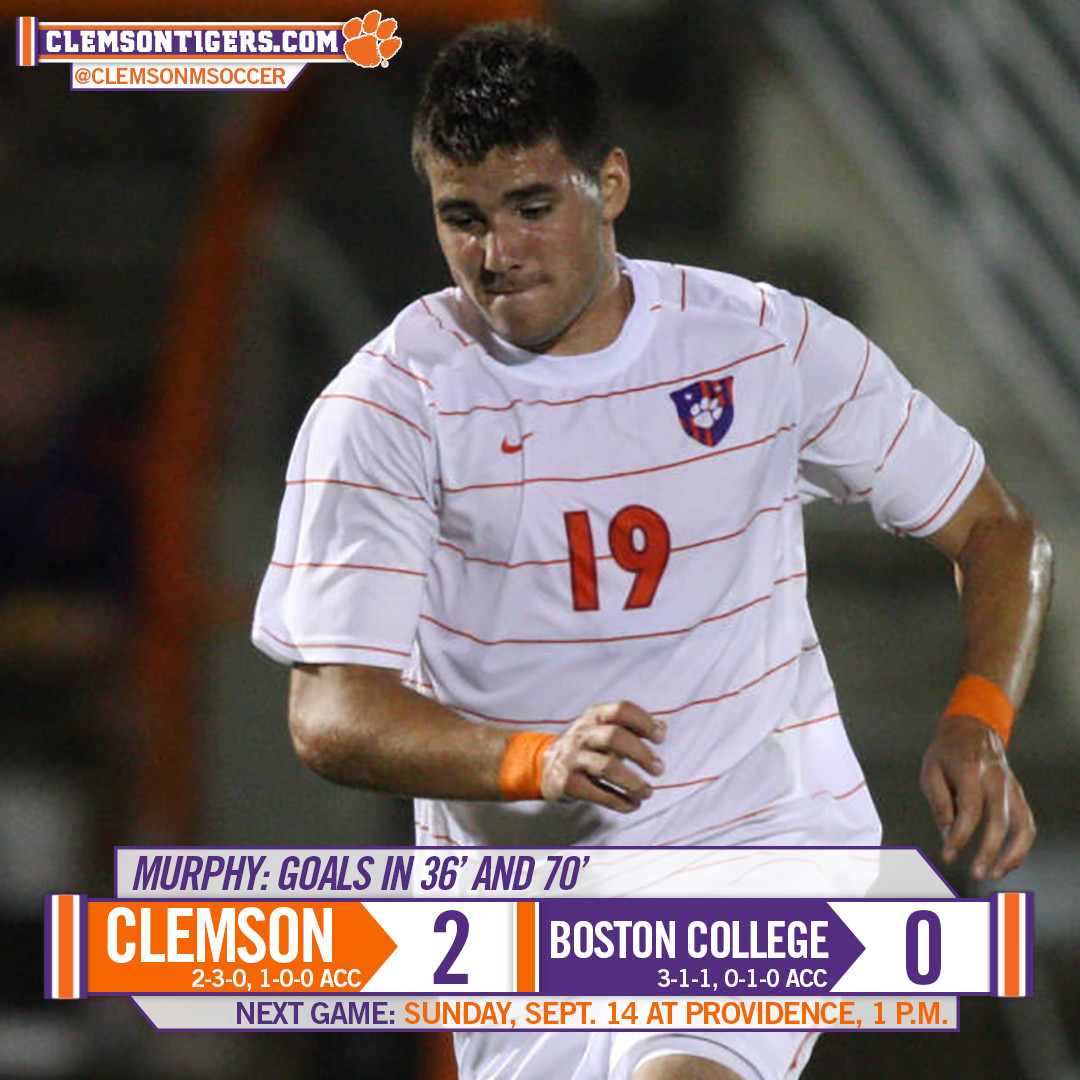 The Clemson men’s soccer team picked up its second win of the young season, and first win in Atlantic Coast Conference play, Friday night with a 2-0 victory at Boston College. Redshirt junior Kyle Murphy scored both Clemson goals in the contest.

Murphy’s first goal came in the 36th minute off an assist from freshman Oliver Shannon, who was playing on his 19th birthday. Murphy followed that up in the 70th minute with his second goal of the match and of the season. Junior T.J. Casner picked up his third assist of the season on the score.

As a team, Clemson shot the ball seven times to Boston College’s eight, and both teams took two corner kicks. Sophomore goalkeeper Andrew Tarbell posted two saves on the night in a full 90 minutes of action to record the solo shutout.

Clemson is back in action on Sunday, Sept. 14 at 1 p.m. when it visits the Providence Friars. The Tigers return home on Wednesday, Sept. 17 to face Gardner-Webb.