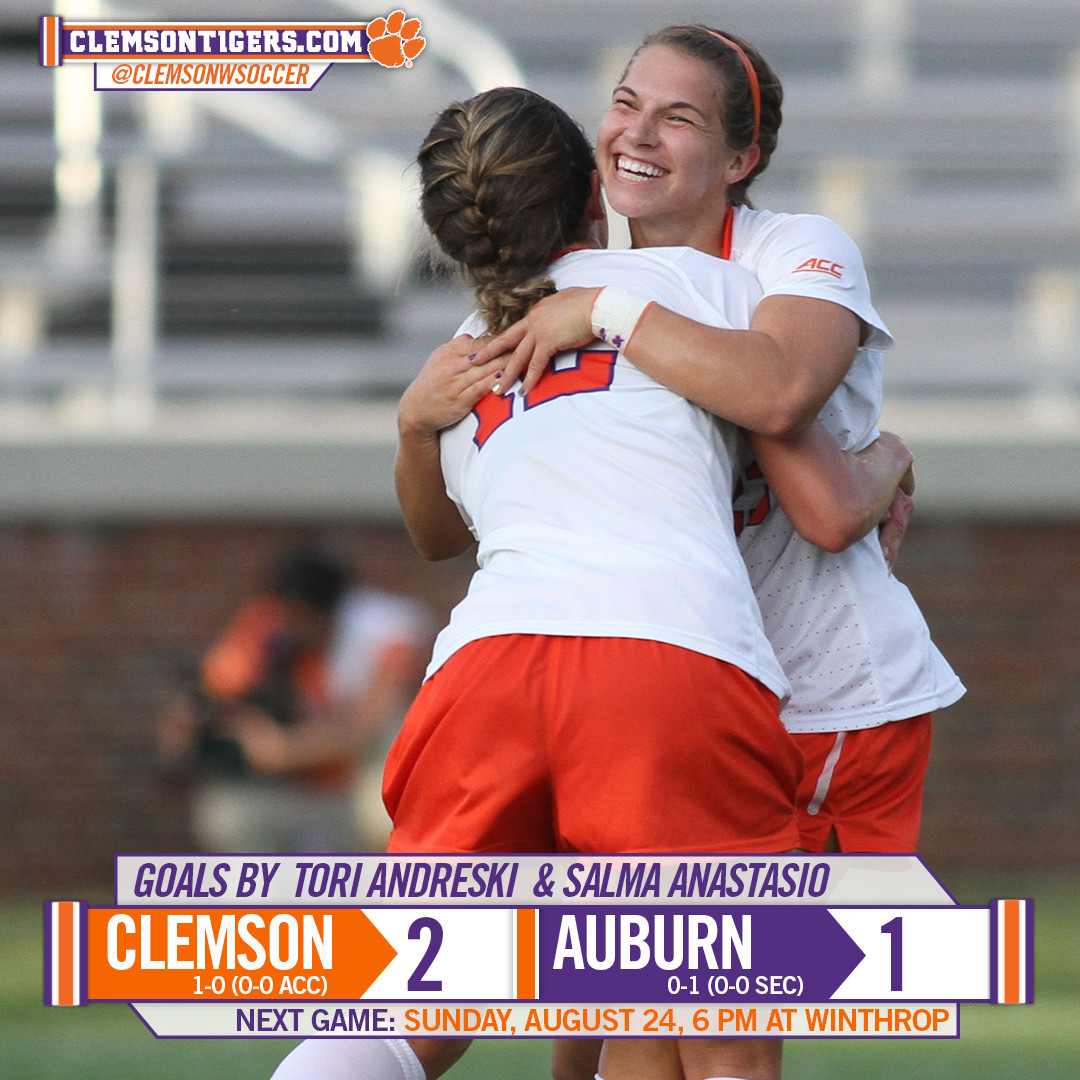 CLEMSON, S.C. – Thanks to goals by sophomore Tori Andreski and freshman Salma Anastasio, the Clemson women’s soccer team held off the Auburn Tigers to open the regular season with a 2-1 win on Friday night in front of more than 1,700 fans at Historic Riggs Field.

At the 18:24 mark in the first half, Andreski scored a beautiful goal from 25 yards out in the middle of the field after sophomore Gabby Byorth sent a quick pass to senior Katelyn Reeve. Reeve found Andreski in open space, and she put the ball in the upper left side of the goal out of the reach of Auburn keeper Alyse Scott.

Clemson took the 1-0 lead into the half. Anastasio added to the lead with her first goal as a Clemson Tiger in the 64th minute. Junior Allie Kington’s shot was deflected and trickled to the left. Anastasio turned, gathered and sent a 12-yard shot into the top right corner over Scott’s head.

Six minutes later, Auburn got in on the scoring action when junior Logan Beal scored, with assists by Haley Gerken and Kristen Dodson, off a corner kick.

Clemson returns to action Sunday at Winthrop at 6 p.m. The game will be broadcast on the Big South Network. The Tigers play four straight road games, before returning home Sunday, Sept. 7 against Charlotte at 6 p.m.