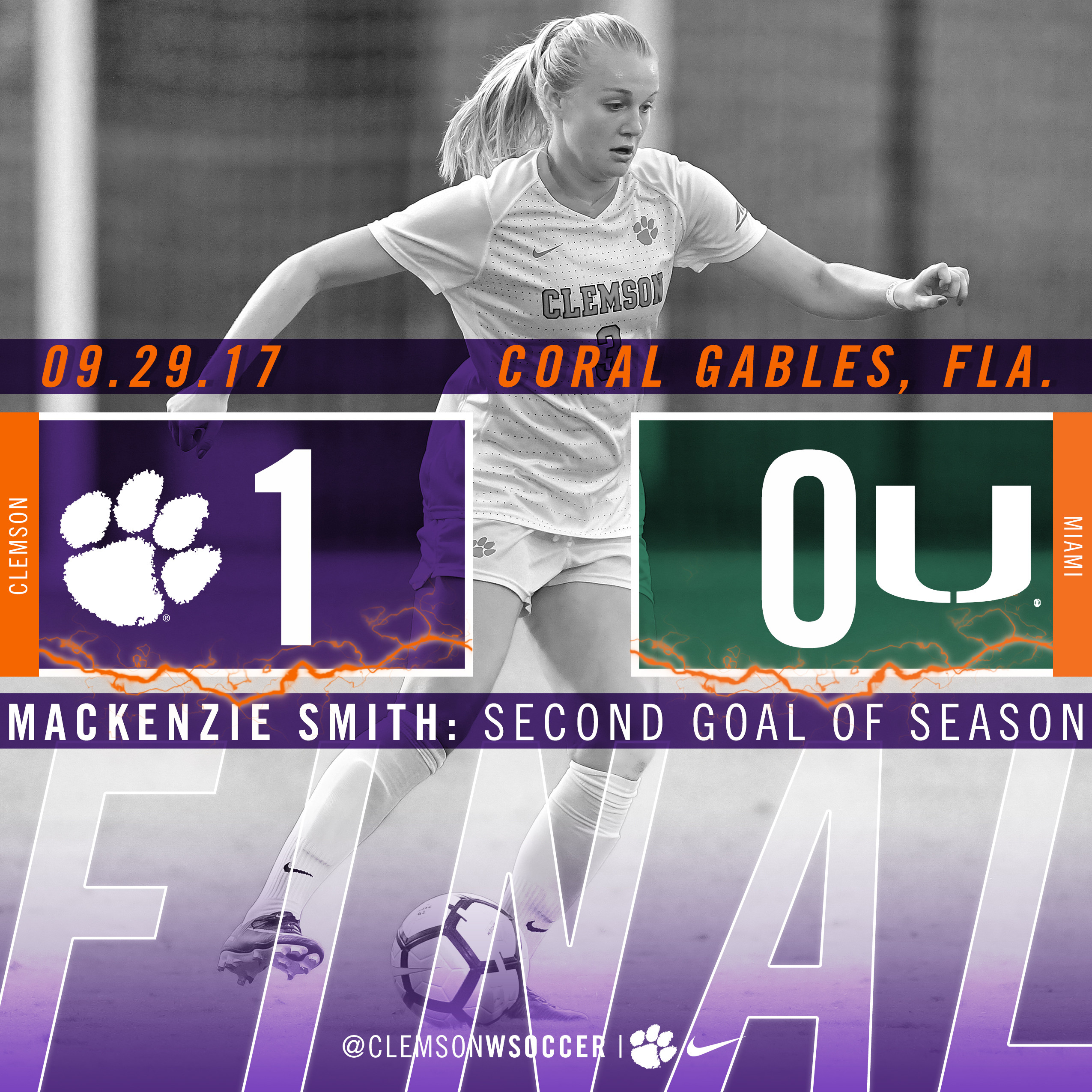 CORAL GABLES, Fla. – Sophomore defender Mackenzie Smith scored Clemson’s lone goal in its 1-0 victory over Miami on Friday night at Cobb Stadium in Coral Gables, Fla. With the win, the Tigers improved to 7-3-1 overall and 1-2-1 in the ACC, while Miami slips to 4-5-0 overall and 0-3-0 in conference play.

“It was a great performance from our group,” said Head Coach Eddie Radwanski. “We came out strong and scored a good goal early; we should have scored a few more to make it easier on ourselves. On a good note, our ball movement was fluid and we had more of a professional performance tonight with controlling the ball and managing the clock. It is always good to come in and get three points in the ACC. We left some point on the table our first few ACC matches, and I am glad to get three tonight. We will get some rest, recover and get ready for Louisville.”

Clemson earned a set piece in the ninth minute as Sam Staab took the free kick from 20 yards out, serving the ball into the box to find the foot of Dani Antieau at the back post. Antieau flicked the pass onto Smith who finished, netting her second goal of the season. The Tigers had several more opportunities in the first half that they just missed capitalizing on, taking a 1-0 lead into the half.

The Tigers had another good scoring opportunity late in the game, when senior Shannon Horgan rifled a shot from outside the 18-yard box which barely missed the crossbar. For the contest, Clemson outshot Miami 13-11 and earned one corner kick to the Hurricanes’ four. Sophomore Sandy MacIver picked up six saves and the win in goal, as well as the solo shutout, her fourth of the season.