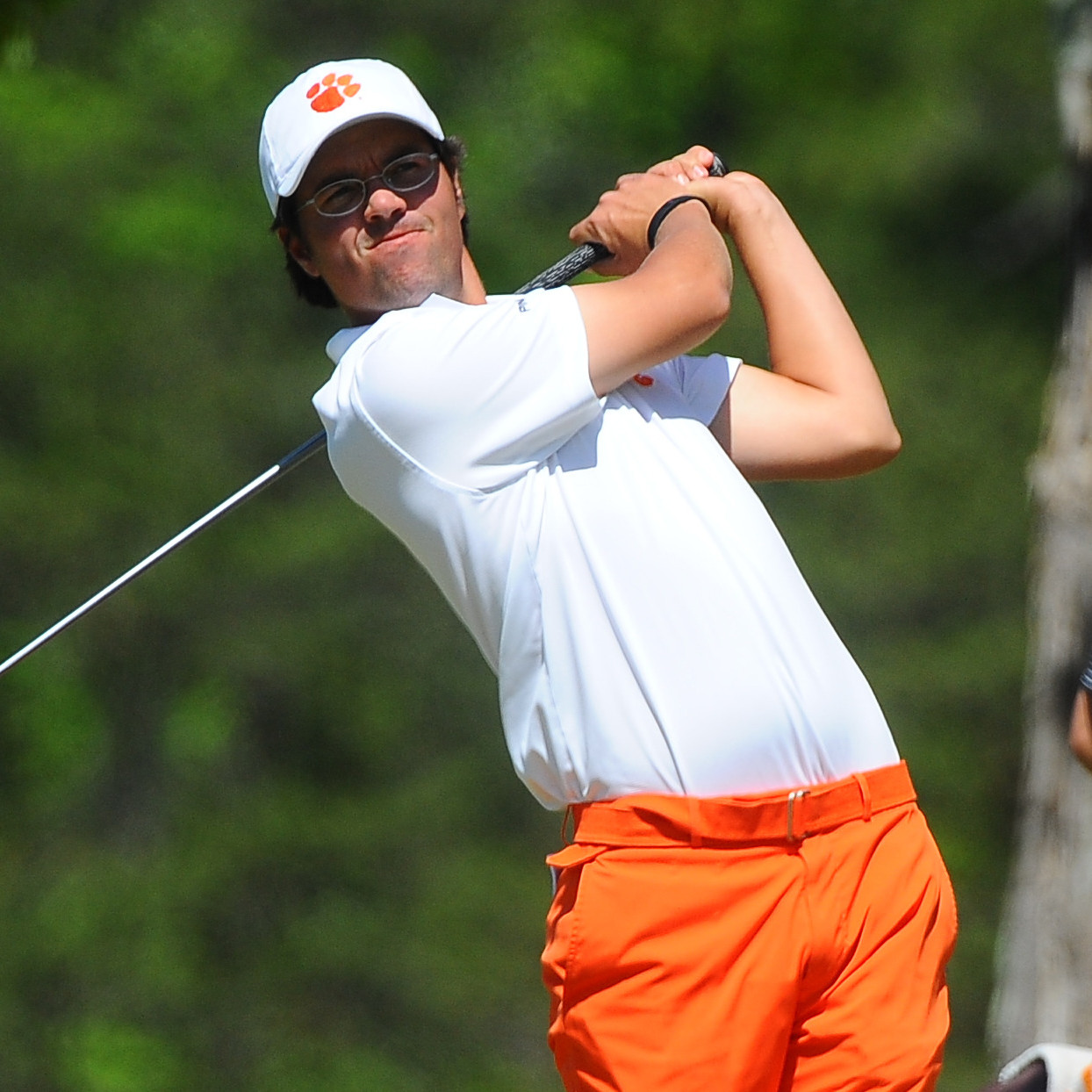 CLEMSON, S.C. – Clemson begins play at the NCAA National Tournament at Concession Golf Club in Bradenton, Fla on Friday, May 29  at 8:40 a.m. The Tigers will be paired with Florida and Duke on the par 72 course that is 7,483-yards in length, the fifth longest course Clemson has played in its history.

Clemson enters the NCAA National Tournament playing its best golf of the year. The Tigers finished second at the Yale Spring Invitational, then lost in a playoff at the ACC Championship. Among the teams Clemson defeated at the ACC Tournament was No. 1 ranked Florida State.

This will be Clemson’s 28th appearance in the NCAA National Tournament, its first since 2010. The Tigers won the NCAA Championship at Stillwater, Okla. in 2003 and have finished in the top five of the event nine times, including a fifth-place finish in 2008.

Clemson will take a team that features one senior, three juniors and a sophomore in terms of eligibility to Florida this weekend. The players have played a combined 14 NCAA Regional Tournaments, but this will be the first experience in the national event for any of Larry Penley’s golfers.

Clemson is led by graduate Billy Kennerly, who has a 71.05 stroke average for his 37 rounds and 13 tournaments this year. That 71.05 average is sixth best in Clemson history. He has seven top 10 finishes, including each of his last three events. He has 10 rounds in the 60s and 17 under-par rounds. Only once in his 37 rounds this year has he failed to shoot 75 or better.

Miller Capps, a junior from Denver, N.C., is second on the team in stroke average with a 71.57 figure. Capps leads the team in rounds under par with 19 and in birdies with 35. He has recorded four top 10 finishes this season.

Cody Proveaux is third on the club in scoring average at 71.97. The junior has 17 rounds at par or better, including a school record tying seven-under-par 63 at the Palmetto Invitational in Aiken, S.C. He finished second at that tournament, one of four top 10s for Proveaux this year.

Stephen Behr is a graduate with another year of eligibility. Clemson’s leader in stroke average each of the past two years, he has a better stroke average this year than any of his previous two, but is fourth on this year’s club with a 72.03 figure. The native of Florence, S.C. has 18 rounds at par or better this year.

Austin Langdale is fifth on the team in stroke average for the year, but he has been one of Clemson’s best players of late. He has had three straight top 16 finishes, including a team best 211 score to finish seventh at the NCAA Regional in Chapel Hill. Langdale missed the fall with a shoulder injury, but has rounded into form late in the year. He has a 72.33 stroke average for the year.

Clemson will start at 8:40 a.m. on Friday and at 2 p.m. on Saturday. Third round tee times will be determined by the team standings after the second round. Scores may be followed on NCAA.com. The Golf Channel will begin television coverage on Monday afternoon after the cut to 15 teams.