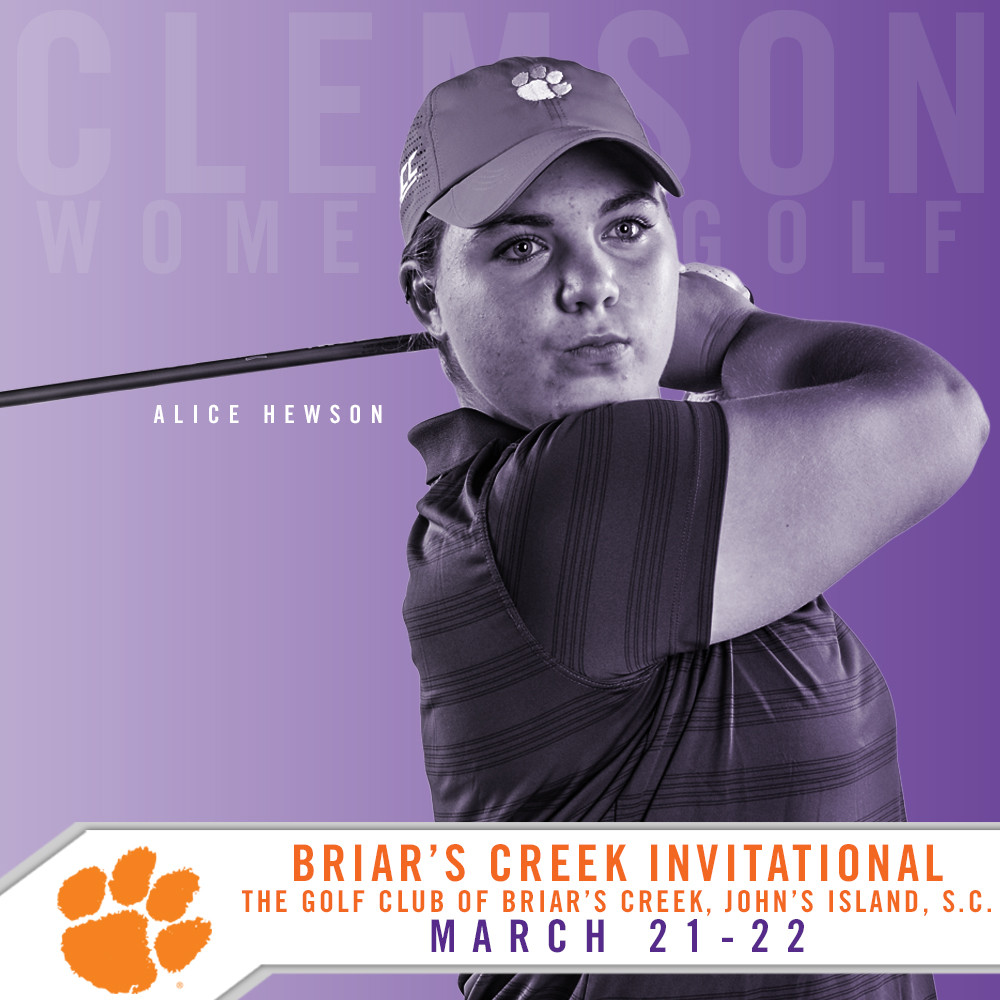 Clemson Back in Action at Briar’s Creek

Clemson, S.C.—Clemson’s women’s golf team returns to tournament play for the first time in a month on Monday when J.T. Horton’s team competes in the Briar’s Creek Invitational at The Golf Club of Briar’s Creek in Johns Island, S.C.   Clemson will be one of 18 teams in the field that includes eight top 50 teams.

Clemson will take two sophomores, one junior and two freshmen to Briar’s Creek, a par 72 course that is 6,036 yards in length.    Clemson will be  led by Marisa Messana in the No. 1 position.  The sophomore was Clemson’s top golfer in New Orleans with a 220 score and top 25 finish.

Clemson Team Notes:  This is Clemson’s second trip to Charleston, S.C. this year….the Tigers finished a strong fifth in a 20-team field September 13-15 at the Cougar Classic at Yeamans Hall in Hanahan, S.C….Clemson had a top five finish in each of its first three tournaments this year, including a second-place finish out of 16 teams at the Yale Women’s Intercollegiate…Marisa Messana was Clemson’s top player in its most recent tournament….she finished 25th with a 220 score at the Allstate Sugar Bowl tournament in New Orleans….Clemson has a 50-46-2 record against the field in its six tournaments so far this year…Clemson must finish with a .500 record to qualify for the NCAA Tournament…Freshman Alice Hewson has three top 10 finishes this year, including a pair of victories…