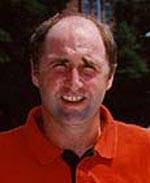 Three signees, Oguchi Onyewu, Kenny Cutler, and Bryan Jackson, were starters for the United States U17 National Team in the World Championships in New Zealand that finished third, the best finish for any U.S. National Team. Martin Hutton was the alternate goalkeeper on this team and would have made the squad barring a broken wrist. Chase Hilgenbrinck was a member of the pool for this Under 17 national team.

“This is an exceptionally large class and with a lot of experience at the international and club level,” said Head Clemson Men’s Soccer Coach Trevor Adair. “Many of these players will be able to make an immediate impact to our program. They will provide a lot of depth and competition at every position.”

Individual Honors Co-Captain of the U-17 National Team which advanced to the Semi-final round in the Youth World Championsips in New Zealand. Scored off a 25 yard blast against Italy in a 1-1 draw May 19, 1998. Most Valuable Player of the 1996 State Cup

Individual Honors Started 5 of 6 games at the Youth World Championships in New Zealand. Started every match at the 1999 CONCACAF qualifying tournament Scored winning goal against Jamaica