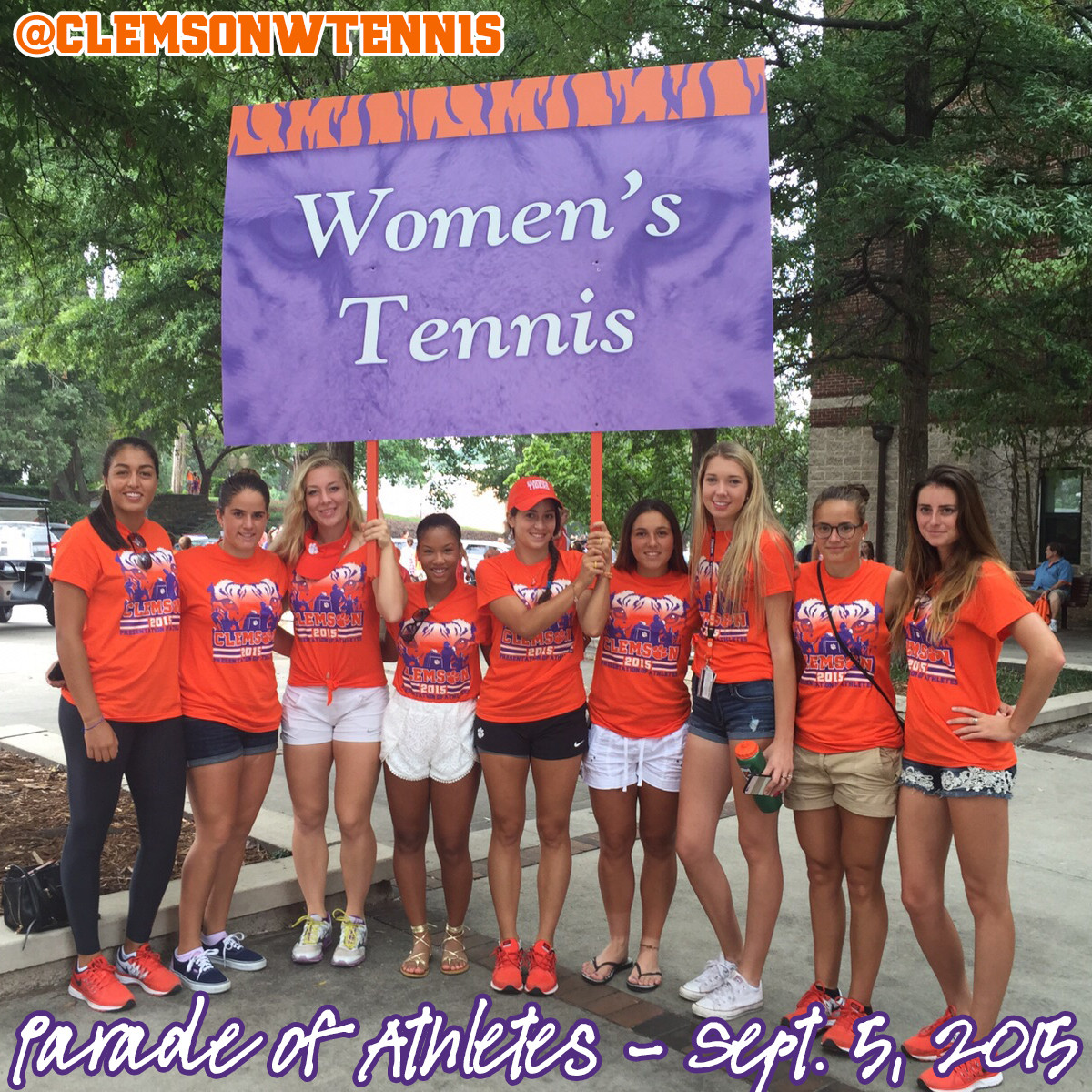 The fall season begins on Sept. 18-20 when senior Joana Eidukonyte travels to Malibu, Calif. to compete in the Oracle/ITA Masters. Eidukonyte received an invitation to play in the singles draw at the tournament by virtue of being one of the top 16 returning players in Division I. The entire team will be in action on Sept. 25-27 at the Furman Fall Classic in Greenville, S.C.

The Tigers open the month of October at the Riviera/ITA All-American in Pacific Palisades, Calif. on Oct. 3-11 and the Shipyard Cup ITF $10K in Hilton Head Island, S.C. on Oct. 4-10. Select individuals will travel to Rock Hill for an ITF $25K event before the entire team heads to Alpharetta, Ga. for the Georgia Invite, which will feature Clemson, Georgia, Michigan and Princeton.

Clemson heads to Chapel Hill, N.C. for the ITA Carolina Regional on Oct. 22-26, before flying south to Orlando to compete in the USTA Collegiate Clay Court Invitational at Disney from Nov. 5-8. The fall season culminates at the ITA National Indoor Intercollegiate Championships, where players that have qualified at various tournaments throughout the fall will play from Nov. 12-15 at the USTA Billie Jean King National Tennis Center in Flushing Meadows, N.Y.

Following a two-month break from competition, the team returns to the court on Jan. 16-17 in Clemson for the annual Duckworth Winter Classic, which features Clemson, Charleston Southern and UNC Greensboro in 2016. The Tigers host a double header on Jan. 23 against UNC Wilmington and UNC Charlotte.

The team’s first road match of the spring is at Virginia Tech on Jan. 28, and is followed by four straight contests away from home, including matches at perennial powers Georgia and Florida, before a trip to Columbia, S.C. to face instate rival South Carolina on Feb. 20.

From Feb. 21 to March 13, the Tigers play five out of their seven matches at home, against Wake Forest, North Florida, NC State, Florida State and Syracuse. During Clemson University’s spring break holiday, the team travels to the West Coast to meet Stanford. The Cardinal won NCAA titles in 2010 and 2013, and has advanced to the NCAA Quarterfinals each of the last six seasons.

After facing Stanford, Clemson remains on the road for four of its next five matches, with a home contest against Miami on April 2 in the midst of the road trip. The Tigers conclude the regular season at home at the Hoke Sloan Tennis Center against North Carolina and Duke on April 15 and 17, respectively.

The ACC Championships will be held April 20-24, once again in Cary, N.C. at Cary Tennis Park. NCAA First and Second Rounds begin on May 13 at school sites, while the 2016 NCAA Team and Individual Championships are in Tulsa, Okla. beginning May 19 and concluding on May 30.