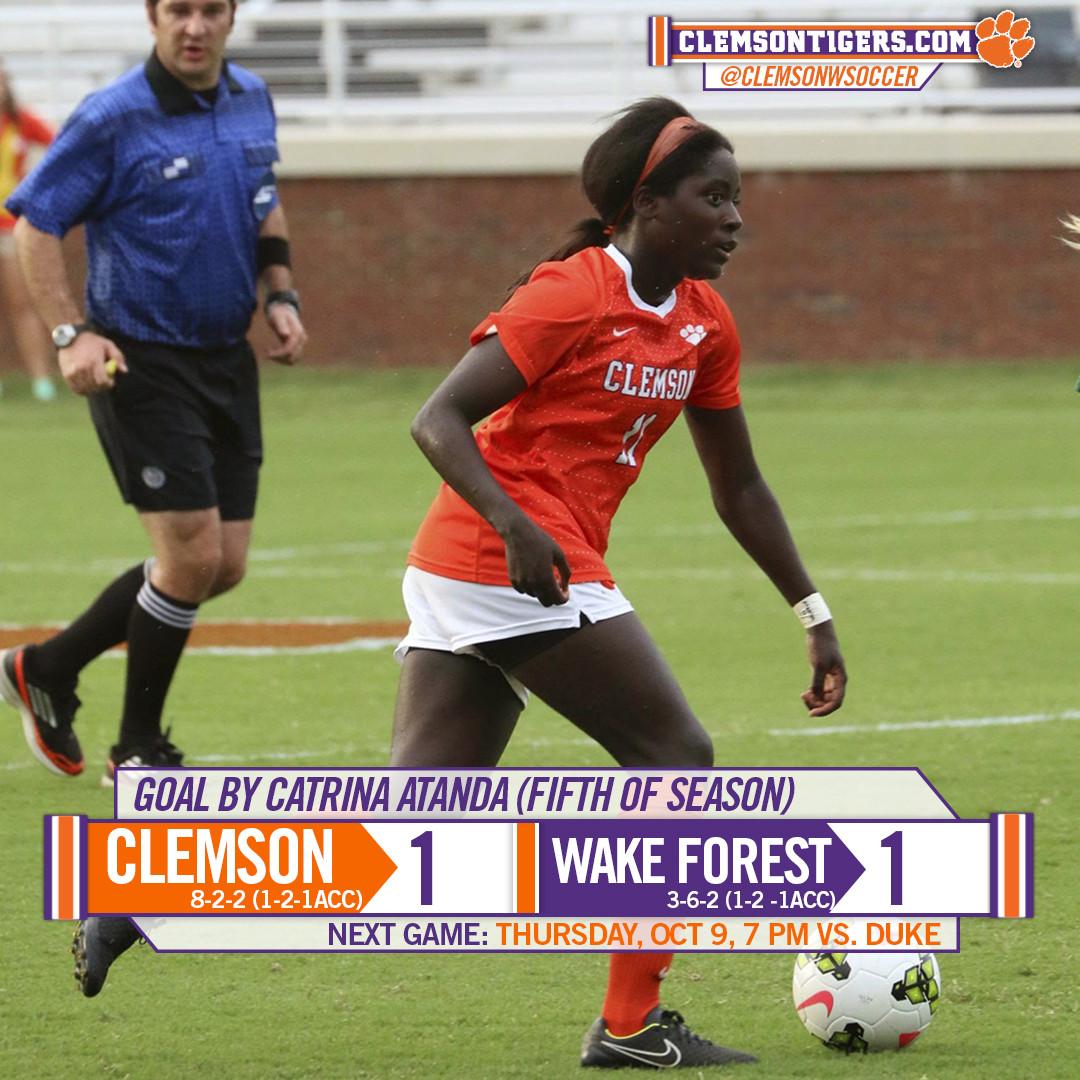 WINSTON-SALEM, N.C. – The 21st-ranked Clemson women’s soccer team played to a 1-1 double overtime tie with Wake Forest at a cold Spry Stadium in Winston-Salem on Saturday night. The Tigers move to 8-2-2 (1-2-1 ACC) on the season and Wake Forest moves to 3-6-2 (1-2-1 ACC). The game was the second double overtime game for the Tigers this season, as the Sept. 7matchup against Charlotte also ended in a 1-1 tie.

The game was physical, with the Tigers dominating the first half statistically, though the teams went into the half scoreless. At the 70:24 mark in the second half, Wake Forest sophomore Sarah Teegarden netted the first goal of the game off a free kick and gave the Demon Deacons a 1-0 lead.

Eight minutes later a free kick was awarded to the Tigers after a Wake Forest player was called for a handball in the box. Clemson sophomore Catrina Atanda handled the penalty kick and evened the game at one apiece. The goal was Atanda’s fifth of the season and she now leads the Tigers in scoring.

Prior to Saturday’s game, the Tigers had not scored a goal against Wake Forest since 2007 when Clemson won a 2-1 decision at Historic Riggs Field. Wake Forest had won seven in a row coming into tonight’s matchup.

After two consecutive road games, the Tigers return to Historic Riggs Field Thursday, Oct. 9 at 7 p.m. for a matchup with the Duke Blue Devils.