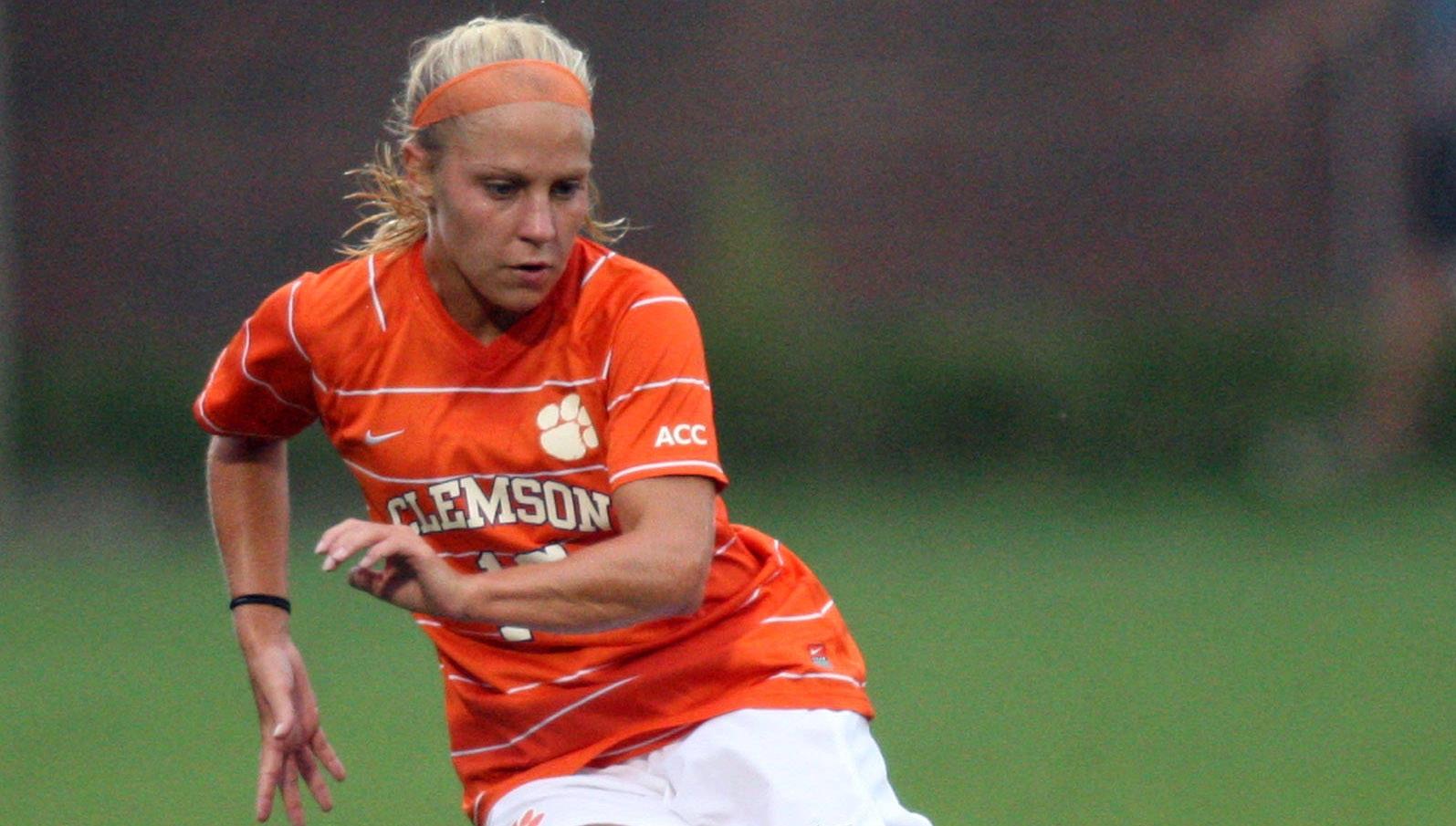 DAVIDSON, NC – The Clemson women’s soccer team played to a 1-1 double-overtime tie against Davidson on Friday night at Alumni Stadium in Davidson, NC.  The draw brings the Tigers’ record to 5-1-1, while the Wildcats move to 1-3-1.

Redshirt junior midfielder Brittany Beaumont scored the lone goal for the Tigers in the 52nd minute of the match.  Senior midfielder Maddy Elder put her corner kick into the box.  Sophomore defender Savannah Coiner sent a quick pass to Beaumont, who netted the goal, which was her second of the season.  The assist was the fifth of the year for Elder, who leads the team in that category.

It looked like the game might end at 1-0, but at the 88:45 mark, Davidson evened the score on a goal by Rachael Newmister.  Newmister’s goal was scored following a corner kick by Rachel Stelter.  Neither team scored again through the remainder of regulation or the two ten-minute overtime periods, resulting in 1-1 draw.

For the game, Clemson took 20 shots and had eight corner kicks, while Davidson took 12 shots and two corner kicks.  There were eight fouls whistled on Clemson and 11 on Davidson.  Freshman Hunter Rittgers posted five saves in goal for the Tigers, and Rachel Locke tallied six for the Wildcats.

“We played hard, and the girls gave a good effort,” said head coach Eddie Radwanski.  “We lost our focus defensively with less than two minutes remaining.  Credit to Davidson – they played hard and did not give up.  Now we need to move forward and concentrate on Sunday’s game.”

The Tigers will remain in the state of North Carolina for a Sunday afternoon contest against Charlotte.  The game between the Tigers and the 49ers will kick off at 1:00 PM at Transamerica Field in Charlotte, NC.