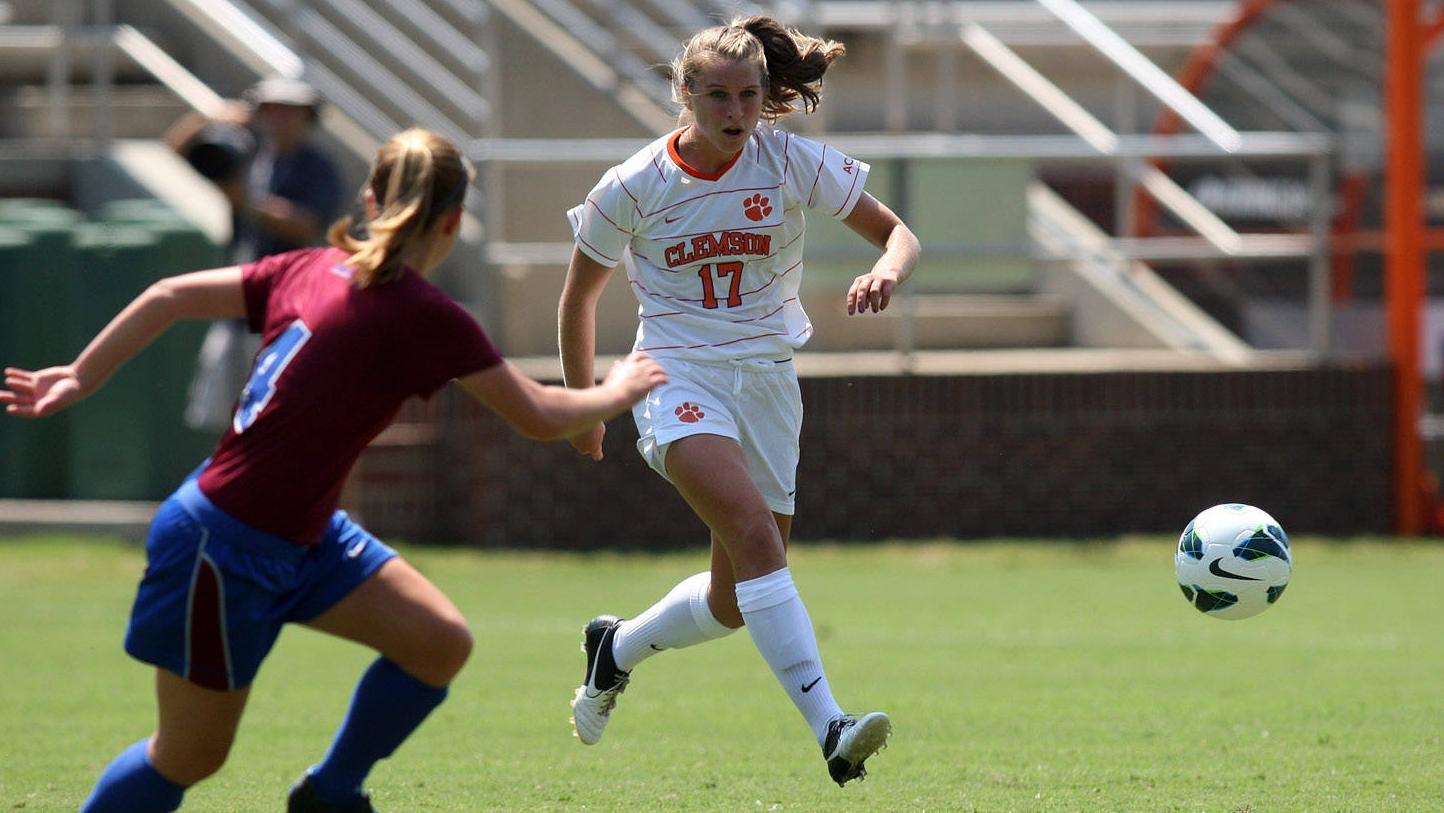 AUBURN, AL – In a game in which kickoff was delayed over an hour and a half due to lightning, Clemson and Auburn went on to play a scoreless 110 minutes of soccer late Friday night at the Auburn Soccer Complex in Auburn, AL.  The match was originally scheduled to begin at 7:00 PM CT, but following the two-hour weather delay that went into effect 30 minutes before scheduled gametime, finally kicked off at 8:35 PM CT.

It was the first game of the year for both teams, who open the season with 0-0-1 records.  It is the first time in the 19-year history of the Clemson program that the Tigers have finished in a tie in their season opener.

Following the delay, both teams seemed to start a bit slow, with Clemson taking three shots and Auburn one in the first half, however, Clemson came out on the attack in the second half.  After taking just three shots in the first 45 minutes, the Tigers took eight in the second half, and went on to record two more in each overtime period for an overall advantage of 15-7 in the match.  Eight of Clemson’s 15 shots were on goal, while three of Auburn’s eight were on the net.

Five different players recorded shots on goal for Clemson, including sophomore Kylie Tawney and freshman Abby Jones,  who recorded three and two, respectively.  Freshman goalkeeper Kailen Sheridan, who earned her first career collegiate start and shutout, and played all 110 minutes in goal for Clemson, tallied three saves for the Tigers.

“We played well,” said third-year head coach Eddie Radwanski.  “I’m really proud of the team, especially being that we were on the road, and with the weather delay that kept getting extended.  Once play began, we were in control and dominated the game.  We did a great job of moving the ball and played with great intent.  We were a bit unlucky that we did not capitalize on a couple of our chances, but overall, being on the road and playing against a good team, I am pleased with the result.  The girls were not satisfied with it, and we don’t want them to be, but it was a very good performance given the adversity and I am extremely proud.  Now we have to recover, get organized and get ready to play again on Sunday.”

The team will travel back to Clemson to play its first regular season home game this Sunday, August 25 against Furman.  The match between the Tigers and Paladins will kick off at 6:00 PM at Historic Riggs Field and will be broadcast live for free on TigerCast on ClemsonTigers.com.