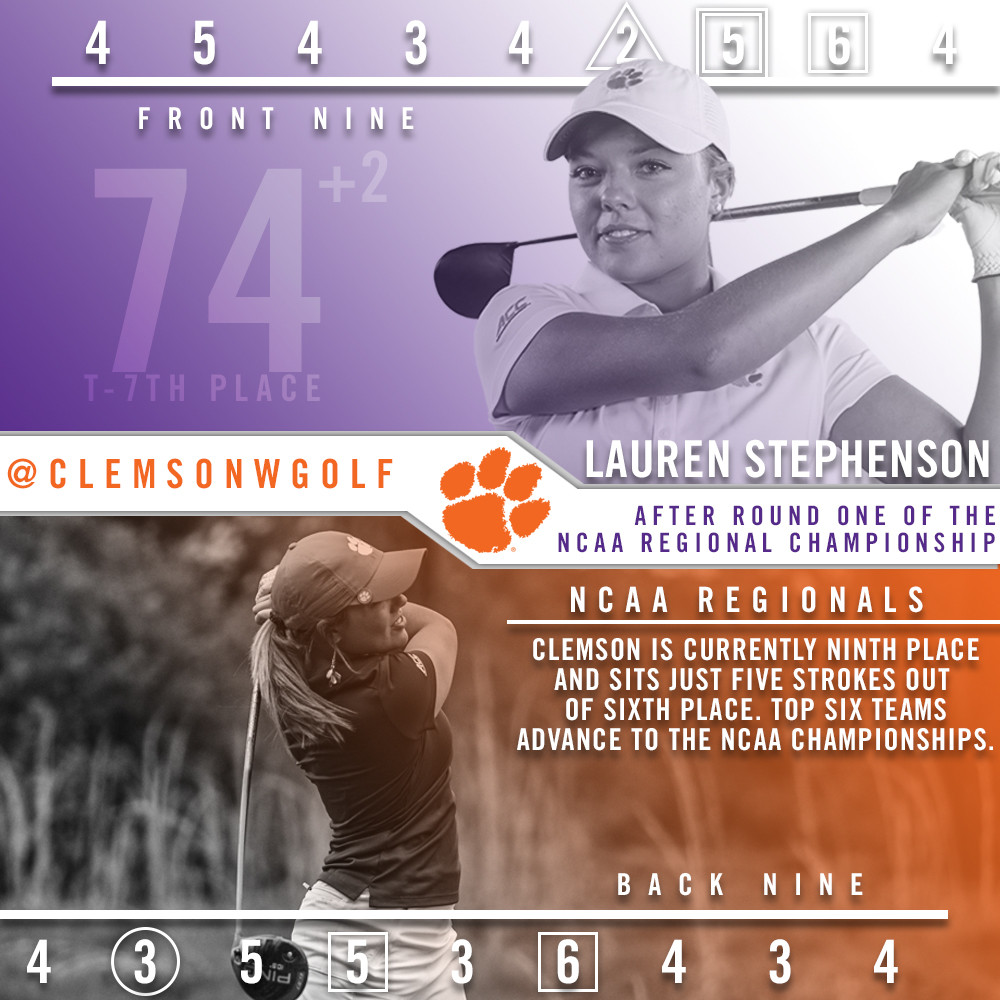 Clemson 9th after First Round of NCAA Regional

Clemson, S.C.—Lauren Stephenson shot a two-over-par 74 on Thursday to lead Clemson to a ninth-place standing out of 18 teams after the first round of the NCAA Women’s Regional at Shoal Creek near Birmingham, Ala.  The top six teams after 54 holes will advance to the NCAA National Tournament in Eugene, Ore. May 20.

Clemson stands in ninth place with a score of 20-over-par 308, just five shots back of the cutline and sixth-place team, New Mexico State.  Northwestern has the team lead at eight-over-par 296.  Among the schools Clemson is ahead of after 18 holes is 17th ranked Iowa State, who shot 310 and the Tigers are just two shots behind No. 1 ranked Alabama.

Clemson, a program in just its third year, but second NCAA Tournament, was 10-over-par on each nine, more consistent than most schools playing the par 72 course that is 6,470 yards in length.

Stephenson led the way as the freshman from Lexington, S.C. had her second eagle of the year on the par four 15th hole to highlight her round.   The was the only player in the field (96 players) to make an eagle on a par four.   She stands in a tie for seventh place after the first round and is just four shots out of the individual lead.

Alice Hewson and Sydney Legacy had rounds of five over par 77 and are tied for 34th place in the individual race.  Hewson got off to a slow start with a double bogey on her first hole, the 10th hole on the course.  But she came back with a birdie on the next hole and played the rest of the round at just four-over-par.  Legacy  made a team best three birdies.

Sophomore Marisa Messana had an eight-over-par 80, while Jessica Hoang had an 86.