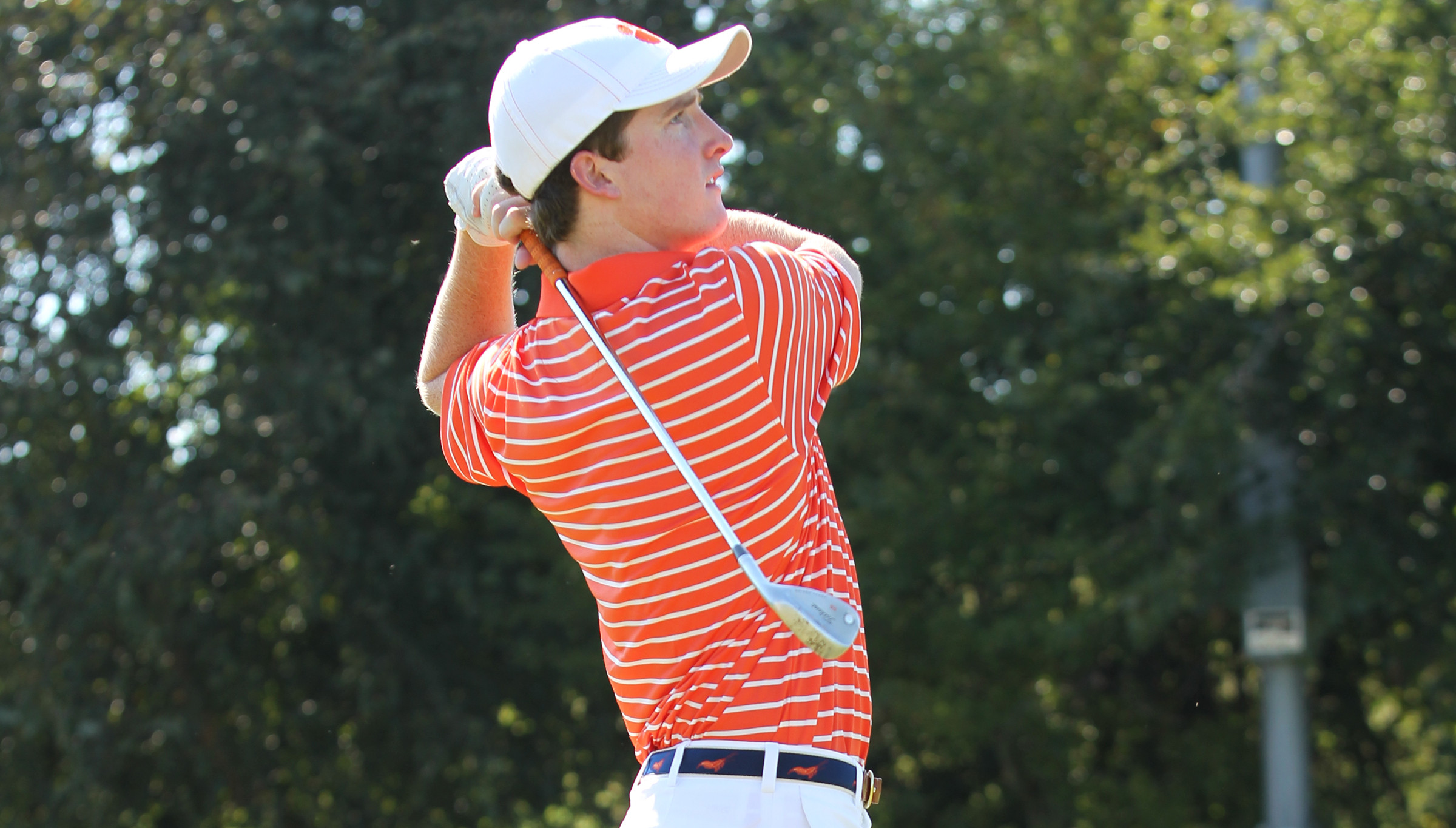 CLEMSON, SC – Larry Penley‘s Clemson golf team finished the fall portion of its schedule ranked 19th in the Golf World/Nike Division I Coaches Poll.  The Tigers were ranked in the top 20 of each poll after competing in four of the most challenging tournaments of the fall college golf season.

Each of Clemson’s top four players in terms of stroke average this fall were freshmen.  Red-shirt freshman Stephen Behr led the way with a 71.78 stroke average.  He finished fourth at the Carpet Classic and seventh at the Fighting Illini Classic and is ranked 36th in the nation according to the Sagarin rankings, best among the Clemson players.

Cody Proveaux, in his first year with the program, has a 72.92 stroke average for four events.  He finished the fall with a seventh-place finish at the US Collegiate, which had 18 top 50 players in the field.  He also finished 12th at the Fighting Illini Classic and 19th at the Jerry Pate.

Miller Capps, like Proveaux in his first year with the program, had a 74.08 stroke average this past fall.  But, he was Clemson’s top player at the Jerry Pate and his third-place finish was the best by any Clemson golfer in the fall.  He shot an even par 210 score for the 54 holes, including a second round 68.

Blake Kennedy was the fourth Clemson freshmen at the top of the stroke average charts for the fall with a 74.17 average.  He finished 11th at the Jerry Pate with a 218 score, including a second round 67 that was the best score by a Clemson golfer in the fall.

Clemson is one of four ACC teams in the final fall top 25 according to the Golf World Coaches poll.  Georgia Tech is ranked ninth, while Duke is 11th.  Clemson is tied for 19th with Illinois, while Florida State is 21st.  California is the top team in the nation, followed by Texas and Florida.