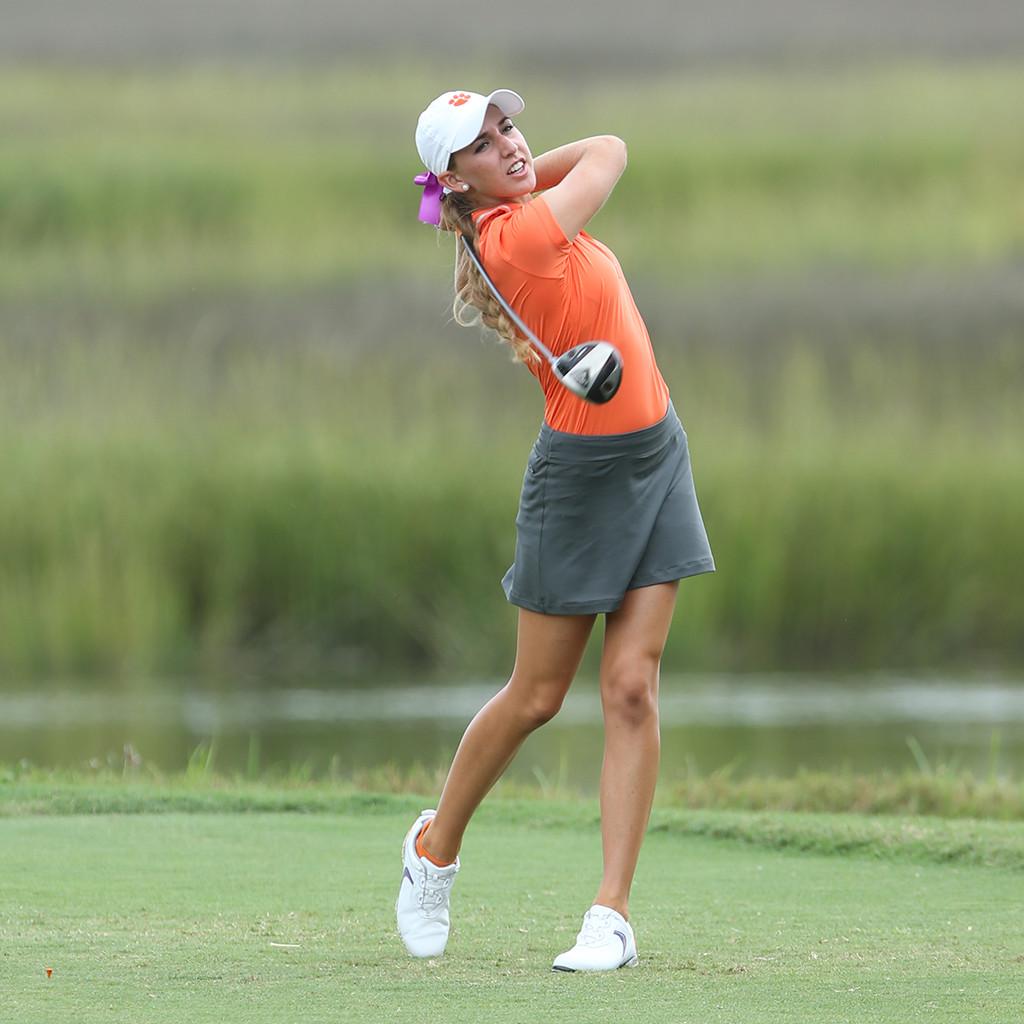 Clemson, S.C.—Freshman Marisa Messana shot a one-over-par 72 that featured a 31 on her final nine holes, to lead Clemson to a 301 team score and 17th place standing after the first round of the Stanford Intercollegiate Hosted by Condoleezza Rice.   The three-day event features 17 of the top teams in the nation at the Stanford University Golf Course in Stanford, Calif.

UCLA has the team lead at 279 after the first 18 holes.  Clemson is the only ACC school participating in the field that includes five of the top 10 teams in the nation.

Messana had a disappointing 41 on her first nine, the back nine on the course. But, she responded with a four-under-par 31 on the front nine.  She finished with birdies on her last three holes (7,8,9) to score a 72, tied for her best score of the year.  Messana stands in 28th place in the field of 89 golfers.

Jessica Hoang was Clemson’s second best player on Friday with a two-over-par 73.  She also had a streak of three consecutive holes with a birdie, as she turned the triple on holes 16, 17, and 18.  The sophomore had a one under 35 on the back and a 38 on the front and is in 45th place after the first round.

McKenzie Talbert had a 77 on Friday with nine hole scores of 38-39, while Lauren Salazar, Clemson’s low stroke average player for the season entering the event, had a 79.  Sophomore Sloan Shanahan had an 84 and her score did not count towards the Clemson team score.

All 17 teams will return to the course on Saturday for the second round. The final round is slated for Sunday.  This tournament will  conclude Clemson’s fall schedule.