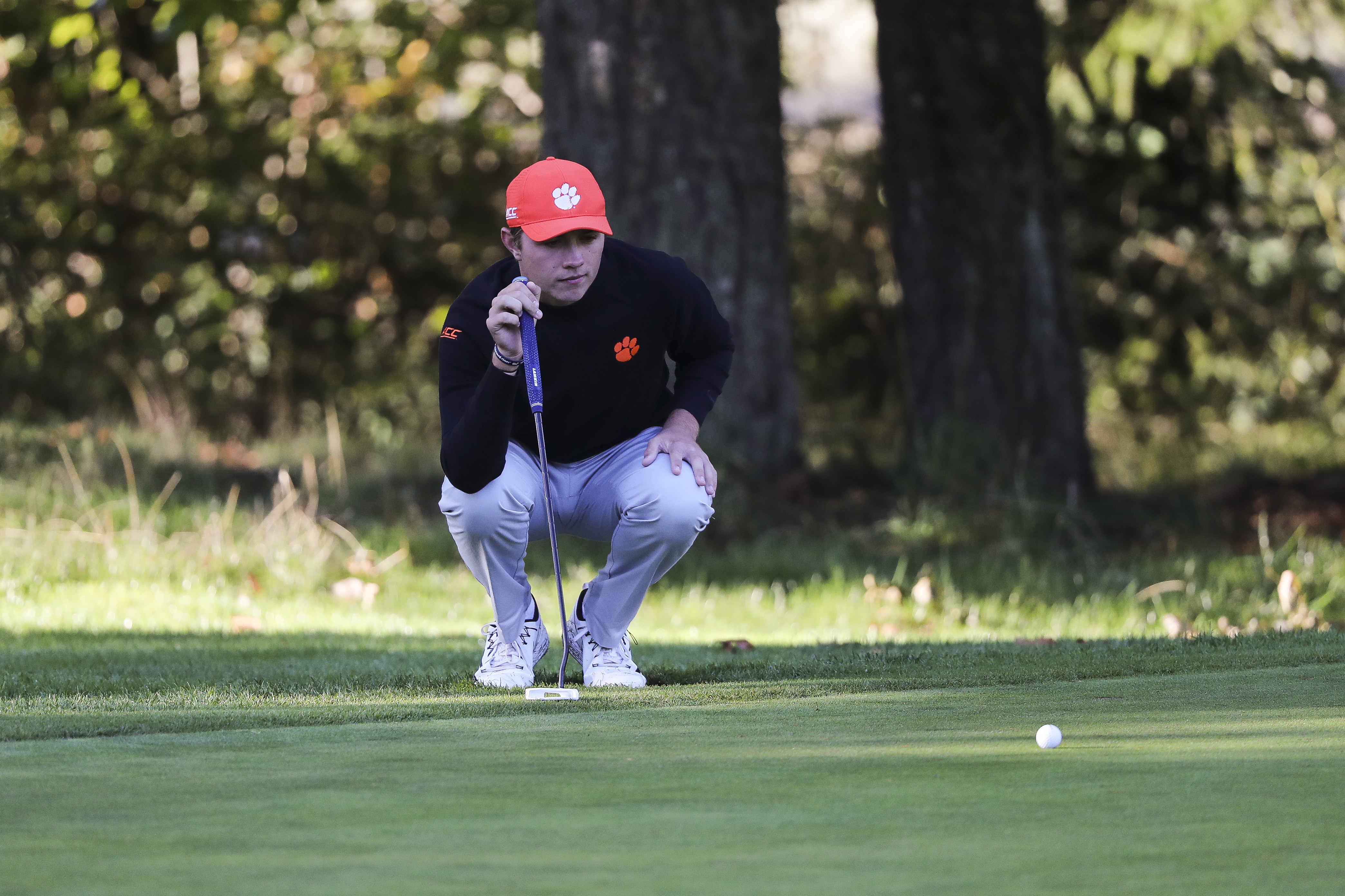 Clemson 12th after first round of Golf Club of Georgia Collegiate

Clemson, S.C.—Clemson shot an even par 288 to rank in 12th place out of 15 teams after the first round of the Golf Club of Georgia Collegiate at the Golf Club of Georgia in Alpharetta, Ga.   The tournament features five of the top six teams in the nation, eight top 25, and 12 top 50 teams according to the latest Golfweek or Golfstat national rankings. The 78-player field has 26 top 100 players.

As an example of the quality of the field, Clemson is tied with No. 1 ranked Texas A&M at 288 and has a seven-shot advantage over fifth-ranked and defending National Championship Oklahoma.

The tournament on the par 72 course near Atlanta continues on Saturday and Sunday. It is the final fall event for Larry Penley’s Tigers.

Freshman Kyle Cottam was Clemson’s top golfer with a three-under-par 69. He is tied for 12th after the first round thanks to a round in which he made six birdies, tied for seventh in the field. He made a birdie on four of his last six holes to jump from 25th to 12th in the standings.

Bryson Nimmer was the only other Tiger under par in the first round with a 71 and he stands in a tie for 25th place in the individual race.   He had four birdies and three bogeys.

Doc Redman had a 73 in the opening round, but played his final nine holes in two under par to finish strong.   Freshman Colby Patton was the fourth counting score with a 75, while freshman Turk Pettit had a 76.